Cardinals Down the Drain: To Night the Impossible Mare?

After the fold below are some text-message exchanges between a family member – one of the many St. Louis Cardinals fans I happen to be friendly with, as I was born and raised in that city and live and die with its team’s fortunes – and me during the past few days of baseball. To give you some idea of our state of mind, the transcript culminates with my pathetically paraphrasing St. Francis of Assisi's Serenity Prayer. We’ll start with those concerning Sunday night’s game at Minute Maid, which the Houston Astronauts won 7-3 to complete what now appears to be a sweep so deep that its impact is less broom cleaning floor than sword nicking several thoracic organs. We – this family member and I – suffered ourselves at that gimmicky monstrosity on Friday and Saturday.

Which brings me to this: I want to let you know that a Wild West homage to middling reliever Russ Springer – his claim to fame is hitting future Hall of Famer Barry Bonds on the fifth pitch of an at-bat in May after missing him with the first four (the San Francisco Giants would sweep the three-game series) – on the Jumbotron when he enters a crucial situation only to immediately give up a run-scoring hit is even funnier than it sounds.

Also, snaggle-toothed trash sitting in front of me, Barbara Bush is not a "nice lady," and, yes, actually, Chris Burke is more of a cesspool than the city of New Orleans. Also, angry dork in Crawford Boxes, please refrain from breathing heavy threats into my ear just because I said you’re not allowed to drink Anheuser-Busch products and that your girlfriend’s mom gave me a blumpkin in the bathroom. Also, ribbon matrixes lining upper deck, please stop telling me to GET LOUD, especially when Morgan Ensberg is up to bat, and stop saying Jason Lane’s name like that, public-address announcer. Jason Lane sucks. You should not be doing a violent vocal karate-chop in excitement over his plate appearances. And, while I’m here, you suck. Houston really sucks. The Astros suck.

It should be said, though, that the Cardinals suck, too. Nobody deserves the National League Central Division title this season. If they run their table (it’s looking more and more like they will, despite their deficient manager and fair-weather “fans”) the Astros will have won 84 games; the Cardinals, should a Monday make-up game with the Giants be necessary (which it will be if they find themselves a half game ahead of or behind Houston after Sunday’s slate), 85. The Central should just yield, you know? I’d much rather see the LA Dodgers or even the Pedro-less NY Metrosexuals get a World Series shot than to see a Central team get swept again. All right, so, the NL is a joke this year and has been for a few. Well, you know what? The American League just in general is a joke of a joke. The American League is not even worth my having just mentioned them, much less twice. The AL is an affront. Thrice! Sorry.

Back on topic: For perspective’s sake, the Cincinnati Reds still aspire to a playoff spot out of the NL Central as of this writing. Who knows? They could go all Astro on the Astros.

But probably not. If you visit the excellent www.vivaelbirdos.com, you’ll see by the comments therein that people like me are at this point pretty much resigned to our fate, which is to let the Astros overrun us. Even with an edge, however slim and dwindled, the so-called (as distinct from self-proclaimed) Best Fans in Baseball are pretty much ready for the quietus that Houston’s remarkable advance is poised to deal. Our beloved club’s defeatism – the Cardinals had lost seven in a row until Albert Pujols’ not-quite-improbable two-out home run in the eighth inning of Wednesday’s game against the San Diego Padres before folding 9-4 to the Milwaukee Brewers on Thursday, while the Astros have now won nine straight – is apparently contagious. We want to be put out of our misery, immediately if not sooner, and it’s a little bit sad.

I say buck up. It’s not over yet. It’s really just beginning. What a weekend we have ahead of us, my brothers and sisters.

On Friday, Jeff Weaver – the washed-up dirtbag who I’m still not convinced wasn’t my freshman roommate but who has nonetheless proved to be a better pickup than bloated-puncher-of-judges-on-Christmas-Day-in-Aruba Sidney Ponson – will go for the Cardinals against the Brewers and quality lefty Chris Capuano. In Atlanta, the Rocket his own self – oh, shit, son, get the camcorder and party hats and the bullpen ready in the fifth – will pitch against gifted rookie Chuck James. On Saturday, Jeff Suppan will match up with Ben Sheets in St. Louis; somebody on the Stros (at least we know it won’t be that arrogant loudmouth [in a good way!] Brandon Backe) with Lance Cormier. Sunday, scheduled, it’s – good Christ – Chris Carpenter, who should be resting, vs. Carlos Villanueva; Andy Pettitte vs. John Smoltz. I bring all of this up, of course, because momentum is only as good as the next day's starting pitcher.

On Monday, we’ll see what matters and what doesn’t. If I can still synthesize life processes – if the team whose tickets I waited in line for as an infant (by myself) and ever since hasn’t choked away its postseason chances, however short-lived – and if Chris Gray can put down for just a moment his “78704: We’re All Here ’Cause We’re Not All There” souvenir aluminum-foil-enforced combination ladle and thermometer he stirs and gauges the temperature of his homekit cauldron of crystal meth with, maybe we can compile a playoff preview. In the meantime, here are those text messages, in which, I reckon, Believers of the Buzz will find much enjoyment ...

Sunday, Sept. 24
HOU 7 STL 3
“Belliard is a goddamned idiot.”
“His only play. Even with Berkman running. Also, Biggio was out twice.”
“Looked like they could have gotten Berkman. Bunch of losers.”
“Possibly the worst team of all time.”
“Good chance of it.” 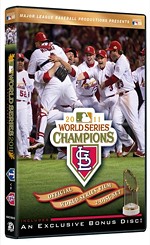