Grimly and the Ghouls
Sometimes it can take some time after a film festival to wade through everything picked up at the vendor tables. But Cannibal Flesh Riot!, the debut mini-feature by director-writer Gris Grimly has turned out to be one of more wonderfully gruesome acquisitions from last month's Fangoria Weekend of Horrors. A tribute to 50's drive-in horror, Ray Harryhausen and psycho-billy music, it's the black-and-white tale of two redneck flesh-eating ghouls and their unfortunate final visit to the graveyard.

The movie, best described as Tex Avery's Evil Dead, is an object lesson for filmmaking hopefuls in turning $6,000 into a fun little calling card. Mixing hyped-up live action, stop-motion, green screen, and a dash of CGI, it proves how available technology has become for film-makers.

Grimly (who counts Neil Gaiman as a fan and collaborator) is best known for his artwork for some of the more delightfully gothic kids books, like vampire romance Boris and Bella, and his own Wicked Nursery Rhymes. "I’m not necessarily a children’s book illustrator," he explained, "as much as I like monsters and horror.”

Glassy-Eyed
We love us some Ira Glass, the bespectacled narrator of This American Life who's fast becoming a one-(wonderfully geeky)man media empire. Ira and his show have already conquered radio and TV (and mugwear...); now they're toying with taking on theatres.

This from the latest TAL e-newsletter:
"We're planning a This American Life stage show that would be filmed and sent live — live! — via satellite to movie theaters across the country. It would include Ira performing a radio piece, never-before-seen stories and outtakes from the second season of our TV series, audience Q&A, and more."

Sounds intriguing. They're looking for input on how to pull it all off. Take a short survey here. 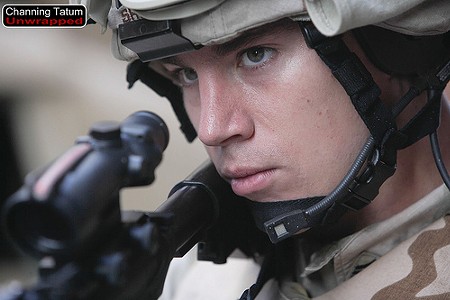 A Good Day for Channing Tatum Fans
Over at Step Up sensation Channing Tatum's official website, Channing Tatum Unwrapped ("Channing Tatum is a gift. Let's unwrap him!"), they sneaked some news we've been sitting on (scooped by a fansite! foiled again!), news that happens to involve a certain Channing Tatum (seriously, it's just fun to say his name) and a certain film that shot here in Austin a while back. Kimberly Peirce's Stop Loss, starring Ryan Phillippe and (you guessed it) Channing Tatum, will screen at the South by Southwest Film Festival in March. (CT fans are already giddy over a previously announced SXSW berth for another film the Tates appears in, Stuart Townsend's Battle in Seattle). SXSW Film won't release the official lineup until February, but be sure to check out our print and web edition of the paper on Feb. 1; columnist Joe O'Connell's going to leak a few more titles... that is, unless we're not scooped first by Jamie Bell's Blogspot... 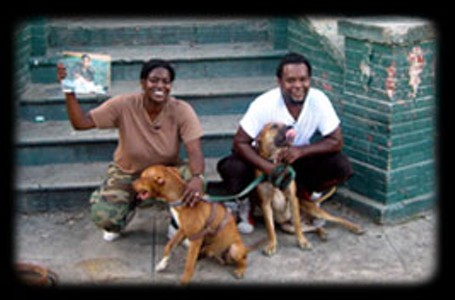 How's Your News?
The news from Sundance just keeps getting better and better for locals: In addition to terrific reviews for Margaret Brown's The Order of Myths and a distribution deal for former Austinites the Duplass brothers' Baghead, Katrina doc Trouble the Water, which was shot by local dynamo PJ Raval, won the Grand Jury Prize for documentary. Nice work, team. Now come home already.

Sony Bags 'Baghead'
Score one for mumblecore. Perhaps riding the past year's wave of quirky, talky, low-budget films championed at last year's South by Southwest Film Festival, Sony Pictures Classics snapped up distribution rights to Mark and Jay Duplass' Baghead after its Sundance Film Festival showing. The Hollywood Reporter puts the deal in the "low to mid six figures." The brothers and former Austinites also had solid cred after The Puffy Chair, which also screened at Sundance, earned an Film Independent Spirit Award nomination for them as "someone to watch."

Sundance: The Order of Myths
The photo I posted yesterday of Louis Black and Jackie “the Jokeman” Martling was taken at a dinner for Margaret Brown’s documentary competition film The Order of Myths. Margaret is the Austin filmmaker also responsible for the lovely musician portrait Be Here to Love Me: A Film About Townes Van Sant. Her new film examines the culture of Mardi Gras in Mobile, Alabama, the location of the oldest running Mardi Gras festivities in the country. Two separate organizations govern the celebrations: one for whites and one for blacks. In the process, she provides a unique look at the remnants of segregation and racism in America today, institutions that, over the decades, have grown in subtlety and as a consequence of universal complacency. The film smartly avoids blame-mongering in favor of a display of the deep roots of our racial enculturation and complacency. We’ll have much more to say about Brown’s film when it inevitably plays in Austin.

What Will Robert Do Next?
There was one big question at last weekend's Fangoria Weekend of Horrors: would guest of honor Robert Rodriguez spill the beans on his next project?

Rodriguez, who received a Half a Lifetime Achievement Award, disappointed anyone expecting Barbarella or Sin City 2 to be next on the slate. Both projects are go, but the Writers Guild of America strike puts both on hiatus. What seems likely to get to the screens first is Shorts, which he called "Pulp Fiction for kids." That's the structure, not the body count: he compared it to Little Rascals, a series of short, interlocking stories that he's been working on for a while.

He's thinking about collaborating with another director (and no, it's not Quentin Tarantino.) Apparently he and James Cameron are keen to work together, but "he's swamped with his stuff, and I'm swamped with my stuff."

Sundance: Jackie, Ohhh
Can’t resist posting this photo taken at Sundance of Austin Chronicle editor Louis Black with Jackie “the Jokeman” Martling, the notorious comedian who is a frequent visitor to Austin. As a passionate listener of Howard Stern, Black has been a longtime fan of Martling’s. This chance meeting is the happiest I think I’ve seen my boss in this new millennium.

The Horror of Selling Out
Ever wonder why legendary film makers sometimes become hacks? Harry Knowles of Ain't It Cool News has a theory. "The reason that people like John Carpenter and John Landis aren't making the movies we want is that producers have no memory."