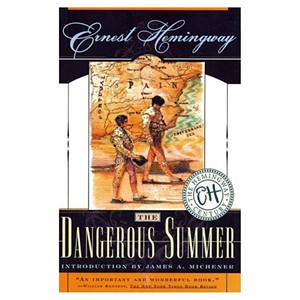 Books! And Movies! And Bulls!
We've never been huge fans of Ernest Hemingway – the effect of too many fiction workshops with tortured boys-who-would-be-Papa, writing "muscular" prose. But we are big fans of free books, and the makers of SXSW film The Matador, which screens in the doc competition, will be giving away copies of Hemingway's bullfighting book The Dangerous Summer to the first 200 in line at The Matador's March 10 premiere. Another 100 will be given away at the second screening on March 11. Olé!

Hall of Fame Shuffle
The Texas Hall of Fame Awards are always a good time, boozy and freewheeling, with an "anything goes" attitude. Well, something's up and gone already, actually – previously announced inductee Thomas Haden Church (Sideways) had to cancel for the March 7 ceremony. Additionally, the Austin Film Society has announced a new drop-in: Those famously hairy hellcats ZZ Top will accept the AMD LIVE! Soundtrack Award, with Billy F. Gibbons, Dusty Hill, and Frank Beard in attendance.

Dan Rather will host, and Tess Harper and Luke Wilson will present awards.

For more info, check out austinfilm.org.

Dance, Extra, Dance!
Want to get your pop groove on with Vanessa Hudgins of High School Musical and A.J. Michalka of singing sisters Aly & AJ (not to mention Lisa Kudrow of Friends, Scott Porter of Friday Night Lights, and Gaelan Connell of Chocolat)? Lots and lots of extras are needed for the pivotal battle-of-the-bands sequence in the film Will this Sunday. You must sign up in advance by calling Beth Sepko Casting/Third Coast Extras: 472-5385 x1.

Andrés Useche Sings for 'Change' (the Obama Kind)
We freely admit to having teared up at the end of a recent Obama campaign ad, so it goes without saying that we were just about wrecked by a four-minute-long Spanish-language music video promoting cross-cultural support of Barack titled "Si Se Puede Cambiar (Yes We Can Change)".

The video was originally intended for Spanish-speaking Texans but, as with seemingly all things in life, this one's gone viral – netting a national audience and 50,000 hits in three days.

Produced by filmmakers Eric Byler (AMERICANese) and Annabel Park for United for Obama, an Asian-American and Latino organization, "Si Se Puede Cambiar" features singer-songwriter Andrés Useche woefully asking (in Spanish) "What did FEMA do after Katrina?" and "What was the purpose of this war?", played out over black & white photos of flood victims and the commander-in-chief in that dumbass flight suit. Oh, and Kal Penn, too! We're sold.

Spirit Huzzahs
Texas was well-represented – and rewarded – at this year's Independent Spirit Awards, with Laura Dunn nabbing the Truer Than Fiction Award for The Unforeseen and Chris Eska winning the John Cassavetes Award for August Evening. Both films premiered at last year's South by Southwest Film Festival – and speaking of, SXSW Film producer Matt Dentler co-hosted coverage of the awards on IFC.com with IFC's Matt Singer and Alison Wilmore. Check out Dentler's indiewire blog for all the dirt, as well as snaps from the event. 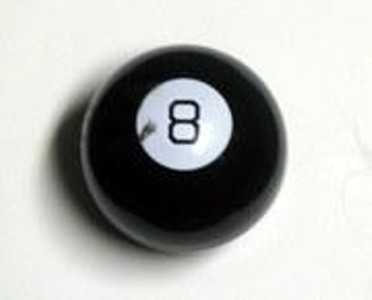 Magic Eight-Balling the Oscars
Save our annual autumnal cuddle-up to Vince Guaraldi’s A Charlie Brown Christmas (sometimes, when we’re feeling lowly, we cheat and break it out in June), there are few traditions we hold fast to. But the Oscars? Well, that’s a no-brainer. (And sometimes a full-weeper – dead-people-montage aside, we totally teared up when C. Kaufman won a few years back.) We like it best when we’re in our jammies, with mimosas, and practicing our very own “I’d like to thank the Academy” on pee breaks.

In anticipation of Sunday night’s broadcast, Senior Film Editor Marjorie Baumgarten and I, and maybe some others, will be gnashing over the Oscar noms and making our predictions with Merle Bertrand on his KMAC show “The Director's Cut” tomorrow (Saturday, Feb. 23) at 10am. You can livestream the show here.

The King of Fuzz Tonight!
Just a quick reminder: Biker/surf maestro Davie Allan and his Arrows will be at the Alamo Drafthouse at the Ritz tonight, Feb. 20, at 9pm (see our own Margaret Moser's interview with the king of fuzz.) They'll be playing live before a screening of biker movie Devil's Angels, a film so obscure Quentin Tarantino has only ever screened a trailer for it at a QT Fest.

Don't let the Christmas albums fool yah: This is the man behind the fuzz on the soundtrack for Roger Corman's Hell's Angels-baiting The Wild Angels (the "social organization" was so incensed at Corman's portrayal of them as a biker gang they swore revenge – by suing him for $1 million for defamation.)

But let's not forget tonight's feature, starring John Cassavetes in the same year as his Oscar-nominated supporting role in The Dirty Dozen. It's also the only (and rarely seen) biker movie directed by Daniel Haller, who spent most of the '70s and '80s working on every TV drama from O'Hara, U.S. Treasury to Airwolf. But he will always be remembered as the director who brought not one, but two H.P. Lovecraft stories to the screen: 1965's Die, Monster, Die! (aka The Color out of Space) and 1970's The Dunwich Horror.

Gordon Green Goes Ganja
The trailer's up for Pineapple Express, one-time Austin resident David Gordon Green's collaboration with Superbad's Seth Rogen and Evan Goldberg. Green (who made the gorgeous All the Real Girls and dirty-Gothic Undertow) may not seem like the obvious choice for a comedy about two stoners on the lam, but when I interviewed him about a million years ago (er, 2001) – my first-ever filmmaker interview, in fact – he enthused then about his fondness for Seventies cop and/or car genre pics like Electra Glide in Blue. Pineapple appears to be channeling some of that enthusiasm – even the name (which refers to an extra-special strain of weed) sounds like a throwback; by the time m.i.a.'s "Paper Planes" kicks in on the trailer and James Franco kicks his foot through a windshield while still driving, I was sold. It's a redband trailer, which means only them's over 18 are welcome to enjoy the pervasive language, drug use, sexual references, and violence.

SXSW 08 Gets Bloody
Good news for gore fans and insomniacs (that may be a tautology): Six horror films will be getting their world premier as part of the returning 'Round Midnight stand at South by Southwest.

Last year's 'Round Midnight saw early screenings of Severance, zom-com Fido, the Peter Jackson-sanctioned Black Sheep and the U.S. debut (whoops, make that regional) of the amazing The Signal, which may be the most innovative and artful horror movie since David Cronenberg went legit, and gets a broad release on Feb. 22. Then there was the U.S. debut of New York-based were-rat shocker Mulberry Street, and the world premiere of Borderland (based loosely on the bizarre and horrific 1989 murder of Mark Kilroy in Matamoros, Mexico. The UT student was sacrificed by a drug gang as part of a religious ceremony.) Post-SXSW, both films were picked up for the After Dark Horrorfest (the one-week only nation-wide horror festival): now, as part of the 8 Films To Die For, both get a DVD release on March 18.

This all comes after the world debut at SXSW 2006 of post-modern slashermentary Behind the Mask: The Leslie Vernon Story, which has become a cult classic. So not a bad blood-stained record, really.