Maternal horror with a clinical twist 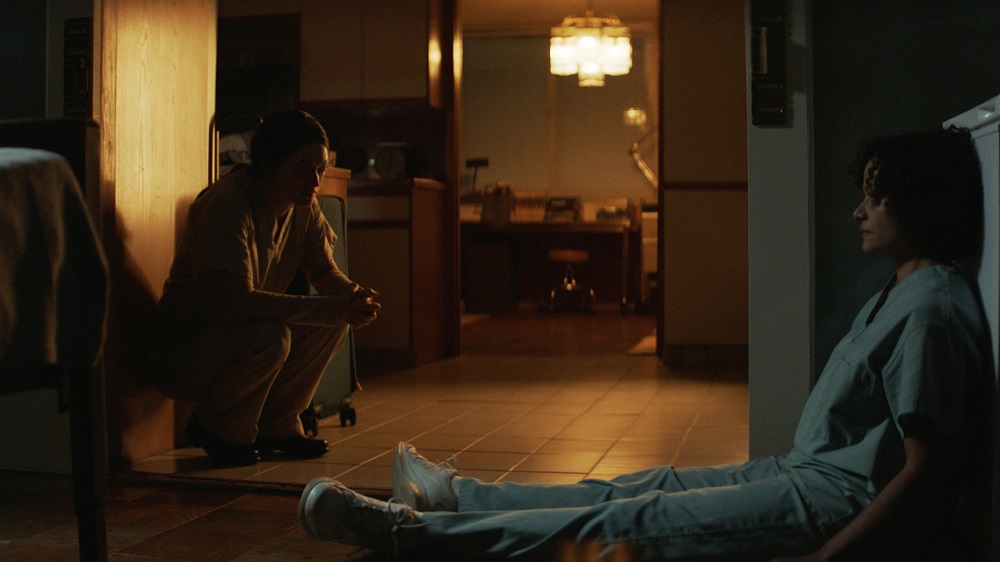 Two of the great motivators of accidental malice (after "God told me to" in drama are the quest for scientific knowledge and maternal instincts. Birth/Rebirth posits the combination of the two as a tragic tale of terror.

Screening as part of the 2023 Sundance Film Festival before debuting on horror streaming service Shudder later this year, Birth/Rebirth finds two women crashing into each other at the intersection of life and death. Callous and dispassionate pathologist Rose (Marin Ireland, Hell or High Water) is engaged in a series of very much off-the-books experiments in her home and also the occasional bar toilet: Celie (Smile star Judy Reyes, back in her Scrubs scrubs) is a maternity nurse whose plentiful compassion is still spread so thin that she cannot feel anything but guilt when her own connection to motherhood is severed. The out-of-the-blue death of her daughter is what brings her into Rose's world, but death is only a diagnosis.

Comparisons have inevitably made to Frankenstein, Mary Shelley's seminal contemplation on the act of creation: but if you want a modern NYC riff on that story, it's in Larry Fessenden's Deranged. While both films share a grimy, methodical, analytical viewpoint on Shelley's story, arguably Birth/Rebirth has more connection to Bride of Frankenstein. In James Whale's 1931 adaptation of the novel, Frankenstein creates life: but in the sequel, the focus was on conquering death, and that's where Birth/Rebirth centers itself, with an especially grisly twist. Moreover, it positions Ireland as the amoral experimenter, Doctor Pretorius. She imbues Rose with a cold, vulture-like sense of disconnection, as if she's been waiting for an opportunity like this to be wheeled on to her slab.

But what is Pretorius without Henry Frankenstein, and that's Reyes in an astounding portrait of a woman getting hollowed out by every nightmarish decision she makes with the best intentions. After all, what mother wouldn't commit a few medical atrocities in her quest to resurrect a dead child? Her increasingly disturbed sense of grief is arguably reminiscent of Ireland's performance in Southern Gothic nightmate The Dark and the Wicked, even though it finally reels into a different kind of sickening horror.

It's in Birth/Rebirth's examination of the intersection between motherhood and research ethics that the script by director and Laura Moss and cowriter Brendan J. O'Brien into new, strange, dark territories, topics complimented by medically-accurate gore that reflects the horrifying decisions that Celie makes with increasing ease. Ireland portrays Rose as disassociated, rather than indulging in the same monstrous glee as Pretorius: but it's Celie's self-justifications that make Birth/Rebirth ultimately so distressing.