Director of the new Marine drama from A24 on learning empathy 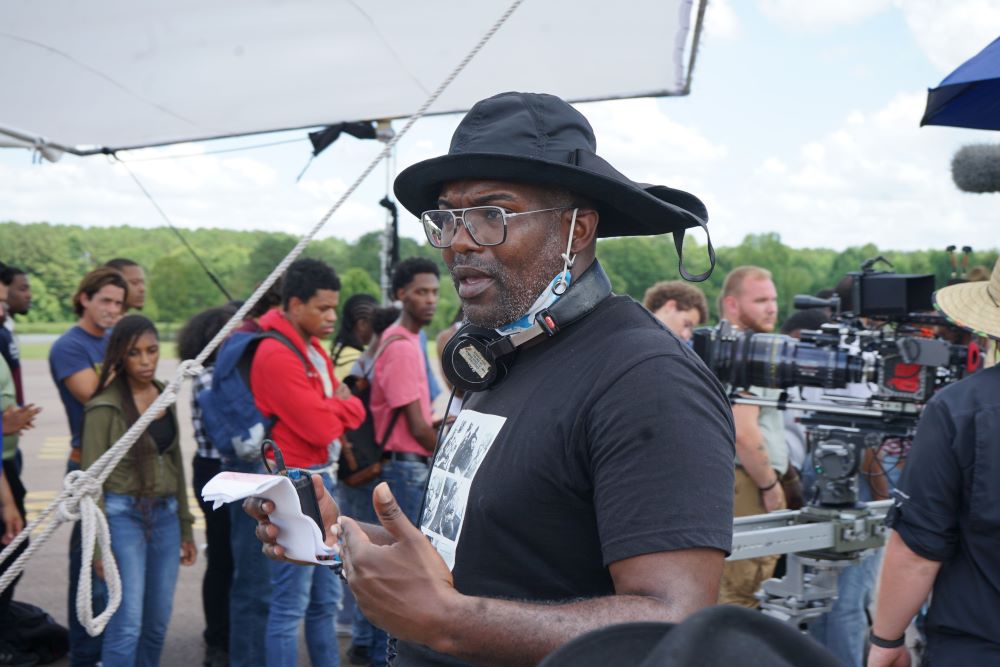 Writer/director Elegance Bratton on the set of his new film, The Inspection (Image Courtesy of A24 Films)

The point of a uniform is to make everyone the same. But a few feet of cloth cannot change the inner nature of an individual. When filmmaker Elegance Bratton joined the Marine Corps, he was asking himself one question: "How am I supposed to get by in the skin that I'm in?"

The search for an answer is at the center of The Inspection, the debut narrative feature from the documentarian behind Pier Kids. Its heavily autobiographical story draws upon his time as a Black gay man in Marine boot camp, and how that experience changed his life forever.

He credited his thusband and producing partner, Chester Algernal Gordon, for encouraging him to tell this particular story. Bratton had just sold his first television show, ballroom documentary series My House, to Viceland, "and I had a little bit of money in my account for the first time ever." Faced with what may be the only opportunity ever to not take paying work for six months, Bratton sat down to write a script: in fact, he wrote three, and one of them was The Inspection. He presented all three to Gordon, who told him, "'The thing you do best as a storyteller is taking the audience to a place they can't go without you, and so your first film needs to be personal so that maybe they understand you.'"

So he selected The Inspection. His proxy in the film, Ellis French (Jeremy Pope) has been kicked out of his home aged 16, and spent a decade living on the streets before signing up as an act of last resort - exactly Bratton's own trajectory.

Worst of all, he was lacking not just the support system but the social knowledge base to stop his accelerating slide. Being Black and gay had lead to him being excluded from "many of the things that mean do. When you're not invited to be on the team, and you're not invited to fix the car, you're missing out on really important socializing time during which men pass opportunities to each other."

Age 25, he was living in a homeless shelter "and I saw, looking around, that the room was filled with Black men a lot older than me, and I felt like, 'Is this my future?'" That's when he made a realization "that I had to join something that I would not remain the same after that." The next day, a way out presented itself when a Marine recruiting sergeant approached him. "It was just how he looked in his uniform, and I told him, 'Listen, if I can look halfway as good in that uniform, sign me up.' He demanded respect in any room he walked into, and I just didn't know how to do that."

The filmmaker recalled, "By the time I arrived on the doorstep of boot camp, I thought I was pretty much worthless, that my life had no value, meaning, or purpose. And I was fortunate enough to have someone tell me that was a lie. That, in fact, my life wasn't worthless, because I had a responsibility to protect the Marine to my left and my right. And that concept that I mattered because I could protect people was something to hang on to [because] to have someone as strong as him, as dignified as him, tell me I was important because I could protect him, I ran with it, and honestly I took that lesson from boot camp to right here, right now, having this interview with you." 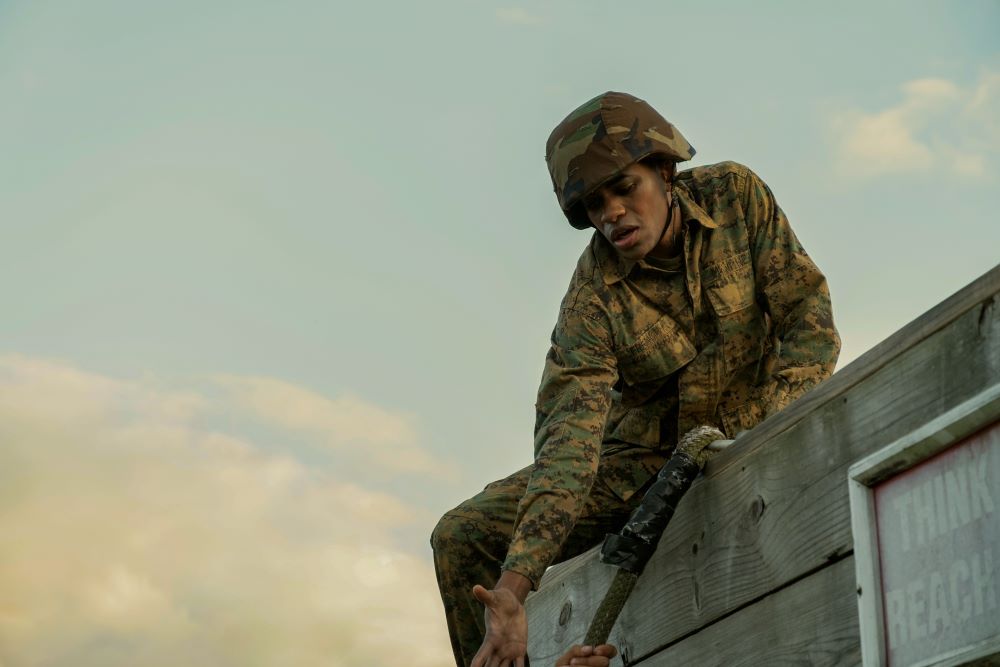 While the movie is autobiographical, Bratton described Ellis as "a much more heroic version of me," but also a condensed version of himself across time. "It's 100% autobiographical when it comes to Ellis' hopes, fears, and motivations [but] written with the knowledge that I've gotten in my life, as a grownup."

The Inspection will not readily be interpreted as military propaganda, nor as anti-military rhetoric: it's too immersed in Bratton's own experiences of the military as both a place of brutality and one of the few successful social safety nets in America. For all its macho culture it was one of the first places were women were guarranteed equal pay, and even the regressive compromise of Don't Ask Don't Tell created a complex space that allowed queer people to serve. Moreover, while he still faced homophobic bullying and harassment from his fellow Marines, "If you were to mess with me and you weren't in my unit, all of my unit is going to be on you, no matter what they said."

Dis that mean compromising who he is? Absolutely, Bratton said, but as a Black gay man "no one is imagining the world with us in empowered positions. Thus, if there's a box open, you may have to contort yourself to fit into it."

Moreover, the point of the film is not where he was, but what it taught him - empathy for others and for himself - and that's the lesson Bratton said he hoped audiences take away. "You are as important as your ability to look after others, and we all have a responsibility to look after each other."

The Inspection is in theatres now. Read our review and find showtimes here.

The Inspection, Elegance Bratton, A24