Farewell to the Future at the Final Other Worlds Film Festival 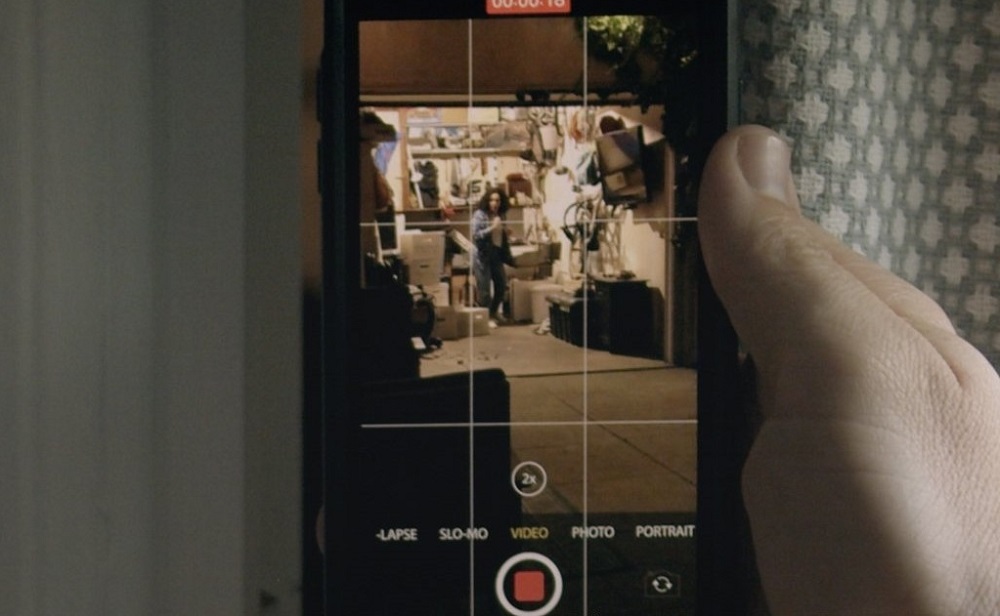 Between Before, the final closing night film at the last ever Other Worlds Film Festival

If you look at the schedule for this year's Other Worlds Film Festival, it's the lineup of a festival on top, packed with world and U.S. premieres of new sci fi and horror movies. "Nine years ago, when we first started, we couldn't have gotten that," said Bears Rebecca Fonté. But it's also the last lineup.

This weekend's festival (Dec. 1-4) will be filled with bittersweet moments for founder and festival director Fonté, as it closes the book on nine years of the festival as one of the preeminent genre gatherings in the U.S. But it's a moment they knew had to come. Fonté said, "Part of why I announced it when I did, during Fantastic Fest, was so that I couldn't change my mind."

The announcement was also a way to ensure that the Other Worlds fans and team members would be able to beam in from wherever they are. Fonté explained the early announcement was so that "everyone knew ahead of time, so that they could have that moment to celebrate, because I'm really proud of what we've built in the last nine years."

Other Worlds came out of a desire to prove that it could be done: both that there was an audience for smart, character- and story-driven sci fi and horror films with challenging, thoughtful narratives (for Fonté, the hallmarks of an Other Worlds selection), and that after several years programming the Dark Matters strand for the Austin Film Festival, that Fonté was the person to do it.

With encouragement from the late Corey Mitchell, founder of the equally unique and deeply missed Housecore Horror Film Festival, in 2014 Fonté and the team held the first Other Worlds, then called Other Worlds Austin. But even before that, they'd provided a forum for genre films, hosting screenings for Tara Anaïse's wilderness horror Dark Mountain (one of Fonte's last selections at AFF) and survival chiller Dead Within.

“I’m really proud of what we’ve built in the last nine years.” - Bears Rebecca Fonté
It's a festival that has provided a venue for filmmakers whose work just didn't seem to fit into other festivals: filmmakers like Sarah Adina Smith, director of The Drop and episodes of Room 104 and Legion whose debut feature The Midnight Swim played as one of the festival's first films in its year-round Orbiter programming, and artist/director/game designer Claire Carré, whose debut Embers took home the inaugural Mary Shelley Award for women filmmakers. Then there are the host of filmmakers who got their first ever festival laurels there, many of whom have stayed in contact with Fonté.

It's not just individual filmmakers. The festival gave a platform to smaller distributors and production houses, like Canada's Black Fawn (the shingle behind Other Worlds selections like I'll Take Your Dead and The Heretics, and Austin-based Paper Street Pictures, who return for the final year with not one but two titles: the latest horror-comedy from Austinite Emily Hagins, Sorry About the Demon, and the sequel to Other Worlds 2019 centerpiece film Scare Package, meta-laff-riot Scare Package II: Rad Chad's Revenge.

It's built a community of which Fonté is proud, and it was a tough decision to disperse it. But, for a multitude of factors, it was one that had to be made. Fonté admitted that they had been considering handing off the baton of the festival after its tenth year ("I don't think anyone should control a festival for more than 10 years, just because it becomes stale), but the timeline was disrupted.

First, the pandemic, "which was hard for small businesses and non-profits," put everything on hiatus. The team still tried to keep working through it all, with a virtual festival in 2020,before returning in-person with a horror-themed minifest, built around the Underworlds horror sidebar, and a full festival last December.

But even with that enthusiasm and returning audiences, the finances were tougher than ever. "There's not as much funding out there," Fonté said, "and it's really hard to get funding for a non-profit that's not built around a social issue."

On top of that, there was a change in how attendees decided to come. In previous years, the festival had seen a large number of sales as soon as badges go on sale in the spring: but, like many events, Other Worlds saw those badges still sell, but much closer to the actual event. Basically, nobody wanted to make plans six months out, but that's exactly when the festival had to start budgeting: without that seed money, it made planning infinitely harder. "We're getting a lot of good badge sales right now," said Fonté, "but we needed them back in March when we put them up for sale."

In the middle of all this, in January 2021 Fonté became artistic director of aGLIFF, the All Genders, Lifestyles, and Identities Film Festival. Running two festivals is challenging, and Fonte said they increasingly realized that it was going to have be one or the other. Like Fonté's original idea to depart after a decade, the rest of the team was ready to step aside and the idea of just handing it off to a stranger seemed wrong, "so I guess I'm just handing it off to posterity."

But none of that made the decision to bring Other Worlds back to Earth any easier, because there just aren't that many film festival like it. Since 2012, it has provided a unique forum in Austin, and arguably America, for smaller genre films - especially science fiction titles, which face constant challenges on the festival circuit. As Fonte told the Chronicle back in 2014, "There are a ton of sci-fi films out there, maybe they’ve played another festival, maybe they are a bit more indie, but right now those films have nowhere to play in Austin. I want to create an outlet for those films."

And in many ways, Other Worlds 2022 will still be a classic Other Worlds. There'll be an opening night film "that will always be something that has a little kick and energy to it, that has adrenaline and will kick the festival off in a happy, uplifting way." This year that falls to chronal crime caper The Tomorrow Job, while sci fi relationship drama Between Before continues the questioning tradition of closing night films "that leave you with something to think about." Fonté laughed. "And I'm not going to not have a time travel movie, just because it's our last year. They're my favorite."