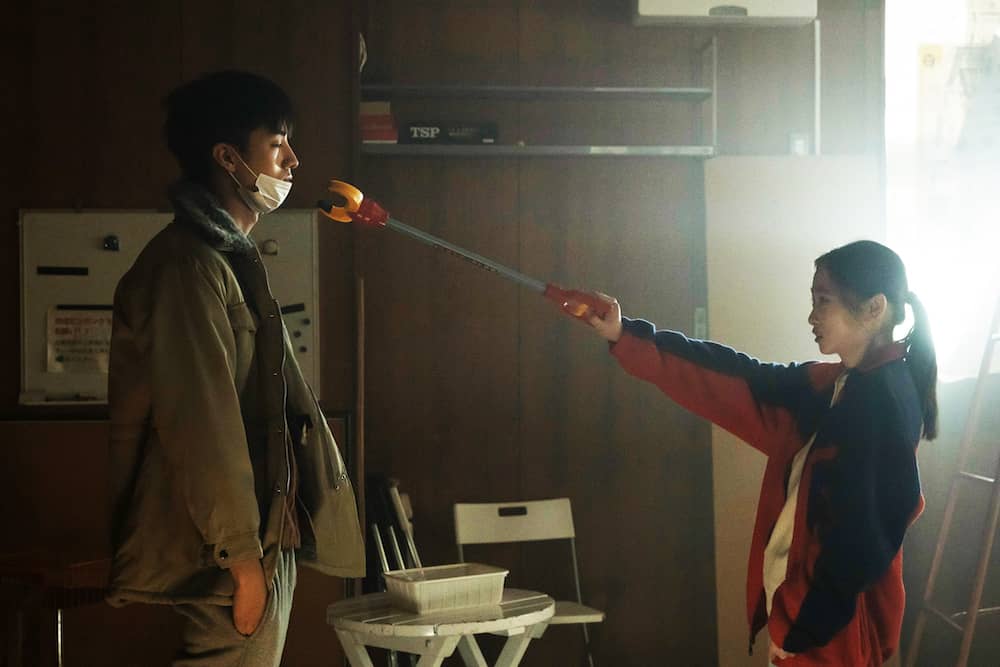 In international horror films or thrillers, cultural context is crucial.

Many of these films communicate societal ills or concerns that may not translate to American audiences. This makes it important to hedge your criticisms of any international title; odds are the film was not made for a viewer exactly like you, and what comes across as underbaked to western audiences might unfold beautifully to its native audience.

At the same time, audiences can only work with the information presented onscreen. All of which is a roundabout way of saying that what feels uneven in Shinzô Katayama’s Missing might be elements lost in translation – but absent additional commentary or context, the film still feels like a prestige thriller that punches below its weight class.

After the death of his wife and the loss of the family business, Satoshi (Jiro Sato) seems to drift through life, cobbling together part-time work and disappointing his daughter, Kaede (Aoi Ito). But when Satoshi claims to encounter infamous serial killer No Name (Hiroya Shimizu) on his morning commute, Satoshi’s subsequent disappearance sends Kaede on a citywide search – and puts the entire family in the crosshairs of No Name himself.

On paper, Missing has all the trappings of a high-concept violent drama. The film unfolds in fragments, slowly adding context to its central mystery – the disappearance of Satoshi and his connection to No Name – while finding moments of pathos for its core group of characters. In a surprising twist for any thriller, the middle section hits the hardest. Satoshi’s reflections on his relationship with his dying wife are complex and heartfelt, and the looming presence of No Name as an agent of not-unwelcome death adds real-world complexity and the promise of a dignified death.

But there is a tension between narrative and characters that is sometimes hard to navigate. In the eyes of his daughter, Satoshi is a bumbling alcoholic, but so much of the film hinges on an aptitude for violence that never feels fully earned. Likewise, No Name is a bundle of contradictions, some intentional – his simultaneous affection for and abuse of Satoshi is one of his more humanizing traits – but more often leaps of filmic logic. And while Missing frames its cat-and-mouse game against bleak landscapes of urban decay, these choices often feel more aesthetic, not story driven.

Twice in the film, No Name is confronted with questions about his actions, and both times he smiles and refers to those answers as “paid content.” Missing feels like that: a film where some of the most important connective tissue exists only behind the scenes and not on the screen. There are powerful ideas, performances, and images present in Missing, but the film can never quite keep these elements synchronized long enough to pack a memorable punch.