In a move that caught customers and seemingly even its own staff off guard, the Regal Arbor Cinema at Great Hills closed last week with no announcement and a sad lack of any kind of farewell to one of Austin's quietly loved institutions.

How out of the blue? Even late last week, the Arbor's website was selling tickets and advertising new films opening last Friday.

But what any guests got when they arrived at the North Austin multiplex was locked doors and a simple printed sign: "Thank you! It has been our pleasure to serve you at this theatre. Regal Arbor @ Great Hills is now closed. We invite you to visit Regal Gateway or any of our other locations."

Inside, there were Home Depot packing boxes, and the only sign of food in the front-of-house concessions stand was a plastic bag, presumably containing the lunch of someone on the cleanup crew. 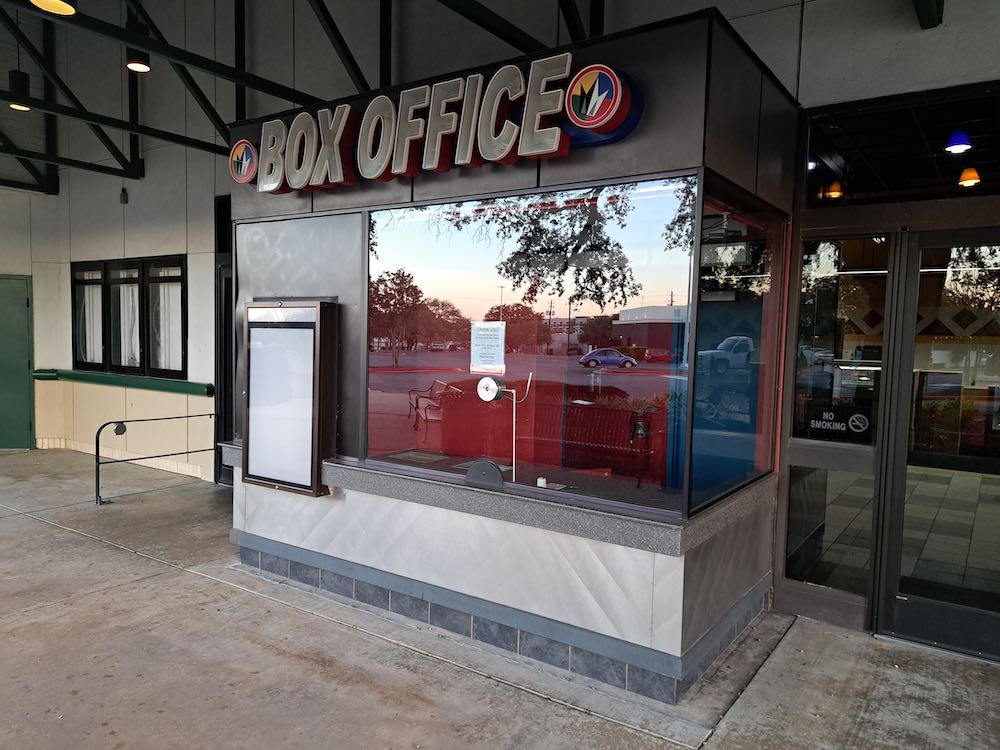 Originally opened in 1989 as the Great Hills 8 Cinema, operated by General Cinema Theatres, the Arbor (as it was later known to regulars) closed in 2000, only to be reopened three years later. Most recently, it was run by Cineworld under its Regal brand – and this seems to be the cause of the closure. Loaded under with $4.8 billion in debt plus location leasing costs, and with only a reported $4 million cash on hand, Cinemark entered Chapter 11 bankruptcy in September, allowing it to refinance its debts and restructure the company – starting with the closure of around 20 sites nationally.

Sadly, the Arbor always seemed a likely candidate for closure. It had become a venue that specialized in art house and independent studio releases, never a big money earner for the chain but an invaluable part of the distribution ecosystem. It had become undeniably run down over the years, due to a lack of investment, and rumors had constantly swirled about potential closure and redevelopment.

However, for its loyal clientele, many of whom are older (the theatre had a loving reputation as the retiree's cinema of choice, especially during daytime screenings), its loss will be immeasurable. Moreover, it will be hard to imagine that the diversity of films it showed (including in the last few months, eccentric British comedy Brian and Charles, French historical drama Eiffel, and music doc Fanny: The Right to Rock) will find a home at the nearby, and more recently renovated, Regal Gateway.