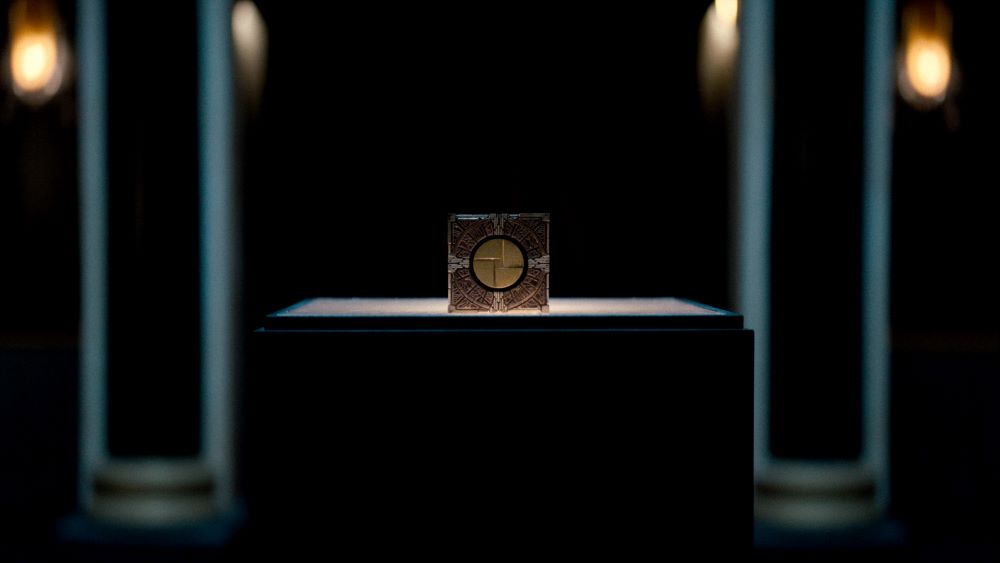 The Cenobites were not the most interesting part of the original Hellraiser. Nor were they even the primary villains. That was Julia, at first glimpse a fairytale evil stepmother, but truly one of '80s horror's greatest creations.

Why? Because she was an adult. As slashers ran amok across the summer camps and campuses of the era's screens, the idea of a horror femme fatale was intriguing and alluring. Because of her, the first two films in the franchise (always acknowledged as the best) had a dark and grimy sensuality to them, erotic and unnerving. They were films about adults, about passion and betrayal, corruption and obsession. As for the Cenobites, they may have become the breakout stars of the series, but the stylish saints of sin have always been better at selling t-shirts than tickets, as the rapid financial decline of the series after Hellraiser III: Hell on Earth has shown.

So when it was announced that David Bruckner (The Signal) would be directing a re-imagining from a script by Ben Collins and Luke Piotrowski (Super Dark Times, it felt like pieces were clicking. After all, their last collaboration, The Night House, was also a tale of mature concerns, of widowhood and terrible choices.

Yet the result, which debuted last night as the second secret screening at Fantastic Fest before debuting on Hulu Oct. 7, makes a cardinal mistake in its genesis: its protagonist is an angsty 20-something who drags her fellow 20-somethings into a BDSM-tinged Hell. What feels like a studio note (gotta get the kids in!) leads to an unraveling of the themes that have allowed the series to endure, even through a series of cash-in straight to video and VOD sequels.

This time, the foolish mortal who opens the Lament Configuration is Riley (Odessa A’zion), a recovering addict who is lured into stealing the demon-summoning puzzle box by her somewhat-boyfriend (Drew Starkey). Or rather, she's the second person, as a sic-years-earlier prologue shows that decadent (read: perverted) art collector Voight (Goran Visnjic), who has now disappeared - as does Riley's brother, the first time she twists and turns the devil's plaything. This is when she and her friends decide to Scooby-Doo their way to working out why there's an increasing list of people in their lives vanish with a tormented shriek. Most of those disappearances are Riley's fault, stretching any empathy: it's not A'zion's fault, as she does the best she can with a scarcely coherent and often infuriating character.

Bruckner is faced with a near-impossible conundrum: to refresh the series, but without getting too far away from what was recognizable. It's like how Ben Lovett (who also scored Bruckner's 2017 folk horror, The Ritual) folds in the instantly recognizable violin sting from Christopher Young's original score. It's in the look of the Lament Configuration: it still looks like the Lament Configuration from the earlier films, just a little bit gnarlier.

As for the Cenobites themselves, the designs by Keith Thompson (with the input of series creator Clive Barker) are intriguing, stripping away the black leather of the originals and replacing it with body modification - skin stretched over bronze and gold, torn away, latticed and threaded, pushed to the limits of recognizable as human, which these creatures once were. Of course, emphasis is placed on Jamie Clayton as the beast formerly known as Pinhead, now back to the official nomenclature of the Hell Priest. But name change or no, stepping into that sinner's footsteps always means following behind Doug Bradley, for whom Clive Barker wrote the original part. It's like anyone but Gunnar Hansen being Leatherface: you'll always be one of the other Leatherfaces.

But what's really missing is the illicit and arcane thrillseeking. Hellraiser, at its best, should be a carnal headrush. There's not much fear or lust summoned, watching some great practical prosthetics shamble slowly, especially when the Cenobites definition of eternal pain is both brief and prosaic (the only hint of their implied creativity is in the suffering of Voight, a Baroque Easter Egg for those that endured Hellraiser: Bloodline). Other than that, they're reduced to stylish trickster demons, with only the Priest's chilling serenity distinguishing them from other evils.

This Hellraiser is slick and stylish, but it feels like the ultimate studio-sanctioned version of a transgressive series, one that got away with grisly murder while no one was looking. It may be the third best Hellraiser, but that honor used to go to Hell on Earth.