How the Wizard of Oz shaped the Blue Velvet director 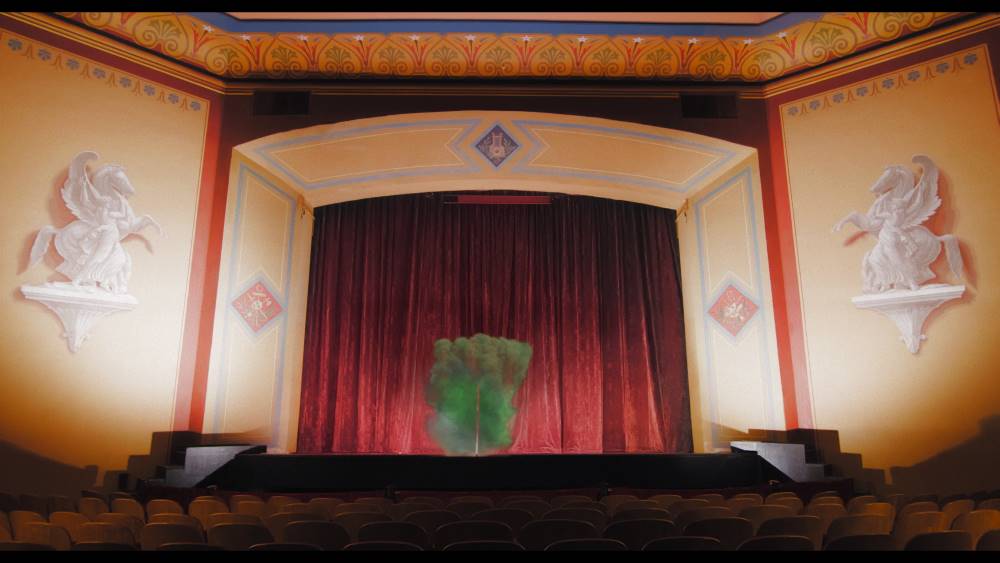 Alexandre O. Philippe has said that he doesn't make documentaries: He makes films about filmmakers. That may seem like splitting hairs, but his works are little to do with chronological recountings. Rather, they serve as academic discussions of a movie or moviemaker.

True, his debut feature, The People vs. George Lucas, did little more than inadvertently add credibility to the generation of Red Letter Media-esque nitpickers who came after, while his sophomore work, the zombie-centric Doc of the Dead, was an undergraduate thesis at best. But, like all researchers, his technique has been finessed over time. Memory: The Origins of Alien may be the definitive postproduction making-of about the xenomorph origin story, while78/52's scalpel-fine dissection of Psycho's shower scene was too brilliant to be dull, and his arguable Ph.D. defense, Leap of Faith: William Friedkin on The Exorcist, was wisely built on getting out of the way and letting the maverick master speak.

But he would not have that opportunity with his latest subject. David Lynch, historically, has had no interest at all in explaining his work or his influences (as shown in a handful of clips, in which he shuts down such lines of questioning). Instead, he would rather discuss his philosophy of filmmaking, or show off his infamous collection of Woody Woodpecker dolls.

Philippe's solution is two-fold. Firstly, take a singular line of engagement with his body of work – the recurrent referencing of the 1939 film version of The Wizard of Oz – and secondly, let other people do all the talking. Thus, Lynch/Oz, a discussion of Victor Fleming's Technicolor musical fantasy by filmmakers and one lone critic, Amy Nicholson.

If Philippe's earlier best works felt like fascinating and well-referenced research papers, then Lynch/Oz is the next stage in academic ambition: a journal, consisting of six essays by other essayists. Joining Nicholson, who really writes the introduction via the importance of a single noise in the opening of Oz, are six filmmakers, each with their own thesis. Karyn Kusama, for example, goes for the thematic resonances between Dorothy's journey home and Diane's delusions in Mulholland Drive. John Waters, the closest thing to Lynch's peer here, comes at the subject with his usual sardonic charm, and nudges the discussion toward the cinematic ubiquity of Oz and how his own career has intersected with Lynch's.

Some of the suggested connections seem tenuous at best, such as the use of overdubbing and curtains in musical numbers. Both are more readily ascribed to Lynch's fascination with 1950s Americana, with "live" TV performances and lounge singers, than to any of Dorothy's sung yearnings or the Wizard's easily disrupted velvet shield. But then, that would always be the problem with such a collection: When all you have is a hammer, then every problem is a nail, and so Lynch/Oz is at its least interesting when it tries to catalog formal, footnote-able influences.

Instead, it's when Philippe lets the essayists push against the simplest arguments that the film becomes most interesting. Resolution directors Justin Benson and Aaron Moorhead fall down when they make some weak points about Oz and noir. Yet when they delve into the vagaries of perception and mirrored realities (their métier, after all), they touch on something more profound, riffing on similar thoughts raised by Rodney Ascher, who was still working on his simulation theory doc A Glitch in the Matrix while making his segment.

But it's the closing chapter from David Lowery that really binds everything together and gives even the less convincing moments a place in the whole. The Pete's Dragon director doesn't debunk the idea of Lynch being influenced by Oz (that would be idiotic) but instead makes a more convincing argument about the reciprocity of creativity. Oz shaped the cultural landscape but was also shaped by it: Similarly, Lynch was a kid who grew up with the film, and has said he thinks about it daily, but that doesn't mean everything he does came to him via the Yellow Brick Road.

Lowery has a point, and it's bold of Philippe to include an argument that comes painfully close to dismantling the whole reason for the film. True, it's both accurate and a little obvious to see Oz and Wild at Heart as proof of their interwoven histories (the appearance of the Wicked Witch is a bit of a giveaway). Maybe it would be more daring and intriguing to look at Lynch's version of the 1950s, of corruption under suburban perfection. Maybe a follow-up about the influence of Peyton Place is in order, in which case Philippe would be the right director/theoretician for the job. No one does this kind of film better, and even its flaws and occasional moments of repetition between authors cannot detract from this fascinating collection about one of the great filmmakers of our era.