A Fake Disease That Saved Real Lives in Syndrome K 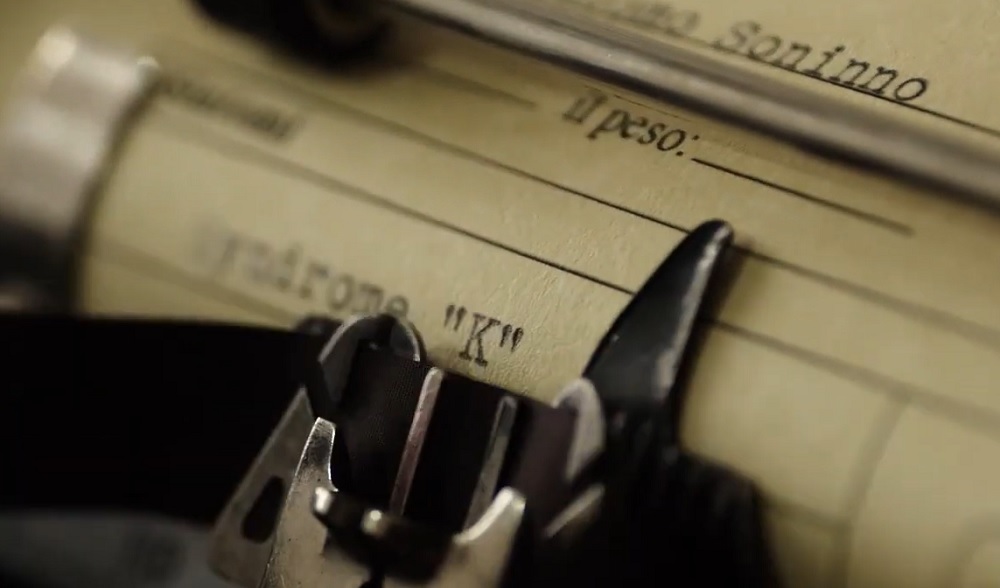 Syndrome K, the documentary from composer-turned-director Stephen Edwards, reveals the hidden history of how a group of Italian doctors created a fake disease to save Roman Jews from the Nazi concentration camps

An insidious lie Nazis spread about Jews during World War II was that they spread disease. As new documentary Syndrome K reveals, a group of Italian Catholic doctors weaponized this idea and turned it against the Reich, inventing a fake disease and saving many Roman Jews from concentration camps.

Directed by Stephen Edwards, the film arrives on VOD this week. It combines archive footage, reenactments, and interviews with the doctors who risked everything in their commitment to save lives, all narrated by Ray Liotta in one of his final performances.

Edwards may be best known in action circle for composing the score for a host of action movies like Bloodsport 2 and Project Shadowchaser II, and the Western rescorings of Honk Kong classics like Tai Chi Master and Fist of Legend, but in 2017 he became a director. His first film, Requiem for My Mother, examined how he navigated his mother, Rosalie Edwards, being diagnoses with terminal cancer through his music and ultimately into a requiem for her that he debuted in Rome.

Edwards called the mystery behind Syndrome K "one of those secret stories." He recalled flying to Rome in 2018 to interview several of the key figures, both medics and survivors, and to get footage of the Great Synagogue of Rome and the Fratebenefratelli Hospital, center of the lifesaving deception. They spent a day wandering around the Jewish community, thought to be the oldest outside of the Middle East, "and we spoke to several elders who had lived their entire life within a stone's throw of the hospital who had never heard of Syndrome K. Then you get us, who live six, seven thousand miles away, of course we've never heard of it."

Fascist Italy had never adopted a formal anti-Jewish policy, but when the Germans occupied Rome after the Italians surrendered to the Allies on Sept. 8, 1943, they immediately began purging Jews, and within little over a month over 1,000 Jews had been sent to the camps. This was the deadly situation in which the doctors formulated their plan and, and had to make it utterly convincing. "They were teaching fake symptoms, there were fake documents, and then shipping the 'patients' off to convents with fake IDs."

Like so many acts of resistance, there really isn't much recorded about the Syndrome K conspiracy. After all, if the occupying Nazis found out that a Catholic hospital in the center of Rome had created a fake disease and was running a plague ward as a place to hide Jews, everyone would have been murdered - especially once they discovered that Syndrome K was named after Herbert Kappler, chief of police in German-occupied Rome.

Even after the wars, Edwards said, "The doctors weren't exactly sitting around, crowing about it. There were maybe two or three interviews with each of them in 75 years, and I was the last one to interview them."

Edwards stumbled across it by complete accident, when he saw a meme about it on Facebook. He became fascinated by this little-known story, about how anti-fascist activist Doctor Adriano Ossicini came up with an idea to save lives by turning Nazi propaganda against its creators. "The first thing I did was look for the documentary, because I figured somebody had to have made this doc. I looked on Amazon, Netflix, the usual suspects, and I couldn't believe it. So I made literally a life decision in 30 seconds going, 'Somehow I's going to make this film. I have to."

Austin Chronicle: It's an incredible story, the idea that you have a group of doctors who make up a disease.

AC: How was the interview process like here, especially considering how old the participants were and how little time you may have to interview them?

SE: The challenge was finding survivors and getting them to agree to be interviewed. ... I decided to make the film and discovered that Doctor Ossicini was 98 years old. I realized that time is seriously of the essence and we need to get over there now and interview him. Our interpreter said, "Look, he's 98, sometimes he has good days, sometimes he doesn't. You might show up and he might go, 'You know what, I don't feel like talking.'" We flew in from the States, we hired a local camera crew, my co-producer was with me - it's not like we could walk down the street and find Doctor Ossicini again.

AC: And this was your second film in Vatican City. Is it particularly challenging to shoot there?

SE: The really interesting bit is when you deal with shooting in Rome, and you're shooting in a Vatican property. (Requiem for My Mother) was shot in a Cathedral that was extraterritorial, so it was outside of the walls of Vatican City but still considered a Vatican property. So we had to get permission from the City of Rome, but we also had to get permissions from Vatican City, and that goes right up to the pope.

If you're just walking around Rome, filming things, they don't say anything. But as soon as you put down a tripod the Carabinieri will find you. So we shot in the Jewish Ghetto with no problem, we shot Fratebenefratelli Hospital - we just walked in and talked to the lady and said, "We're doing this," and she said, "Oh, OK, just go over there." So, for the most part it was pretty easy.

AC: At the same time, this isn't a period of time that reflects well on the Vatican, and a lot of people feel that by not taking sides they inherently took sides. And the story here is about Catholics taking a stand when the church wouldn't.

SE: Doctor Ossicini says something in the doc. He said, "The pope did something, but he didn't do enough." That's his take. My takeaway from is that we have to remember that when the Nazis occupied Rome, there were 1,500 SS troops inside the city walls, which is smaller than Austin, and Vatican City is a sovereign city and it's smaller than an 18-hole golf course. Literally what the Nazis did - and if you go to Vatican City today you can still see it - was that they drew a white line all the way around Vatican City, and it was literally, "You do not cross." Pope Pius XII had no army. He's not going to give carbines to a bunch of nuns and start taking on the SS. You could walk into the Vatican and take the pope hostage, and I find it hard to believe it didn't happen.

AC: It was arguably a functional hostage situation, because once the Vatican saw what happened in Poland they knew they were dealing with a dictatorship that could dismantle the Catholic Church completely.

SE: I've got footage of the Nazis in Vatican City taking art and putting it in a big shipping crate, and it's addressed to Himmler. They were basically going to purge everything.

There were Jews hiding in Pius' summer residence, Castel Gandolfo - it's like the Camp David for the pope - and he had to know this was going on. His archives are open now, and they haven't found a smoking gun where Pius goes, "Hey, good thing they're getting rid of all the Jews." If there was, I don't think I would have got involved in this doc at all.