Silly Canadian comedy-horror gets the biggest laughs from its smarts 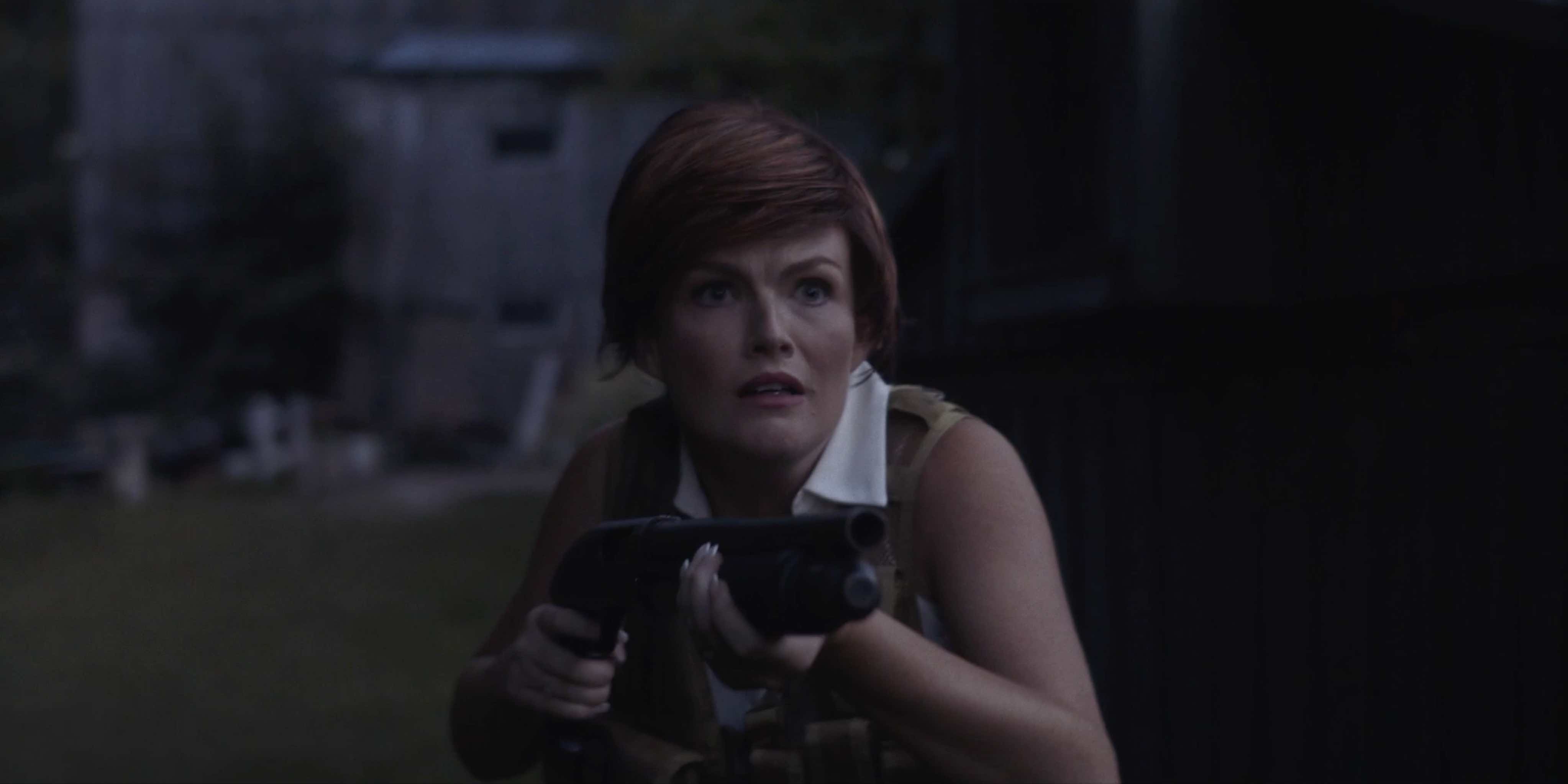 If there isn't a show called Cult Buster, there maybe should be. One of those late-night, syndicated-forever reality shows with an absurd lead character. The kind of show we'd all mock mercilessly. Well, there is no such show, but at least there's Cult Hero to mock it anyway.

The cast and crew is a who's who of Canada's glorious indie chiller scene, including Ry Barrett (out of the hotbed of horror that is Guelph) as Dale Domazar, star of a reality TV series where he breaks people out of cults and deprograms them with all the subtlety and psychological finesse of a brick through a window. A broad spoof of Dog the Bounty Hunter and his ludicrous program, mercifully, Cult Buster is just a show within the show, as the opening scenes, direct from a live special, ensure that no TV network will ever schedule him again.

That's why the posturing poltroon takes a job with realtor Kallie Jones (Liv Collins), who checked her disconnected and depressed husband, Brad (Justin Bott), into what was supposed to be a New Age health spa. She just wants her hubby back, while Domazar is convinced this will help him put that unfortunate mass suicide incident behind him and get him back on TV.

Writer/director Jesse Thomas Cook lampooned the plague of reality TV before, in 2018's paranormal house clearance comedy The Hoard, but that's just one satirical grain of shot fired in this blunderbuss wacky comedy. The cult is absurd and increasingly unhinged, while Domazar is a deliberately one-note creation, a spoof on blowhard depictions of masculinity (his personality can be summed up as "big ego, small screen").

Cult Buster is pleasantly ridiculous – with one gut-buster component in Collins. Initially, Kallie is the Karen cliche amplified to the most screaming absurdity: domineering, permanently in a state of fake victimhood, and jealous of the younger, hotter realtor (Jessica Vano, star of another Guelph classic, revisionist stalker The Demolisher). Under her harsh helmet of a hairdo, her self-obsessed obliviousness is the cause of much of the chaos as the cult starts to see her as the impediment to their cosmic ascension. But as she increasingly pushes Domazar to the side for the useless dork he is, Kallie becomes the real center of the film, and Collins plays her suitably big but with a witty smartness that undercuts all the inherent sexism and ageism of the Karen trope. That, and she's just damn funny.