A resident's-eye view of life in NYC's bohemian hub 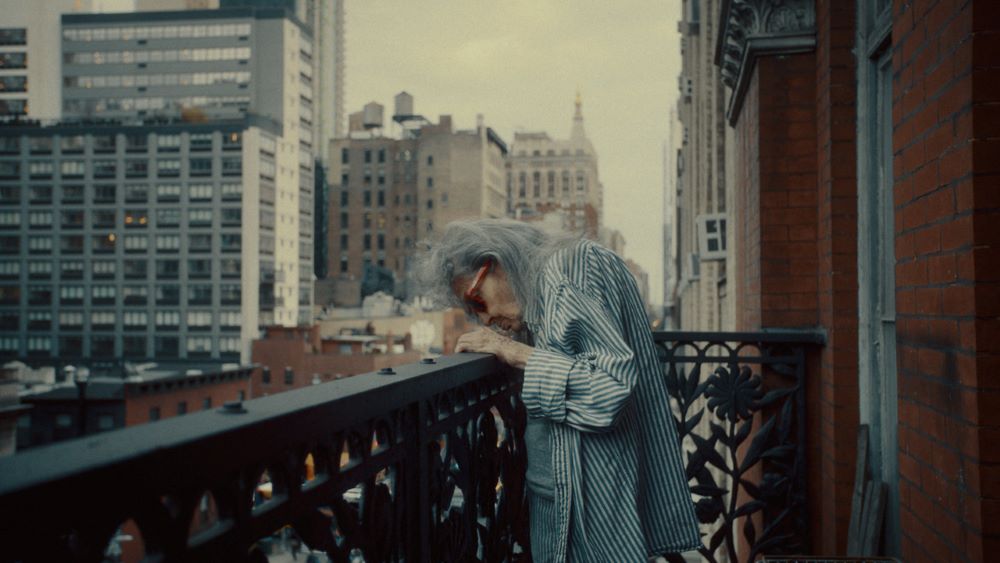 Is there any residence more famous, infamous, blessed, and benighted than New York's Hotel Chelsea?

It's become synonymous with a certain flavor and era of rock & roll excess, with the Velvet Underground, Janis Joplin, and Sid Vicious. But the Chelsea was always intended as a place for art of all forms, opening in 1884 as a cooperative aimed at giving New York's burgeoning and increasingly wealthy writers, actors, and painters a community in which to flourish. After all, the end of the 19th century was when artists went legit, a genuine element of cultured society and not just the poor friend/pet of the wealthy.

None of that history is explicitly stated in Dreaming Walls, the new documentary by Maya Duverdier and Amélie van Elmbt that slides through the walls of the Chelsea like its many legendary ghosts. Or rather, through where the walls should be. They arrive in the middle of the seemingly endless renovations that closed the hotel to anyone except the long-term residents across the 2010s. Most were bought out, but there are human remnants scattered across the floors, the last artifacts of a moment in the hotel's history.

Duverdier and van Elmbt project images of the most famous tenants, those that passed through for a few days, weeks, months, even years, onto the walls and brickwork, but they're not the story here. Instead, they drift from apartment to apartment, finding the voices of those that have lived most of their adult lives there. It's people like Merle Lister-Levine, the choreographer and performer who moved in during the New Wave decadence of the 1980s and now wheels around the hallways on her walker, chatting with the building crews who've been there longer than Sid Vicious was. It's Zoe and Nicholas Pappas, the couple infuriated by the construction elevator that's been going past their windows for almost a decade, and equally angry at the neighbors whose lawsuits and complaints have delayed the inevitable. It's Skye Ferrante, one of the handful of working artists, whose wound wire portraits are both durable and fragile. It's in an especially sensitive, poignant treatment of the oldest resident, the reclusive polymath Bettina Grossman.

All have differing views of what the Chelsea is, was, should be, will be – and that's inevitable, natural, and perfect. It's a building, not a cult, and of course there will be friction from rubbing shoulders in the narrow walls. What made the hotel special, Duverdier and van Elmbt imply, is what also regularly damned it: Manager Stanley Bard may have protected its position as an artistic refuge by accepting art as rent - which is cool from afar – but then he turned a blind eye to the junkies and johns. Just because you're an artist, that doesn't mean you want to step over EMTs dealing with an overdose in the lobby just to get to your mail.

There's no right or wrong here, no clear villains or heroes, simply people who love the Chelsea in different ways, from deeply personal perspectives. It's always been a place where art was encouraged, and to which artists will always be attracted - even post-renovation, when purists will claim that its soul has been sullied. But which soul? That of the architect Philip Hubert's ornate, Victorian Gothic, stained-glass and wrought-iron designs? There're enough archive talking heads pronouncing that all those beatniks ruined that. Is it the rock & roll circus years? Those died in a bathroom with rubber tubing round their arm, and good riddance, some tenants say. Or is it something more ethereal, a ghost of a muse that will always edge the lost souls out of the way, and inspire an old woman to dance again?

Is this renovation the end of the Chelsea? Perhaps. But, as Dreaming Walls suggests (and one-time guest Mark Twain would agree), prior reports of its death were greatly exaggerated.