Inside Season 3 of Barry at Moontower Just for Laughs

The cast spill the beans on Bill Hader's darkest secret 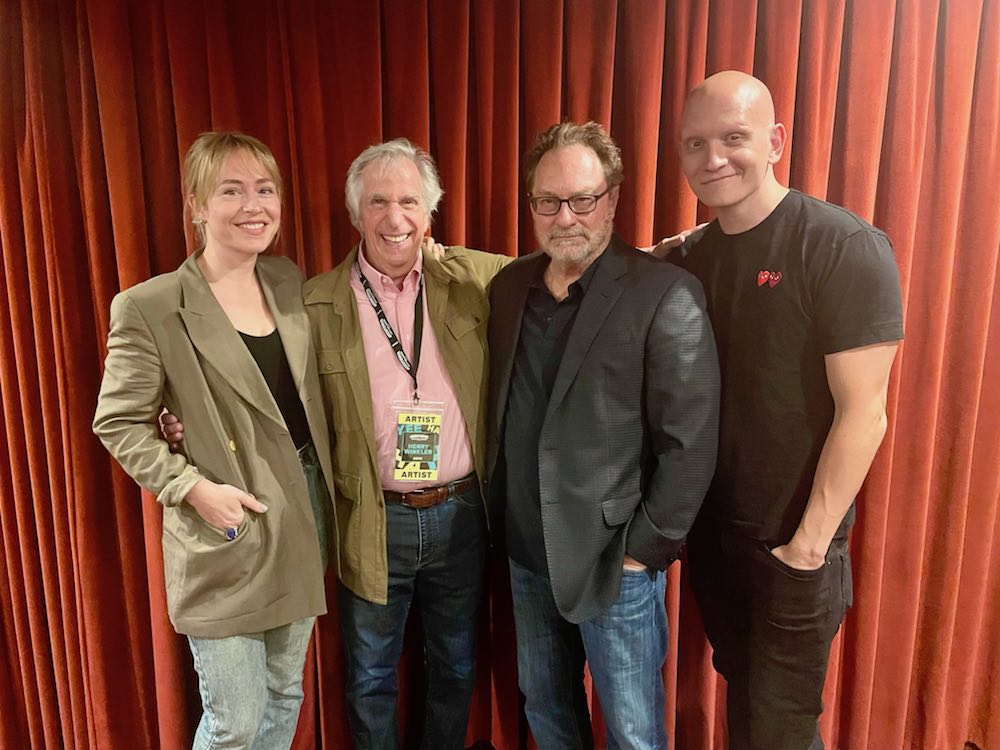 HBO’s hit series Barry - the comedy/drama about a hitman trying to get out of the killer's life by taking up acting - kicked off its third season Sunday night, but not before a special preview screening as part of Moontower Just for Laughs.

In advance of the premiere, members of the cast - Stephen Root (who plays fixer Monroe Fuches), Anthony Carrigan (mobster NoHo Hank), Sarah Goldberg (aspiring actress Sally Reed) and Henry Winkler (oblivious acting coach Gene Cousineau) - were kind enough to sit down with the Chronicle to talk about the show, their characters, and how series co-creator and star Bill Hader is the worst.

Austin Chronicle: Would the audience be forgiven for not knowing if Barry is more of a comedy or more of a drama?

Henry Winkler: Without a doubt.

Sarah Goldberg: I feel like every day we come on set, we go, is this a comedy?

Anthony Carrigan: Right. Is it?

Stephen Root: But we found out at the premier in LA with an audience that it is a comedy.

SR: Which is good. But it's also a heavy drama because we would get to the points, and silence, dead silence.

Anthony C: That's right. Sometimes people would start laughing. What don't I say? And then realize very quickly, oh, oh no. I should not be laughing at this.

Anthony C: And, and it does a great job with kind of messing with the audience's expectation.

HW: Yeah. Stephen said this morning that we are constantly questioning whether it is a drama with comedy or a comedy with drama, because the drama is no joke.

SR: Yeah. There's consequences. They don't mix. And that has been true throughout the show.

AC: There's also just characters like yours [Carrigan’s Noho Hank] that are just the whole thing. Like, this is the joke. Don't listen for anything, just soak this up. So, tell me about your character and what it is. Do you feel like – I don't mean this in a bad way – that you're a walking joke?

AC: Take that in the spirit in which it's intended!

HW: But how do you feel about yourself when you're doing it?

Anthony C: When I'm doing it? I have such compassion for the character and how deeply invested and earnest he is. He's just trying to move through the world in his serious way. He's not taking any of it lightly. He's doing what he thinks is the right thing to do. He's just trying to be suave when he flips his jacket over his shoulder; he's nervous. So yeah. I just have such compassion for the guy. 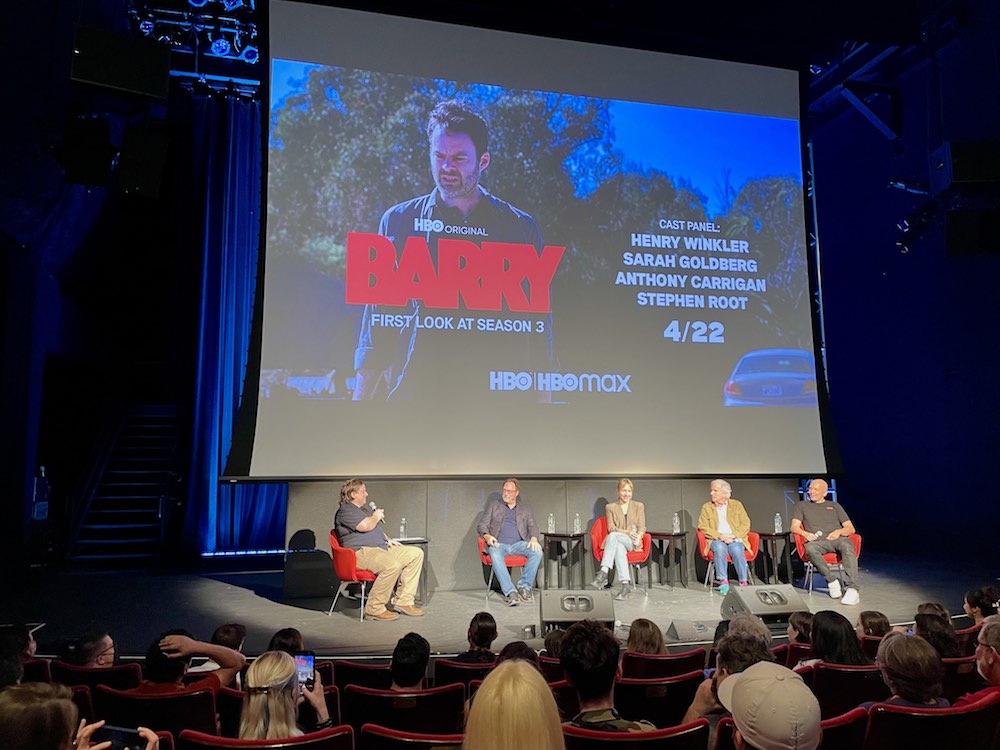 AC: In the interactions you have and some of those other characters, they are men, strong men, even violent men, but thinking men, compassionate men.

Anthony C: He still has a significant amount of blood on his hands. He just has a great bedside banner while he's doing it.

AC: So Sarah, do you have experience being in those type of acting classes and were you the best?

Anthony C: Yeah. I can answer that. That's probably a yes.

SG: No, we did sort of a classical training from Greek theater all the way forward.

AC: How did any of that inform how you go into this role?

SG: Well, I think all of what we do in this job goes into how I play this role. There's so many meta moments on set. Sometimes it's confusing. Whether art's imitating life or life's imitating art.

SG: Yeah. So I think, again, and again, whether it's Henry's audition scene or the scene that I had in season one with my agent, there's so many moments that model what happens in this business with a dark spin or a comedic spin. So we're drawing from our own experience all the time.

HW: We were all talking at dinner last night before Sarah arrived from the airport about Sarah's knowledge about the intellect and the instinctual understanding of the true craft of acting. When you listen to Sarah talk sometimes in an interview, her deep understanding of the craft on every level...

AC: So off the record, but I'm definitely printing it, Bill Hader is the worst, right? Just a horrible human being all around.

HW: He's the worst eater. He has snacks and I wonder, is that real food?

AC: Don't take him to Loro.

HW: I would not. He has banana on something, and I don't quite understand it.

SG Goldberg: It's banana on almond butter on some kind of ...

“When you’re studying acting in the beginning, you’re a barista. You’re making money any way you can and then you spend your hard earned money on class.” - Henry Winkler
SG Ezekiel toast.

SG: He also has a bad habit of slapping snacks out of your hand if you're having a good snack.

AC: He literally slaps it?

SG: He literally hits the snack out of your hands.

HW: Yeah. That's the extent of his worseness.

SR: He does ruin many scenes laughing.

HW: He's directing you, and he is acting with you, and sometimes you have to remind him not to mouth your words.

SR: Because he's written them.

SG: So he's there mumbling them along on camera.

Anthony C: It's hysterical. It's great.

AC: So Gene Cousineau's character, there's so much there of parent figure, big ego, but also the opposite of that. What's going on with that character?

HW: I'm hoping, but I'm going to write you immediately.

HW: He started based on a character that is well known in LA. I will tell you this one fact: When you're studying acting in the beginning, you're a barista. You're making money any way you can and then you spend your hard earned money on class. He made his students buy his original art. That will tell you everything you need to know about his guy. So I started there and then it came out of me. We have two incredible leaders, Alec [Berg] and Bill who said, "Oh, yeah. We could add that." So he is evolving and I'm just grateful.

Barry Season 3 is on HBO now. 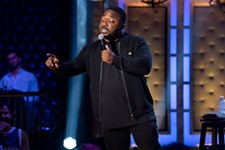