Richard Linklater: In Defense of Animation 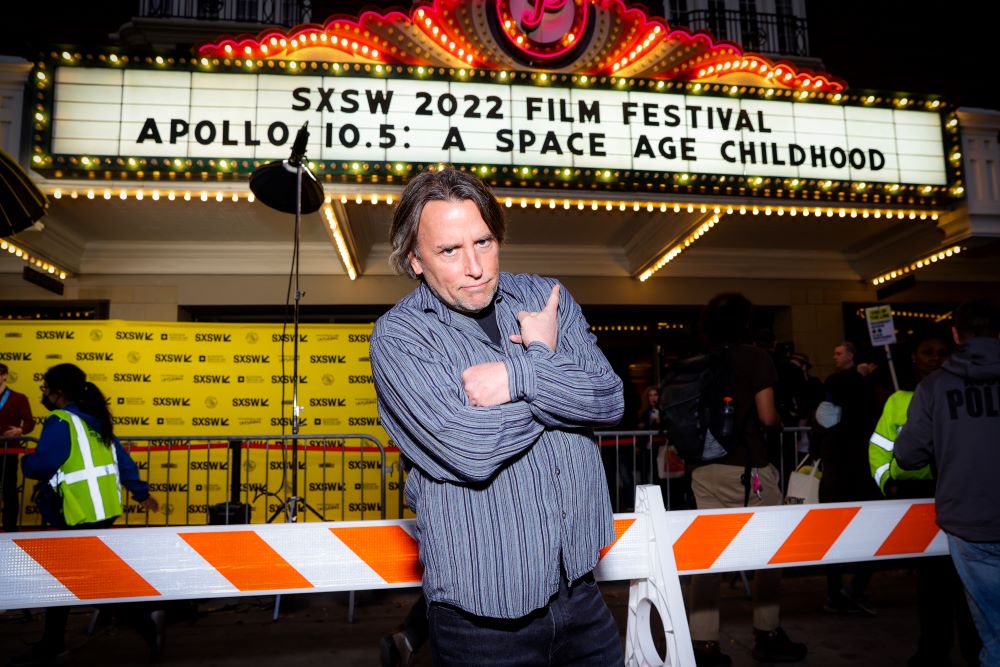 Richard Linklater at the world premiere of Apollo 10 1/2: A Space Age Childhood, his latest animated feature, at SXSW 2022. (Photo by Rich Fury, courtesy of Netflix)

When animation was belittled by this year's Academy Awards hosts – not once, but twice – as just for kids, every animator groaned at the stereotyping. That includes Richard Linklater. He said, "It frustrating/insulting to animators and storytelling in general when you imply, like they did at the Oscars, 'Oh, it's only for children.'"

Linklater should know, as he's on his third animated feature and none of them fall into the long tradition of princesses and fairytales. His first, Waking Life, was a surrealist dream: his follow-up, A Scanner Darkly, was pure Philip K. Dick paranoia; and now Apollo 10 1/2: A Space Age Childhood, is a reminiscence of growing up in the shadow of NASA as the world waited for the first manned flight to the Moon.

“It kind of bugs me when people say, ‘Oh, it’s nostalgia-induced,’ but nostalgia’s a double-edge sword, isn’t it?”
Yet even in a year when queer immigrant documentary Flee made the nominee list, the idea that cartoons are a genre, not a creative process, still has weight. Linklater pointed directly to the outsize influence of Disney in the artform, "and they want that to be all people think, that, 'Oh this is the kids realm.' It's not like that, it's never been, but there are forces out there that want that to be the sole perception. There shouldn't be things out there in the world limiting what people's perceptions of what something can and can't be."

Growing up, he said, "Animation wasn't just the realm for kids. ... I could say that I liked 101 Dalmatians, but I kinda liked Yellow Submarine, too. I kinda liked Ralph Bakshi, As I got a little older, we'd sneak in and watch Fritz the Cat." Even so, "starting out as a filmmaker, I wouldn't have thought I've had animation as a form of expression, but it worked out that way, to have stories in my head that only worked better animated, worked better animated than live action, and I guess I've been lucky to find the right form and to be open to that. ... It's a color on my expression palette."

Apollo 10 1/2 is part of a rare subgenre of space movies, and even within that small catalog Linklater is part of a very special cadre of filmmakers. As a member of the board of Houston Cinema Arts he's been a long-time judge of an annual film competition in which NASA ("my favorite government agency," he said) opens up its expansive archives to filmmakers to use in a film. "Thirty or forty percent has to be from the NASA footage but they can do whatever they want - documentary, narratives, experimental," said Linklater. "As I've been developing this film in parallel for years and years, it's fun to see what other people do with the material."

The one lesson he'd really learnt about footage from the exploration of space, he added, "is that it can be anything. It's such a ubiquitous backdrop that you can just let your imagination run free." 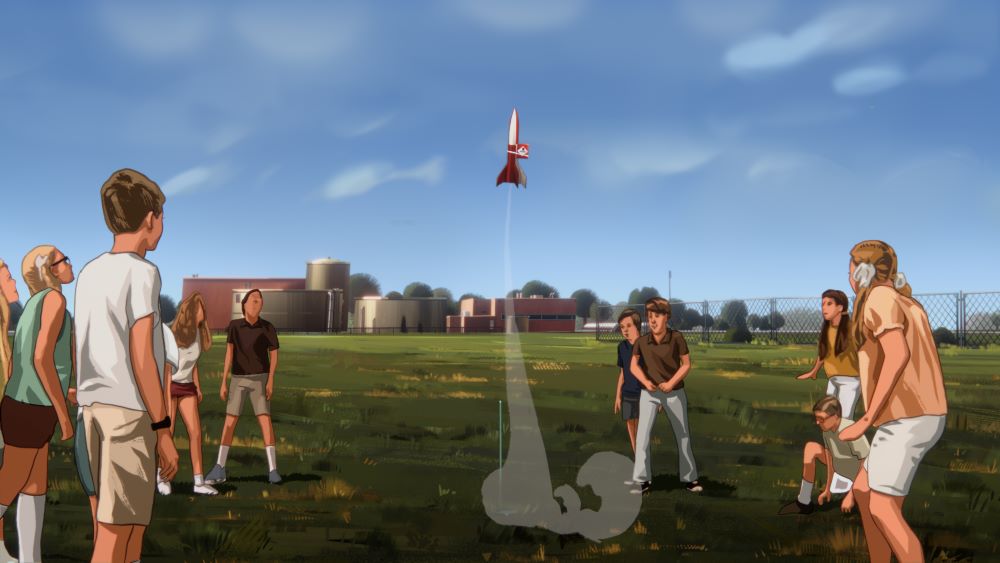 Austin Chronicle: After watching the film, I had a conversation where someone told me how the film brought back memories of their own childhood - especially scenes like biking behind the DDT truck when it was misting.

Richard Linklater: Yeah, it kind of bugs me when people say, 'Oh, it's nostalgia-induced," but nostalgia's a double-edge sword, isn't it? You look back as an adult, and nostalgia represents how you were before you know how the world works. Once you fully understand the world, you can only be so fond of it because there's a certain critiquing that creeps into your consciousness.

The film, I think, purposefully does that. It takes a kids view but layered in with insight from an older viewpoint. You can look at it and go, "Is that not child abuse? Is that not child neglect?" You can go, "Maybe, but that was just the world we were living in at the time." The social morays of the time. Culture has the right to pick and choose what it wants to, and what it wants to discard, and you hope that people are picking and choosing the right things.

AC: I spent most of my childhood sleeping next to a radiator with 10 layers of lead paint.

RL: [Laughs] explains a lot. I've always said that about myself. I was a mediocre student ultimately because I would climb up on things and falling off and knocking myself unconscious a lot as a little kid. I think I have gaps.

AC: Speaking of concussion, you mentioned at the AFS Cinema screening that there was a whole segment of Houston wrestling scene that got cut.

RL: You know the history of Houston wrestling? Do you know who [promoter] Paul Boesch is? It was a big wrestling town.

AC: Oh, yeah, Houston's historically been a huge wrestling town. So why cut it?

RL: I was definitely pushing the bounds of how much TV should be in a movie. I had to settle on certain things, so I missed an animated section of all the Saturday morning cartoons of the era, this Houston wrestling section that I got to recreate all the wrestlers I knew from the era. You never knew that they were probably regional guys that people in New York or California had never heard of. But to me they were these gods, no different to Joe Namath or Willie Hayes. You saw it at that level. You never realized that they probably had another job somewhere, or whatever their life was. And it is sad, that the mortality rate of wrestlers was up there with rock stars. They died so young.

I also cut out a section of afterschool local Houston kids programming. Every town had that. Dallas had Mister Peppermint, we Cadet Don and Kitirik. You'd go on your birthday and ride a little ride, or be interviewed, and they'd show cartoons. As a kid you don't make the distinction between that and some national show.

AC: Must have been easy to go down with the research rabbit hole when someone sends you some footage and you go, "Wow, I forgot this ever existed," or "Whatever happened to that show?"

RL: We got to spend years of "Wow." We had researchers, Bailey [Mata-Crane, archival researcher] and Lara [Morgan, assistant] and Mike [Blizzard, producer], we were all just pulling up stuff, and some of it end up in the script. The script was a work in progress, sometimes depending on what we were getting.

Read more about the film:

• "Richard Linklater's Memories of the Moon in Apollo 10½," March 25. Linklater, producers Mike Blizzard and Tommy Pallotta, and Steph Swope and Craig Staggs of animation studio Minnow Mountain explain how the film went from live-action to animation (and how it was almost stop motion).
• "The Animated Childhood of Milo Coy in Apollo 10½," March 25. The young star of the film looks back on his green screen adventures.
• "Glenn Powell Touches the Animated Stars," March 11. The actor and Linklater regular discusses his part in the production.