Sundance Review: Something in the Dirt

Benson and Moorhead get cosmic and claustrophobic 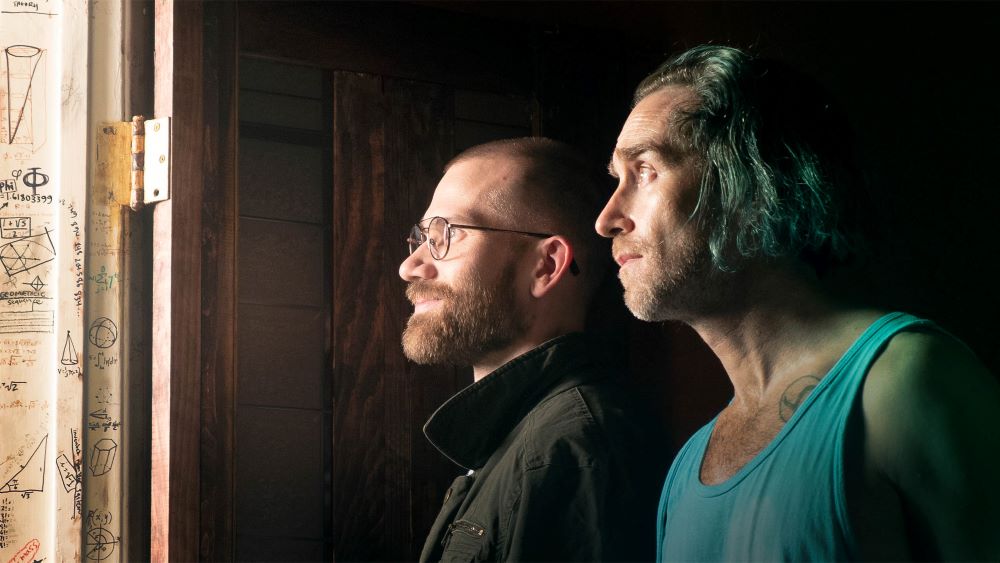 There are two recurrent threads in the creative collaborations of Justin Benson and Aaron Moorhead: how we tell stories, and the convoluted nature of male relationships. Their latest, Something in the Dirt, circles right back to those concepts, but with a fresh trajectory and, as always, uniquely enthralling perspectives.

Many filmmakers had to recalculate their processes during the pandemic, but their lockdown production is more of a refinement. As in 2018's The Endless (which gets a cunning Easter egg here), the duo are also their own leads: but whereas that film had them as bickering siblings, Something in the Dirt presents them initially as utter strangers. Levi (Moorhead) and John (Benson) just happen to be neighbors in the same low-end Los Angeles apartment building. Otherwise, it would be hard to see why they would have anything to do with each other.

Their position as relative strangers raises the question of trust, and that's the component of storytelling that quietly energizes the story. What initially plays like a narrative feature soon blurs into mockumentary, with talking heads interjecting on the proceedings, explaining that what the audiences is viewing is a tragedy. But what exactly are we watching, and what roles do the two men play in it? At the same time, what exactly is the mysterious artefact that Levi found in his apartment?

Oh, that's right. There's a third element to their work. Eldritch, cosmic horror. What they think is an ashtray turns out to be something much more, and the lo-fi chills set them off on this weird obsessive path to work out what it is. The lack of answers, and the duo's accidental codependence, becomes a search for meaning that's swallowed up in all the coincidental conspiracy and supernatural theories they've absorbed from pop culture over the years.

The end result is captivating yet slippery, and could be off=putting if it wasn't for the dynamic and cunning appeal of Benson and Moorhead - both as filmmakers and performers. Something in the Dirt is a conversational chamber piece, if the chamber was a leaky apartment, with undefined menace floating like the ash from the smoke-covered and dry-as-kindling hills. languorous conversations are intercut with stock footage as footnotes, but while the script is laden with both doom and understatedly humorous banter, Benson and Moorhead are not afraid of laughter. Not easy gags, but the kind of little twitch that elicits an uexpected barking laugh. They're cerebral horror's Abbott and Costello, and that's a huge compliment.

Sundance Film Festival, Something in the Dirt