Inside the relationship that defined an era of TV 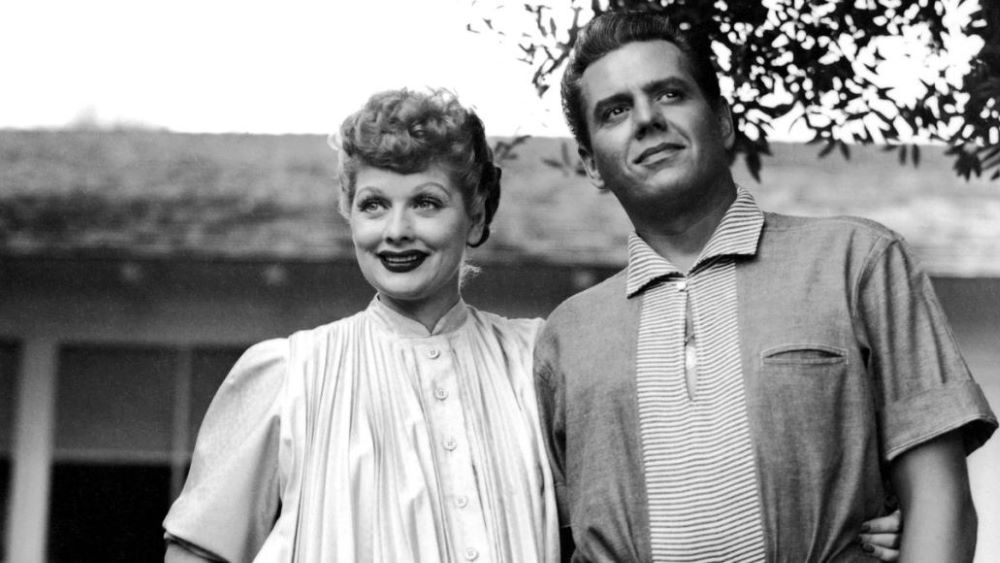 It's often the job of a biographical documentary to make the audience appreciate the impact of their subject. Often, this ends up overinflating their role in culture, but in the case of Lucy and Desi then the gamechanging nature of the partnership between Lucille Ball and Desi Arnaz almost seems understated.

The third feature for director Amy Poehler (after comedies Moxie and Wine Country) and her first documentary, it's an insightful look at what drove the two entrepreneurial performers, and drew them together. It's probably best summed up by the influence of Ginger Rogers, who Ball admired not for her talent or her connections (her mother was, after all, one of the biggest casting agents in Hollywood), but in her determination to be the best on set. Ball's perpetual belief that no one was better than "a trouper," and Cuban refugee Desiderio Alberto Arnaz y de Acha III was exactly that. The hardest working man in the room and the hardest working woman in the room found each other, and that's where Poehler finds what really cemented their relationship: that they were both caught in a dance of desperation (Arnaz's name for the conga, the dance that he made his own in America), both caught with childhoods shattered by violence, and left supporting multiple generations of their respective families.

Poehler, through archive footage and modern interviews (most especially with their daughter, Lucie Arnaz) recounts their relationship chronologically, and focuses all their undeniable impact through simple, emotional, personal perspectives. Ball, the studio contract player and model, saw comedy as her path to continuing success beyond B-movies, and if that meant pratfalls, then so be it. That she would become one of the all-time best physical TV comics was an act of career determination, just as pushing CBS to have her husband Desi as the romantic lead in the TV adaptation of her radio smash, My Favorite Husband, was about getting him off the road so they could be an actual family.

Of course the end result is I Love Lucy, a show that obliterated conventional wisdom about the ways a woman could be funny, or that a Hispanic actor with an accent could only be a heavy in a Western or a thug in a crime series. But the story doesn't stop there, because no I Love Lucy, no DesiLu productions, no Star Trek ... that ball rolls a long way, and and its reverberations are still felt, but Poehler keeps her camera trained on what that meant for Lucy and Desi, and their decades-long interwoven personal/professional/romantic/creative relationship.

Ultimately, the film's focus shifts more solidly to Ball. It's tough for it not to, with luminaries like Carol Burnett and Bette Midler emphasizing the importance, personally and professionally, of the great comedian to their careers, and to the whole idea that women could be funny - especially pratfall funny. Yet, bar Charro and playwright Eduardo Machado, there aren't enough voices talking about how Arnaz changed the cultural landscape for Cuban-Americans, how he broke a color bar when mainstream TV put the white into white picket fences.

Moreover, when it comes to a love story, one with a sad third act, Poehler seemingly falls into the same trap into which many pop culture historians have tumbled, of sidelining her second husband (comedian Gary Morton) and his second wife, (Edith Hirsch). Yet it's also undeniable that the duo remained in each other's orbit through thick and thin, and the closing archive footage from the 1986 Kennedy Center Honors is one of the purest tear-jerking moments of the year.

Lucy and Desi screens at Sundance Film Festival through Jan. 26 and will be released by Amazon on March 4.