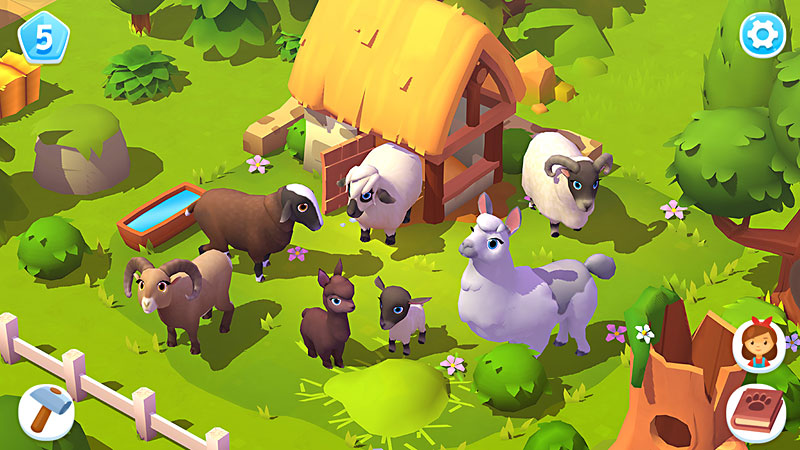 Farmville 3, developed in Austin by gaming studio Zynga. The company has just announced it will be acquired by gaming giant Take-Two. (Image Courtesy of Zynga)

Featured featured in this week's Chronicle, ZYnga employs 240 staff in its Austin office (one of 11 branches globally), and is regarded as one of the most important players in the mobile gaming sphere, having developed Farmville, Words With Friends, and CSR Racing.

In a statement about the agreement released this morning, Take-Two plans to acquire all of Zynga's outstanding shares with a cash buyout of $3.50 and $6.36 of Take-Two common stock for a total investment of $12.7 billion - comfortably over Zynga's market cap of $9.58 billion. The deal has been calculated to be the largest merger in gaming history, both in financial terms and in its potential impact for both companies.

Strauss Zelnick, Chairman and CEO of Take-Two, said, “This strategic combination brings together our best-in-class console and PC franchises, with a market-leading, diversified mobile publishing platform that has a rich history of innovation and creativity."

Frank Gibeau, CEO of Zynga, added, "We are incredibly excited to have found a partner in Take-Two that shares our commitment to investing in our players, amplifying our creative culture, and generating more value for stockholders. With this transformative transaction, we begin a new journey which will allow us to create even better games, reach larger audiences and achieve significant growth as a leader in the next era of gaming.”

The merger will give Take-Two access to Zynga's expertise in mobile gaming, as well as its Chartboost advertising platform, while Zynga will have access to Take-Two's massive library of instantly-recognizable intellectual property. The big question locally is what exactly this means for the actual Austin office, but the immediate news is that Zynga will continue as its own brand with Take-Two. The integration of the two companies will be overseen by Gibeau and Zynga President of Publishing Bernard Kim.