Vampire comedy takes a bite out of Twilight fans 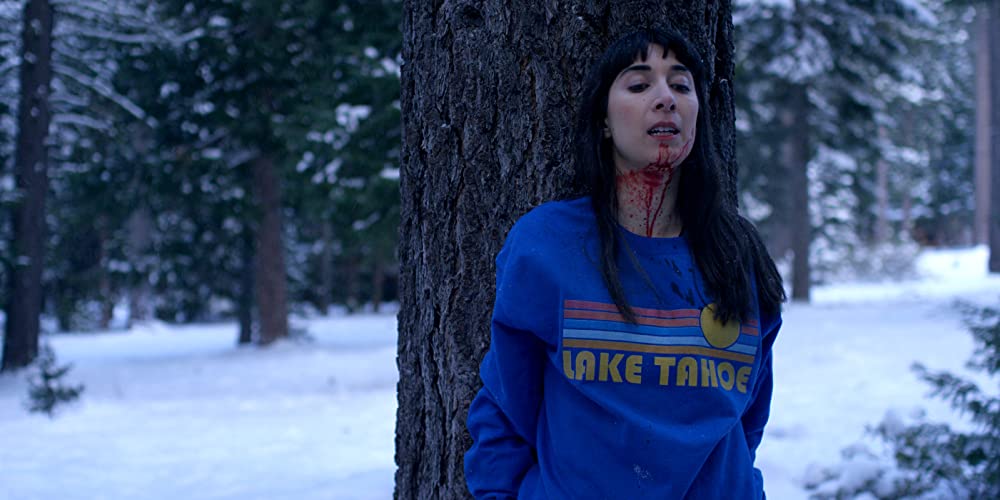 What's worse, a vampire or a Twilight fan? That's the joke at the undead heart of bloodsucker comedy Red Snow by writer/director Sean Nichols Lynch.

Red Snow isn't always subtle in its satire, but then it's also a lot more understanding of the sparkly Orlok fetishist than is the norm, even in horror-comedies. Its humor is mostly in the middle act, where Luke is deeply offended by the stereotypes that humans have perpetrated against his kind. Murders? Turning everyone into vampires by biting them? Ripping heads off? Heaven forfend.

It's an intriguing and often fun pairing that makes Red Snow entertaining, especially in the bantering scenes in which an exasperated Luke gets to put the vampire's side of things to someone whose world view is far more Lost Boys and Buffy the Vampire Slayer than Near Dark or Stake Land. There's a parlor comedy twist there, one that depends on their relationship being heavily unbalanced in both directions (she's the one with the Holy Water but a soft spot for vampires, he's the one with the big hole in his side from some wannabe Van Helsing but still an unholy monster of the dark). The seesawing doesn't always work, with Olivia sometimes appearing too meek and mild to keep this bloodborne virus on legs at her mercy. Luckily the story is buoyed up mostly by an odd fondness between the pair, one strained when Luke's sardonic ex (Laura Kennon, going full snarky Buffy midseason villain) turns up for a snack.

This is arguably when Lynch's script has most snap and exceeds the superlow budget restrictions and somewhat flat cinematography. The whole "nice guy vampire" deal has to have its limits, and Ann Rice's sexy suckers deal has worn out its questionable welcome, so Red Snow doesn't ignore that Luke is always going to be looking at Olivia as lunch. Red Snow does a surprisingly good job of manipulating, and then subverting, your sympathies for these particular devils.

Red Snow plays as part of the virtual Other Worlds Film Festival, running through Dec. 12. Passes and info at otherworldsfilmfest.com.