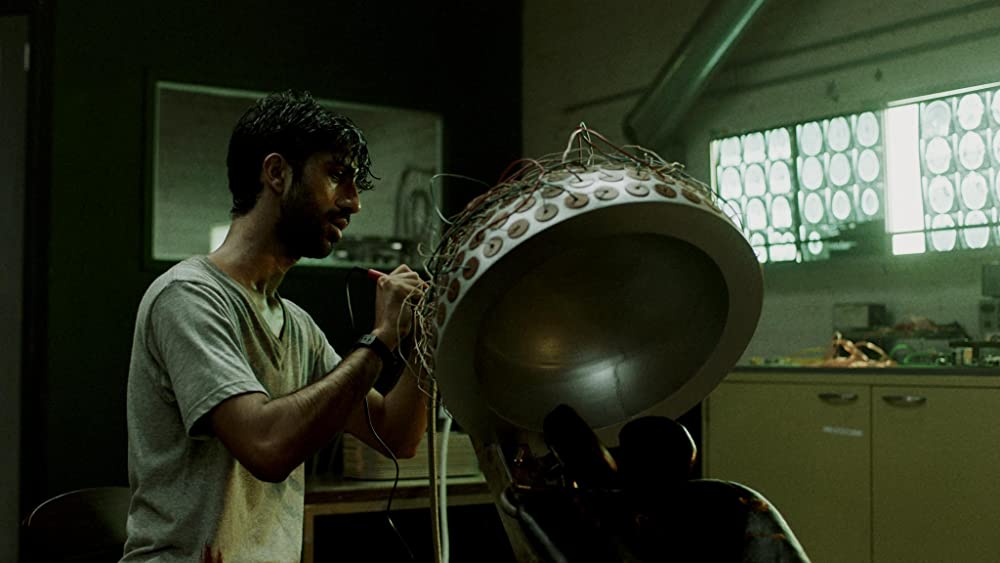 When Robert Louis Stevenson wrote Strange Case of Dr Jekyll and Mr Hyde, he was working from the prevalent cultural theory that there was a dark and a light side to all people, and that was it. But modern psychology, with its more nuanced idea of the multiple poles that drag humans in multiple directions, underpins Minor Premise.

Extending his proof-of-concept short, "Premise," director Eric Schultz splits up the personality of research scientist Ethan (Sathya Sridharan). Perpetually in the shadow of his father's work, he manages the first step of a great breakthrough in neuroscience, find the core elements of the human personality. Unfortunately, he does so by accidentally splitting them apart, and each has control of his body for exactly six minutes an hour.

One challenge facing his friend and research partner/rival Alli (Paton Ashbrook) when she steps into Ethan's house is that not all of the identities are aware of the situation. Another is that some of them are, and aren't as interested in sewing Ethan back together as the rest. Yet her biggest problem is in dealing with a man who, even if its somewhat predictable, rockets between states of mind - some volatile, some erratic, some very fixed. And just because society deems one trait admirable, doesn't mean you want to be in a sealed room when that's all that's running the show.

Determinedly lo-fi, Minor Premise (which played as part of the 2020 Other Worlds virtual fest and returns for encore screenings in 2021) is as deliberately fragmented as Ethan. It demands that the audience keep up with the multi-layered games of cat-and-mouse that the Ethans are playing with each other. It's a finely-crafted puzzle box that speaks as much to the heart and the head, with a simple but poignant message that we are only ourselves if we are complete.

Schultz keeps that from being trite, mostly through Sridharan managing to find continuity between the differing parts of himself, and only really emphasizing the elements that are relevant to the story. Having Alli be his equal means that it's perfectly fine for many of the more convoluted corners of the script to be delivered in lab-speak exposition. It's OK for it to sound a little like a symposium occasionally, since both are as fascinated by the scientific implications of Ethan's work as they are by the need to reset his head. It's refreshing to see a science fiction thriller where the scientific method is truly a part of the story and of what motivates the characters.

Minor Premise plays as part of the virtual Other Worlds Film Festival, running through Dec. 12. Passes and info at otherworldsfilmfest.com.

A version of this review ran as part of our Fantasia 2020 coverage.