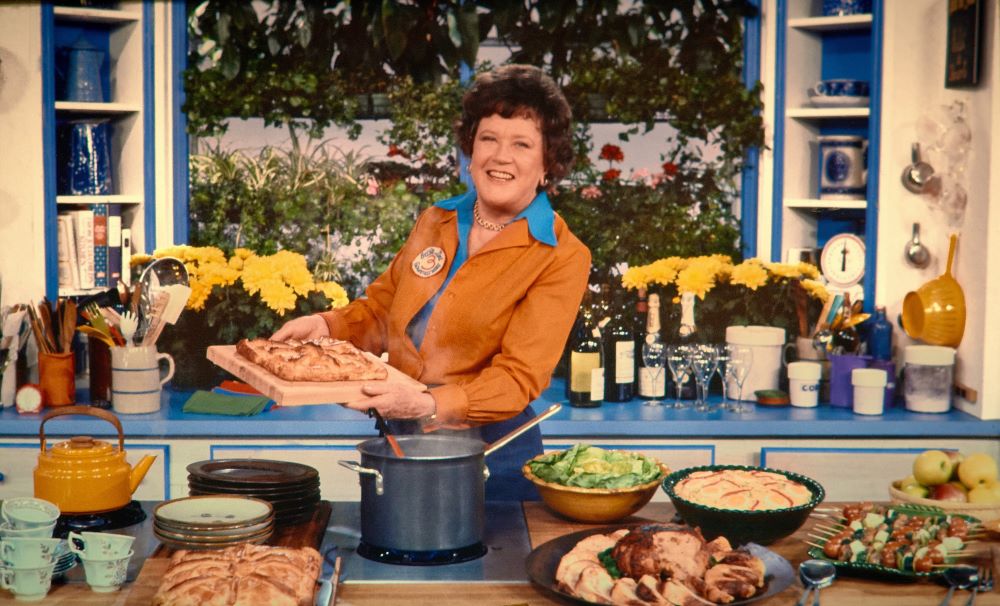 Julia Child on the set of her 1978 series, Julia Child & Company. The life, career, and passionate love of the woman who turned American cuisine on its head is chronicled in the new documentary, Julia. (Photo by Jim Scherer. Courtesy of Sony Pictures Classics.)

It's not unreasonable to say that Julia Child's Mastering the Art of French Cooking changed America's relationship with food. Before then, as documentarian Julie Cohen politely put it, the situation was terrible. Delve into any 1950s cookbook, and if the shortening doesn't get you then the margarine will.

Filmmaker Julie Cohen found that the problem wasn't just the ingredients. It was that the post-war American approach to the kitchen was just "different to how the French thought about things. Food as joy and love and sexuality, and all of the things that amazed Julia so much when she lived in France, and that she had the good sense and kindness to bring across the Ocean."

“She made a difference in our society in a really good way.” - Julia Cohen on groundbreaking TV chef Julia Child
Child was a phenomenon, a TV chef who had broken through the misogynistic world of French kitchen culture by force of will, then moved back to America and became one of the first celebrity chefs. At the same time, she demystified the rarified world of haute cuisine, and not only taught America's housewives the difference between beef bourguignon and bouillabaisse, but broke the recipe down into easy steps that could be followed with the ingredients in their local store. Goodbye fried spam, hello Jambon à la crème.

Even more astonishingly, this was no flash-in-the-pan. Cohen didn't become aware of Child until three decades after Mastering was first published, when PBS returned her to homes with Cooking with Master Chefs, and that's when her 1995 tie-in book, In Julia’s Kitchen with Master Chefs, made it into the Cohen family kitchen.

But Child's celebrity status had faded in the 1980s, reduced to joke status as the butt of Saturday Night Live sketches, "to the extent," Cohen said, "that people think that thing that happened in that skit were Julia, that she was so drunk and injured that she passed out on her chicken." Yet she went through a resurgence in the 1990s, and now Cohen and codirector Betsy West (with whom she explored another 20th century feminist icon in RBG) have teamed up for Julia, a new documentary opening this week, to remind everyone how Child changed the American kitchen forever. "She made a difference in our society in a really good way and we just wanted to bring that back, and think about it a little bit, and celebrate it."

Austn Chronicle: You recontextualize Julia, but you also look at the people around her who were important, like (coauthor) Simone Beck, and especially her husband Paul.

Julie Cohen: We so appreciate the opportunity to get to know a little bit about Simone through stories from her nephew, and through the old footage. You could see why Julia became the superstar, because she seems so ebullient and so fun, whereas Simone - as her own nephew describes her - seems a little more like a gendarme, a police officer. Which one would you really prefer to cook with, even if Simone, particularly at the start, was the one that had the greater cooking expertise.

We wanted people to understand the people, particularly the women, in the cooking world around Julia. We loved interviewing Danièle Mazet-Delpeuch, who was the former chef to (French president Francois) Mitterrand, explaining what it was like to be a woman in a professional kitchen, going back to the 1960s where guys are trying to shunt her aside, trying to say that the utensils would be too heavy for her. It's just a reminder of the challenges that women trying to literally force themselves into professional spaces were up against. 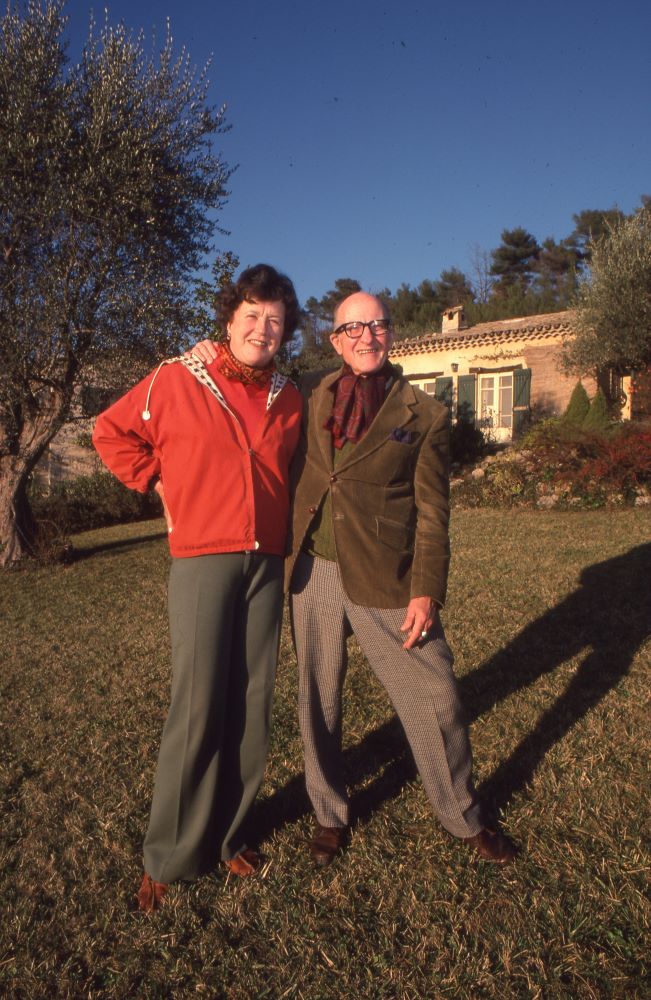 Lifelong love: Julia Child with her husband Paul. (Photo by – Brian Leatart. Courtesy of Sony Pictures Classics)
AC: That's part of the physicality of Julia. You couldn't look at her and say, 'She can't do this.'

JC: She's going to be able to pick up pots and pans, that's true.

AC: And you really go into her relationship with Paul. He was this additional figure in the show, and she'd talk about him, and he was present for the audience. But you also go into how this was a deeply sexual relationship.

JC: We really like telling feminist love stories, it's a slice of romance that you don't normally get in the movie. Normally, the typical romance is a Henry Higgins-Eliza Dolittle situation where the man is teaching the woman everything - which, interestingly, is how Paul and Julia's relationship starts out. He was older, he was the one who was worldly, he did introduce to the world. Or it's the guy saving the damsel in distress. But in Julia and Paul's story, it moves from him being her teacher to her having this major ascension as a superstar, and Paul becoming the secondary character, taking on a supporting role.

“We talk a little more about sex than one might normally do in a biographical documentary [but] that was part of what made this relationship magical and special.” - Julie Cohen on Julia and Paul Child
I think that the biographers of the great men have history understand that it is not only common but the norm that there's a woman supporting them through everything they do. But we don't think it's coincidence that both Julia Child and Ruth Bader Ginsburg happen to have these unusually supportive, unusually willing to pull back on their own ego a bit, feminist husband, and make a big point of helping out their career, and being not only a cheerleader but also a manager, to a certain extent. Paul played a big role in figuring out what Julia's shows should be, and helping her block out how she should prepare a recipe on the show, just like Marty Ginsburg is absolutely responsible for pushing his wife forward as a nominee to the supreme court, and letting people within the Clinton administration know that they should think about appointing this woman.

It's true, we talk a little more about sex than one might normally do in a biographical documentary, and that certainly was intentional. When you see sex in the movies, it tends only to be portrayed as being between extremely young and extremely attractive - or at least the woman has to be extremely attractive. The fact that middle-aged, non-classically beautiful ladies still have sexuality, and all of the agency that that implies, it's certainly a bit of a political statement. We're just reminding them that sex can be part of somebody's marriage, even if they don't look Brigette Bardot.

That was part of what made this relationship magical and special, and in the case of this film, we were trying to connect that to food, in the way that the French tend to do. We have a number of French people in our film that are making the analogy between food and sex, and this was not something that we forced upon them. When you go to France and interview people about food, by the third sentence they're talking about sex.

Julia opens in Austin this week. Read our review here.