How the latest Resident Evil film goes back to basics 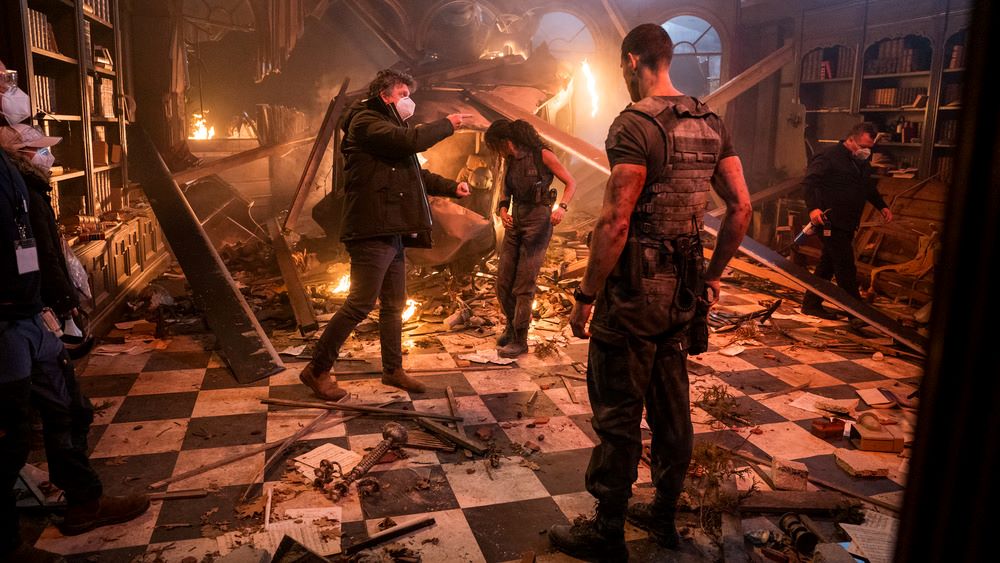 Across 25 years, 28 games, six live action films, and four animated films, Resident Evil has changed beyond recognition. But when Johannes Roberts was tasked with rebooting the films for his new adaptation, Resident Evil: Welcome to Raccoon City, he went back to the source. "I wanted to go back to the tone of the first two games."

His film even takes place in 1998, the year RE 2 was originally released, and puts fan favorite characters Claire (Kaya Scodelario) and Chris Redfield (Robbie Amell) on a path through the monster-infested Raccoon City, to the horrors of the Spencer Mansion from the original game. He described their aesthetic as the template for his film, describing them as "very different to Resident Evil 5 and 6, and very different to the Paul Anderson movies, which were much more bright, shiny, sci fi action."

There was even what the director of 47 Meters Down and Storage 24 saw as synchronicity that made it seem like the time was perfect for an old-school, grimy and dark RE film. "As we were developing the script, Capcom came full circle and released the reboot of Resident Evil 2, which is absolutely terrifying, and tonally is the games from the '90s, but brought bang up to date."

Austin Chronicle: You mentioned you were inspired by the original games, but obviously you want to put your own stamp as a filmmaker and storyteller on here. So what look and feel were you going for?

Johannes Roberts: The reboot of the second game was hugely influential on me. The style, the atmosphere, all at night, just one night in Raccoon City, rain drenched, flickering light vibe to it. But the big thing with this was that you can't just put a game on screen, because you might as well play the game. And the games are amazing, and they're so cinematic, but you've got to offer the audience something unique, something that is entirely its own, and gives them a reason to go to the big screen.

“Every detail is from the games. The mansion is built from the spec of the mansion. The police station, literally Capcom gave us the blueprints.”
Really, my influences as a director go towards John Carpenter, go towards Stephen King, and particularly with this movie I really, really embraced '70s retro filmmaking, in terms that I felt it set a quite grounded, creepy tone that I felt this movie needed. Because the storyline's so big - the monsters, the creatures, the experiments, and all of that - I really wanted to make it feel real in its own way. So there's a lot of very '70s, single camera, very deliberate filmmaking, slow paced, dark. You'll see The Exorcist in there, you'll see Assault on Precinct 13 all over it. You see Invasion of the Body Snatchers, Don't Look Now, The Shining. I'm just a horror nerd, so all that filtered through into it.

And it's a very Stephen King version of Raccoon City.

AC: And with Carpenter, a lot of survival horror games have ripped off Prince of Darkness so much, for that sense of 'Oh, we're exploring this but we don't really know what it is, and here's this object that's going to fuck us up for the rest of the story."

JR: Yeah! You know what, Carpenter is just ripped off, left, right, and center, all the time with everything. 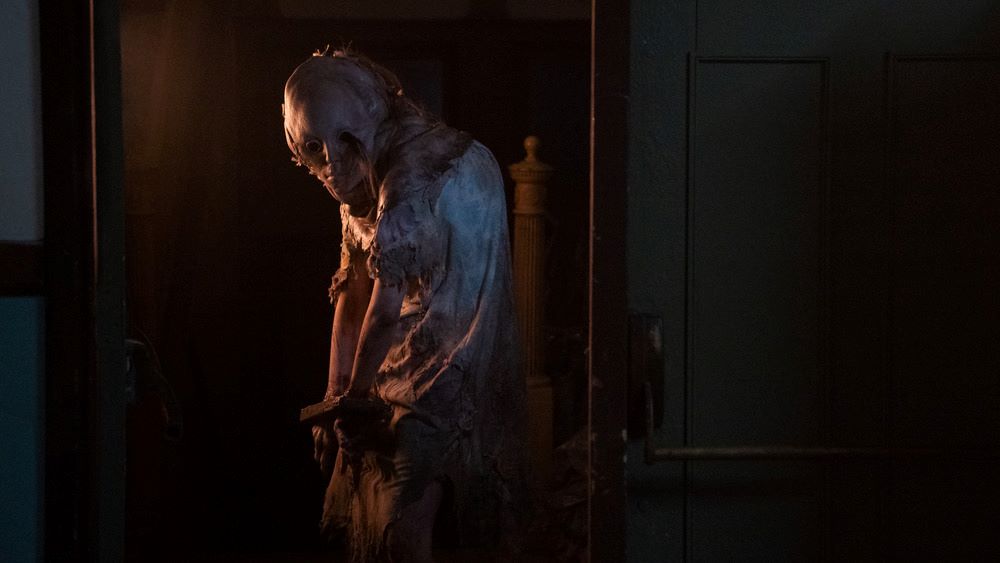 AC: That's one thing when approaching this film, but there's also the idea of the curse of the video game movie. When you've got a franchise like this, which was more worrying, the idea people will automatically dismiss a movie based on a video game, or that there's a fanbase that will home in on and critique details?

JR: Do you know what? In making it, because I'd not really been through it before, it was not a problem.

My pitch for this was to make a really scary horror movie that went back to the first two games. I'm a big gamer, and I'm passionate about the Resident Evil franchise, so it felt very natural to me, and that I could just lean it to my instincts.

I didn't try to make a fan service movie because I think that's such a dangerous thing to do. I don't know what people want, what specific things are important to them, and you can't just put the game on screen, because you'll alienate some people. So all I could do was tell a story that I was passionate about, that I believed in, and put my love of the games up there on screen whilst making it it's own thing. It has to be it's own world.

The way I felt that I could beat the "video game adaptations don't work" thing is to approach adapting it like I had a Stephen King novel, and I was adapting it. I was very passionate about the source material, I took it very seriously, I encouraged the cast and crew to take it very seriously, whether they're gamers or not. So, Robbie (Amell) is a supergamer and Kaya (Scodelario) is not a gamer, but I'd be, "Look, guys, love it, understand that I love it, and it will come out on screen."

Where the pressure is is now. This is a world that I am not used to at all, dissecting everything. There're strong opinions and, for sure, Leon doesn't look like Leon in the games and there's a very vocal element out there that's very happy to tell me that. Weirdly, because we made such an effort to make the movie like the game, it almost opened you up more to that. Whereas if you went, fuck it, I'll take the title and go off and do my own thing, everyone's like, "OK, it has nothing to do with the game," so they don't get as involved in that kind of stuff. But because it does, it is that world, people go, "Wait, that's not right, that's not right."

My litmus test is Capcom. We worked very closely with Capcom, and they were very protective over the smallest detail, really the tiniest, tiniest detail. And when they watched the movie their reaction was one of the greatest moments of my career. What's funny about Capcom is they're geeks, they're horror guys, they're really passionate, and they really got that balance that this movie has between horror and action, and that the characters are from the game but their own thing - living, breathing characters who have their own journeys.