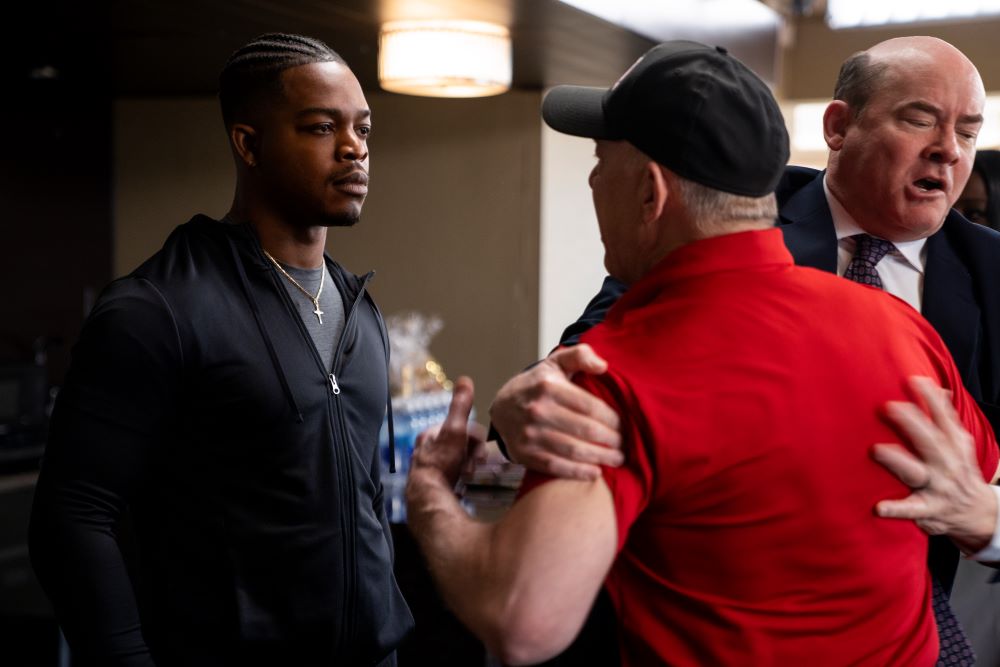 LeMarcus James (Stephan James) isn't backing down from a fight over NCAA pay for student athletes, and neither is Austin filmmaker Ric Roman Waugh in his upcoming film, National Champions (Image Courtesy of STX)

Ric Roman Waugh has never shied away from a fight for justice. In Shot Caller, he explored how the modern American prison makes monsters. In Snitch, it was mandatory minimum sentencing. Even his action flick Angel Has Fallen examined PTSD and intergenerational trauma. His latest, National Champions, is no exception.

Well, not all his films carry a political and social text. His last film, 2020's Greenland, was a new riff on the classic end-of-the-world apocalyptic action flick. But National Champions looks to be taking on a new injustice: the amateur status of college ball players, who sacrifice their bodies with no guarantee of a career afterwards - all while colleges and the NCAA are making millions.

Adapted from Adam Mervis' 2019 play, it's the first sports drama for former stunt performer and coordinator Waugh. In the new trailer, Stephan James (If Beale Street Could Talk) plays Heisman-winner LeMarcus James, a rising star headed to the NFL as a testament to the skills of his coach, James Lazor (the inimitable J.K. Simmons). But on the eve of the national student championship game, he's prepared to upset the whole lucrative applecart, including his own potential fortune, by using his high media profile to call the whole system out.

And here's the full synopsis: