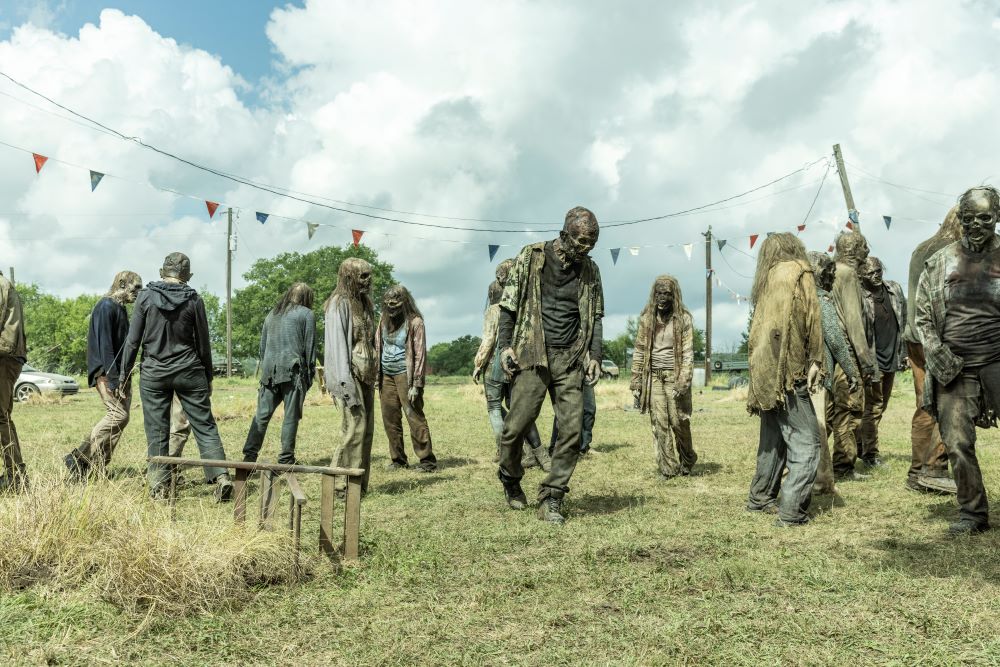 Fear the Walking Dead, the AMC smash series, is reported to be relocating from Central Texas to Georgia, a huge blow to the local economy. (Photo by Lauren "Lo" Smith/AMC)

Bleak news for the Texas film and TV community: Zombie smash hit Fear the Walking Dead, the AMC series which has shot its last four seasons in Austin and the surrounding area, is leaving Texas and is expected to relocate production for season 8 to Savannah, Georgia. Production is expected to end locally on Dec. 17.

This is the third time the show has moved, having been filmed in California for the first two years, then relocating to Baja California in Mexico for season 3. It began production in Austin in 2018, and remained here through production of the current six-episode season 7. The producers were reportedly extremely happy with the crew base and facilities in Austin - unmatched anywhere in Texas - and the show was expected to remain here for the duration of its run. This made the decision to pack up a surprise for many.

“To say this is a significant loss is an understatement,” said Austin Film Commission director Brian Gannon, who noted that the show “created consistent, well-paying jobs for close to five years.”

Texas Motion Picture Association executive director Paul Jensen confirmed the show’s departure, and that it would be a bitter blow to the hundreds of industry professionals in the region who now will be looking for jobs - including considering moving out-of-state. He raised concerns that the issue may be the Texas Moving Image Industry Incentive Program (TMIIIP), the state’s rebate program for in-state spending for TV, film, online, and gaming context in Texas. The fund has wide political support, and incentives are a key component in how out-of-state producers select locations: with a 600% return on investment in production spending, it’s also been a proven economic driver. As film and TV production was one of the first industries to return safely during the pandemic, it's also been particularly important, especially as the Texas economy is still deeply unstable. 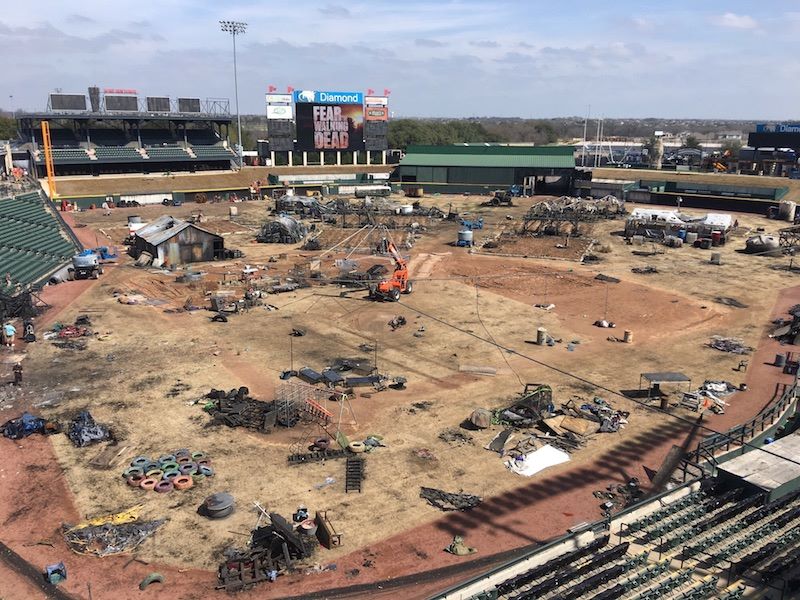 Season 4 of Fear the Walking Dead, filming at Dell Diamond in 2018 (Image Courtesy of Ryan Sanders Sports & Entertainment)
However, with only $50 million approved by lawmakers for TMIIIP for the 2020-21 biennium, and that figure shrinking to $45 million for 2022-23, Jensen said he feared that Texas is going to stop being competitive in attracting larger productions. He said, "This program is really wildly underfunded, and that we're losing projects so early in the two-year cycle is indicative that there's a huge amount of media production that wants to work in Texas, and we're not supporting that."

There have also been rising concerns that the state has quietly changed the rules about how the program operates. Historically, it has operated on a first-come, first-served basis. However, there has been industrywide discussion that the Texas Film Commission, which administers TMIIIP, is beginning to play favorites by prioritizing applications from areas outside of Austin, even if that means discouraging studios with long-term investments in the Texas economy from applying in the first place.

Laura King, Business Manager for I.A.T.S.E. Local #484, said she was most concerned about the message the departure sends to other producers and shows, and the impact it will have on crew who have seen stable, long-term employment with multi-season shows. If other productions reconsider moving to our continuing production in Texas, she said, "By the time we hit the first part of March, we will have 500 people unemployed."

The economic impact of a show like Fear the Walking Dead can be enormous. With a budget that could stretch to $50,000 per hour of production, and a shooting schedule that could run up to nine months, Gannon observed, “That money goes to a lot of local businesses in Austin - lumber yards, grocers, camera rental vendors, facilities, hotels, vehicle rental companies, the list goes on.”

It’s also investment and spending that wasn’t restricted to Austin. Season 4, the first shot in Texas, took over Dell Diamond in Round Rock as a major location: the show has since filmed in Bartlett, Lytton, LaGrange, and Manor, and the producers had reportedly been scouting for season 7 in Galveston and Corpus Christi. Jensen said, "This is a travelling location show, and they injected a ton of economic activity in these small towns outside of Austin.”

However, the show used Austin as a base and core shooting location, having rented the recently refitted ATX Studios. Gannon added, “We are so grateful that AMC made Austin home, for Fear the Walking Dead and The Son before that. They put our professionals to work, and a substantial amount of money into the local economy, and we hope to see them back in Austin in the future.”