Joanna Hogg's sequel is the portrait of the artist as filmmaker 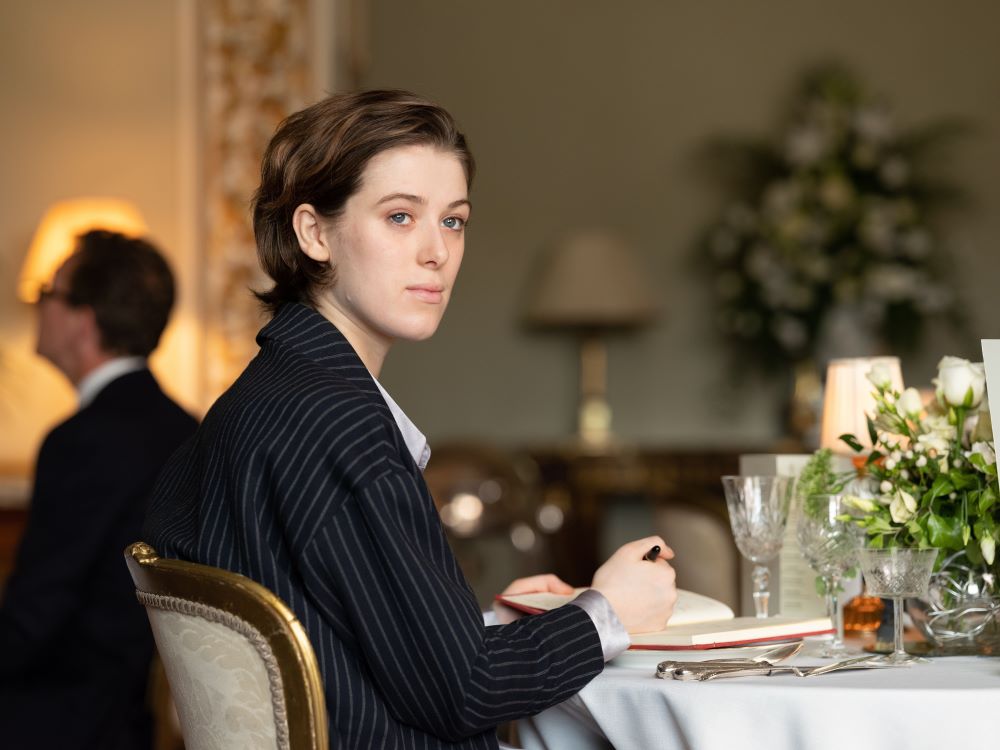 Death is a table with an empty chair in a familiar restaurant. It's a view from a window. It's the L on the door to the flat that young filmmaker Julie (Honor Swinton Byrne) shared with Anthony before he let his heroin addiction wreck their relationship, and finally take his life.

For anyone who watched Joanna Hogg's heartbreaking 2019 semi-autobiography, The Souvenir, the opening sequences of The Souvenir Part II are funereal, as Julie near-wordlessly glides between fractured moments. She is the ghost in her own life, the naivete of her performance in the first film replaced by a sense of confusion that even she can barely recognize. It's not simply a quest to understand the enigmatic, damaged, and duplicitous Anthony, and exactly who he was behind the Byronic figure that she saw (although those questions plague her). It's who she will be after that fateful phone call. Yet The Souvenir Part II is less a sequel and more of an extrapolation. It's less immediate than the first film, less cumulatively dramatic, but it flourishes in its complexity, in its depiction of the whole of Julie as she tries to focus her loss through her film school graduation project.

Hogg's work here puts the lie to the idea that observational, heavily-improvised films are easy. There's an extraordinary control here, much of it expressed through Julie and especially through the period-accurate costume work of Grace Snell, which reflects the ebbing of her post-loss depression. It's all in Julie's physical evolution, from the ghostlike bedclothes under which she mourns while seeking sanctuary with mater (Tilda Swinton) and pater (James Spencer Ashworth), through her demi-life as a fragile porcelain statue under thick, shoulder-padded floor-length coats (de rigueur among the bright young things of the time), into figure-hugging post-New Romantic silks with the odd angular slash. Those decisions compliment and inform Byrne's performance, her organic growth reflected in the calendar of seasonal flowers at her parents' farm.

At heart, The Souvenir Part II is a film about filmmaking as art, industry, and identity. Richard Ayaode returns as the acerbic Patrick, now fully revealed as a Julian Temple-esque mercurial director on a set that screams Absolute Beginners. His brief appearances are all challenges to Julie, to contend with her grief, to deal with Anthony's legacy, to not think that hers are the only concerns in the world. In the latter are some of Hogg's deepest moments of quiet self-critique, vital to prevent any sense of self-pity. This is, after all, a brutally honest self-portrait.

Julie's graduation film is also titled "The Souvenir," and that it shares the title of the first half of Hogg's duet is the tell here. Part II is Hogg looking back on that time in her own life, but also on the first film itself, and what it would have looked like if she'd tried to make it when she was 28. Autobiography and commentary interweave seamlessly, with the graduation film as Julie's effort to synthesize her experiences through cinema history and borrowed iconography. The screening becomes a full-blown fantasy sequence, a magpie's nest of The Wizard of Oz, the French New Wave, and Powell and Pressburger (a self-critical nod to Hogg's own graduation film, "Caprice"), yet still has the burgeoning of Julie's own voice - even if she's making money from the commercial goldmine of music videos.

Ultimately, The Souvenir Part II is Hogg looking to Julie's next steps, even as she becomes more of a fictional character than a proxy. Yet it's not about anything so trite as "moving past" grief. The final moments of The Souvenir Part II crystalize the films' themes, and with a final word Hogg exposes her own reality. For all of Julie's journey (which is the filmmaker's own), making these films will not yield not the cathartic resolution that her younger self seeks. Cut to black, and The Souvenir Part II is still there.