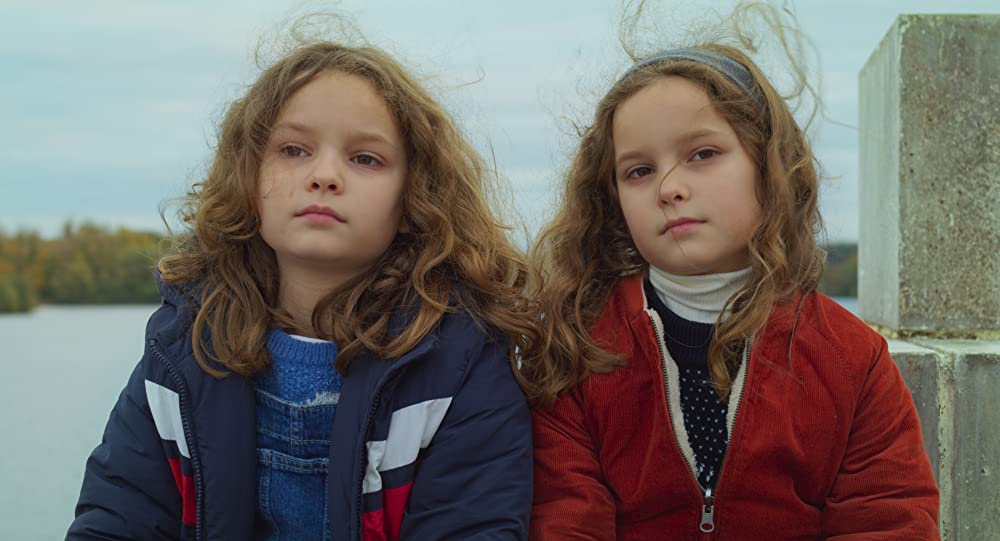 When Céline Sciamma was doing the press rounds for Portrait of a Lady on Fire, she mentioned that a shot of the women in the film popping up and down through the grass reminded her of Hayao Miyazaki's My Neighbor Totoro. Sciamma kept the whimsical children’s film in mind for her follow-up feature, Petite Maman.

A film about an eight-year-old girl who forced to hang around while her parents clean up her mother’s childhood home after the death of her grandmother, Pettie Maman is kin to Sciamma’s Tomboy, a perfect comedown project after her epic, Portrait of a Lady on Fire.

Coming-of-age stories are not alien to Sciamma – most of her filmography is flooded with them, from the films she directed, to the ones she has penned (such as the stop motion My Life as a Zucchini shares a lot thematically with Petite Maman as well). Sciamma has a way of building a world around a child that doesn’t feel condescending or overwhelming, she frames each scene with Nelly (Joséphine Sanz) in mind, camera at her eye level but never to the extent where the adults or objects feel looming, especially around Nelly’s mother (Nina Meurisse), whose grief over her own mother’s passing is palpable. Nelly takes care of her mom, feeding her snacks on the drive and cuddling with her on the couch so she can get to sleep. But startlingly in the middle of sorting the house, she disappears, and Nelly’s father (Stéphane Varupenne) assures her that she just went back home, Nelly is unsure of her mother ever returning.

Uncertainty leads to magic, and near the mythical tree fort her mother built as a child, Nelly meets a young girl looks exactly like her, one who shares the name of her mother, Marion (Gabrielle Sanz). Marion’s the Totoro of Sciamma’s film, an extraordinary presence that’s real to the touch, but magical in its existence. The girls play, neither noting that they look like they could be twins, and as their playdates progress to each other’s homes, their parents seem foggy to their striking resemblance as well. It’s this soft dissolve of reality to spirituality that keeps Petite Maman anchored – for Nelly, this is unbelievable, but she keeps her knowledge close to her heart, getting the chance to both see her mother as a child and spend some time with her late grandmother again.

Sciamma knows not to dwindle too long in the world of a child. Simplicity is important in the fine line of mature and saccharine, and watching two young girls play, creating twisty noirs and giggling incessantly while flipping crêpes, can become monotonous if lingered on for too long. But Marion, after all, is a ghost, and ghosts don’t appear without purpose. Petite Maman is about a young girl trying to figure out her mother, where she went, and her sorrow. “You didn’t invent my sadness,” Marion whispers to Nelly under the covers one night. It’s a tender scene, a soft gasp of a moment that’s undeniably pure, that only a child could say it so matter of fact.

Deciphering the ones you love is always a puzzle. In Michelle Zauner’s memoir Crying at H-Mart, a book that shares some of the same mother-daughter themes as Petite Maman, Zauner’s late mother advised her to always “save 10 percent of yourself.” In Petite Maman, at a young age Nelly learns to accept that she might not always know all of her mother, a person she loves very much, but an enchanted opportunity allows her a minute peak into her mother’s life that gives her a deeper understanding of the woman who disappeared off the couch in the middle of the ritual of their shared grief. Petite Maman is a fine balance of heartache and whimsy.