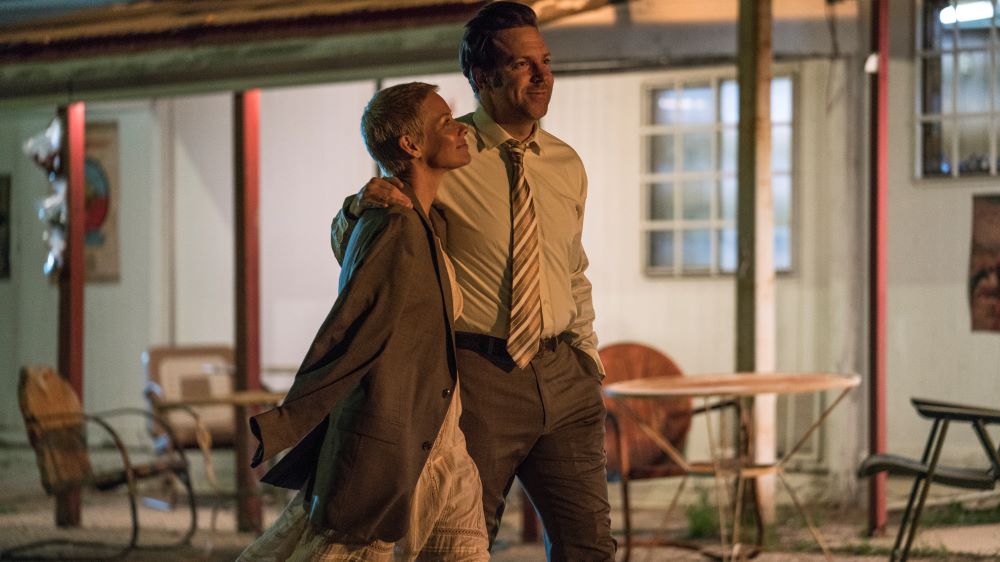 When Aharon Keshales cast Jason Sudeikis as ex-con Jimmy in Lone Star crime flick South of Heaven, he thought he was opening a new perspective on the actor. He didn't realize there was a catch. "Nobody wants anything bad happening to Ted Lasso."

When the Israeli film critic and lecturer-turned-filmmaker first cast Sudeikis, he had no idea about Ted Lasso, and no one had any idea how big the series would become. It's also a long remove from from the film, a tale of heartbreak, redemption, and failed good intentions in a small Texas town. That's where Jimmy is reunited with his forever love, Annie (Evangeline Lilly, Ant-Man and the Wasp), after 12 years in the slammer for armed robbery. All Jimmy wants is to give Annie the happily-ever-after she's been denied by a terminal cancer diagnosis, but life's never that easy.

It may be a change of setting for the stars, known for comedy and big-budget action, but, beyond the new location, it's still home turf for Keshales. Having filmed the first Israeli horror film (Rabies), and blurred the line between cop and criminal in Big Bad Wolves, he's used to putting his characters into peril. Post-Ted Lasso, he said, "Watching the movie now is even more heartbreaking than I thought it would be." 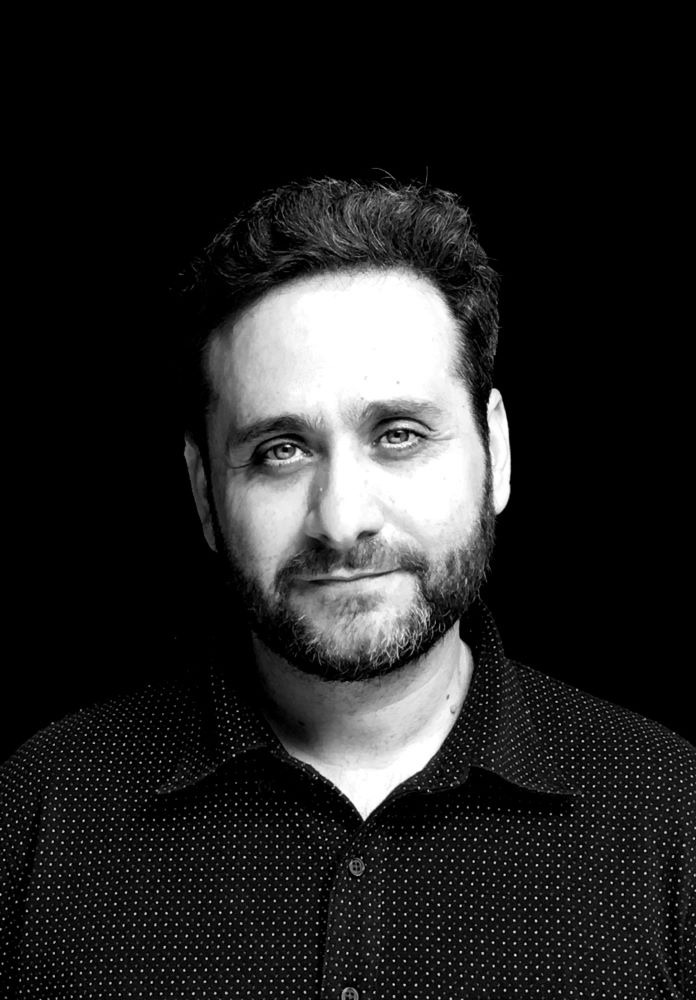 Austin Chronicle: So what attracted you to making a Texas noir for your first American movie?

Aharon Keshales: One of my favorite genres is Texas noir, because it melds two things for a foreign director to fall in love with. It melds the Western, which for me signifies one part of America before the American dream happens, and then it the Texas noir also brings film noir, which the American Dream going really bad, and watching all the grey morality of the American psyche.

AC: Favorite Texas noir? And, this being Austin, you get extra points for saying Blood Simple.

AC: That's a thing about Texas, that you don't have to go far outside of the big cities to feel like you fell back decades. Joe Lansdale said that, growing up in East Texas, he didn't grow up in the fifties because Nacogdoches was still in the thirties.

AK: You think about the locations, we didn't need to do a lot of set dressing. The machine shop, that's a real place. The bowling alley, I was looking for a shabby, old school kind of place, and we found it in the outskirts of Dallas. That's amazing. I just looked for locations and found it naturally, stuff I couldn't find in New York or LA.

AC: While everyone loves Ted Lasso, there's also an edge to Jason Sudeikis that directors are starting to appreciate. Nacho Vigalondo really tapped into that first with Colossal, and you find a new way to look at it here.

AK: When I was casting, I was scared because you always get this list with the same names. There's a little bit of action, so you always get Gerry Butler, or Jason Statham, or Keanu Reeves. But whenever I was pitched those names I'd go, "You know, guys, this is a romantic drama that happens to have shades of darkness, but it happens to a very regular, down-to-earth kind of guy, and we need the audience to feel that."

I always like to work with actors against type - I did it in Big Bad Wolves with a lot of comedians, and the grandfather who held the blowtorch is one of our famous comedians, like our John Cleese - so I like to look for surprises. And Jason Sudeikis has those big puppy eyes. You just want to hold him and hug him, and want only good things to happen to him. So I knew that, empathy-wise, getting him into South of Heaven was a really important thing, because the story takes a good guy and makes him do terrible stuff. But you can't lose that empathy for him, and Jason brings that.

You mentioned Colossal, and when I saw that I felt that Jason needs to tap into those areas. He can do brooding and menacing, he can do intense, so I said, "My movie has all of those places for him to shine, so I better try and get him in to reading the script." Luckily, when I sent it to him, he was looking for scripts like Colossal, scripts that will make him show more than just the comedian or the guy who plays in romantic comedies.

“[Jimmy’s] a guy who knew he did something, and wants to redeem himself, wants to make it better, but doesn’t understand that the only way it will get better is by being in the present.”
AC: Jimmy's a guy hellbent on redemption, even if it costs him everything. Where did he come from?

AK: I think it comes from my personality a little bit. I see the world almost like Job from the Bible. There's agony and pain, and you just want it to be better one day, so you just try for that. That's part of my raising, to always look for redemptive moments, and something that will get you out of the mess you just made, and for me that's the story. It's about a guy who can't really let go of a certain fantasy of a certain time, and he's bound to make all the worst things happen. And I think I am like that. Sometimes I slip and fantasize about the past, or things that I did that I maybe shouldn't do. I'm a pondering guy, and sometimes I forget to live in the present.

Even now, I cannot live in the present of having a ball, putting my film in the screens of the US as an Israeli guy who never even thought about making films. I really thought I would be a film critic and scholar 'til the day I die. So, even now, as everything is happening and I'm looking at Evangeline Lilly talking about it on The Today Show, it's still so weird for me, because all the time I'm thinking about how I made the movie, should I have made the movie, could I have made it?

So I think Jimmy stems from that. He's a guy who knew he did something, and wants to redeem himself, wants to make it better, but doesn't understand that the only way it will get better is by being in the present with Annie. And that's how I wrote those characters. Annie is a thing of the present. She's now. She says to him, "I'm not 14 years old any more. That's not the wedding I want any more." All the time, she's putting little signs for Jimmy that she is now, and all they have is one year for everything, and he's still trying to give her that wedding, those big, grand gestures, those disproportional moves, and that's what makes him a very sad and tragic character. 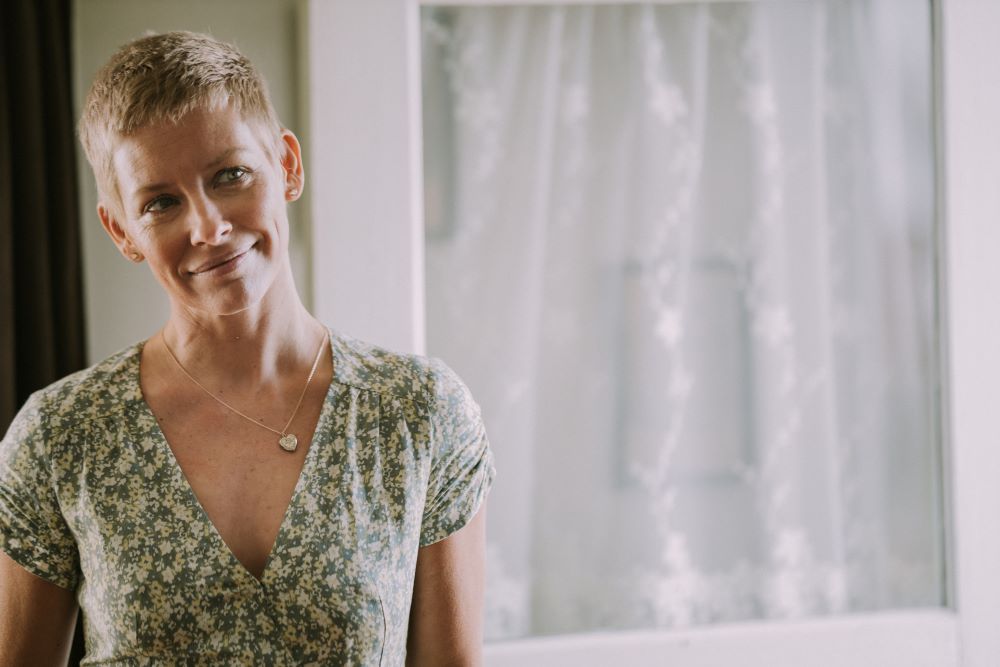 "She wanted a character that represents femininity the best, that she's not only strong, but fragile and strong and crying and laughing." Aharon Keshales on casting Evangeline Lilly in South of Heaven (Image Courtesy of RLJE)

AC: Casting a romantic duo comes with particular challenges, calling for a specific connection between the two. How did you cast Jason and Evangeline?

AK: Jason came first, and then once you cast the first actor they have a lot to say about who you're going to bring to the table. We presented him with Evangeline Lilly, and he really wanted to work with her, so he said, "Let's get her."

So we sent the script to Evangeline, and she was a little bit tired of playing warrior princesses, so she was looking for a passion project to show that there are more layers to a female actor. She wanted a character that represents femininity the best, that she's not only strong, but fragile and strong and crying and laughing, sometimes at the same time. When she read the scene with the Beach Boys song that was the scene that hooked her in. That moment where she says "dying is a little bit bipolar," she said, "That's the character. That's the journey, and that's what it's like being a women. We have all these feelings when we come to work with a male director, because directors usually only want us to do one things, either the nurturing mother or the warrior princess. We're not allowed to show all the things, but womanhood is all those things in real life."

Then they met, started to exchange emails, started to do the actor's flirting, and it became really real, but then because of the time schedule and the first season of Ted Lasso, they didn't meet for a year. They just stayed in touch. She came earlier, he came later because he had to work on Ted Lasso, but when they met it was like they'd never left each other. It was just magical.

South of Heaven is available in VOD now. Read our review here.