Big names for hybrid celebration of literature and literacy 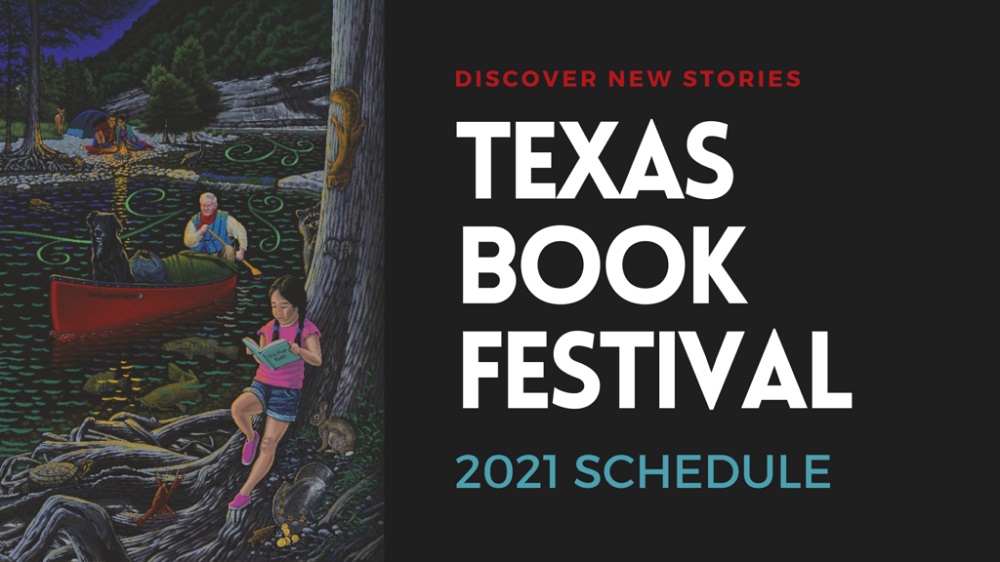 Between the pandemic reducing in-person events, and the ongoing Texas legislative session taking over the Capitol grounds, this year's Texas Book Festival (Oct. 23-31) has had to make some changes. However, today's reveal of the full schedule shows the celebration of literature isn't letting readers down.

This year's stripped-down lineup begins online, with eight days of virtual programming starting on Oct. 23, including conversations with Maria Hinojosa (host of NPR's Latino USA) about her autobiography, Once I Was You, and Pulitzer Prize winner Lawrence Wright about his new history of the Covid-19 response, The Plague Year.

However, there will still be some in-person events. The second weekend (Oct. 30-31) will include events for children downtown at Symphony Square (1117 Red River), plus panels for adult readers at the Austin Central Library (710 W. Cesar Chavez).

11:45am: Virtual keynote: Benjamin Alire Sáenz (Aristotle and Dante Dive into the Waters of the World).*

Children's virtual programming including Kathi Appelt (Once Upon a Camel), Adrianna Cuevas (Cuba in My Pocket) and more, plus the announcement of the Texas Bluebonnet Award Announcement.*

Noon: Ann Cleeves in Conversation about The Heron’s Cry, her sequel to The Long Call.*

2pm Hear My Voice / Escucha mi voz: The Testimonies of Children Detained at the Southern Border of the United States.*

Noon: The Family Roe: A Conversation with Joshua Prager.*

2:45pm: 20 Years Later: Talking about 9/11 with Those Too Young to Remember with authors Alan Gratz (Ground Zero) and Lauren Tarshis (I Survived the Attacks of September 11, 2001).*

4:45pm: Medicine and the Anatomy of Injustice: Rupa Mayra and UT–Austin’s Raj Patel in Conversation.*

11am: Boom State: Mayors of Austin, Houston, and San Antonio in Conversation about the “Texas Triangle."*

Noon: Elizabeth McCracken (The Souvenir Museum) and Rumaan Alam (Leave the World Behind) in conversation*

10am: Amor Towles in conversation about The Lincoln Highway

Noon: Maria Hinojosa in conversation about Once I Was You

2pm: Being Texan: Texas Monthly Editors in Conversation about the Lone Star Way of Life