Encyclopedic and engrossing wander into the wilderness 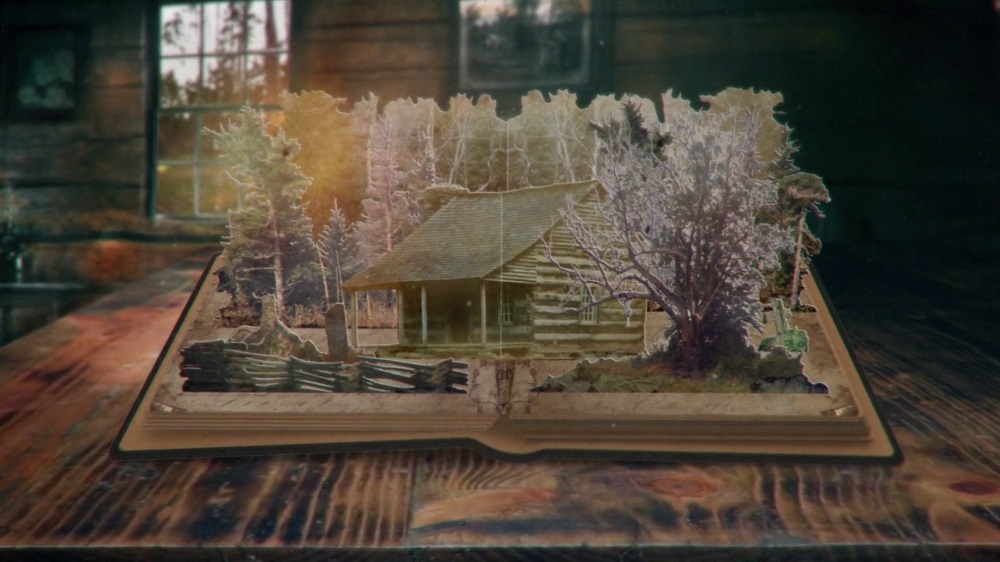 When I was a boy, growing up in the North of England, I could take you to the place where King Arthur is buried. He and the Knight of the Round Table slumber under Alderley Edge, waiting for when Albion faces its direst peril.

The story is folklore. It is the wisdom of the people, the common knowledge that there is something arcane just under the surface, and it's that concept that pervades former Alamo Drafthouse/Fantastic Fest programmer and Miskatonic Institute of Horror Studies founder Kier-La Jannisse's encyclopedic exploration of folk horror, Woodlands Dark and Days Bewitched.

The opening hour of the encyclopedic documentary (which won the SXSW 2021 Midnighters audience award) explores the British tradition, and how pervasive it was throughout the mid-20th century (not just cinematic classics like The Wicker Man, but in print, radio, and even kids shows). However, Janisse's vision is more global, and her mix of clips and talking heads will undoubtedly give cineastes a long list of films that they may never even have heard of, especially the distinctive tales or Eastern and Northern European cinema.

Woodlands Dark is like an engrossing and well-annotated doctoral thesis. It's slightly maddening that, with such a well-researched argument, so many countries and so many traditions are lumped together into a "rest of the world" chapter. At the same time, the film is about to be released as part of a mighty 12-disc box set from Severin Films that will include 19 of the films discussed, as well as a whole library wing of interviews and shorts, many previously unavailable in the U.S.

Even without that massive supporting document, Janisse more than proves that there are is undeniable connective tissue, and even stylistic flourishes that emerge. That's why American pioneer horror Eyes of Fire (which is both a Fantastic Fest retrospective title, and included in the box set) almost feels like part of the Australian scene, rather than born of any overhanging post-cowboy rugged individualism.

Yet within the harmonized chorus of international tales, Janisse's well-structured point is that folk horror globally is not monolithic. British folk horror is born of the increasingly tense relationship between city and country: the bloody colonial histories of the Americas, Australia, and Africa touch on the erasure of native peoples, and raises questions of which folk count as folk; while Asian folk tackles the durability of old superstitions even among educated urban populations. Still, all are unified by a central theme: That contemporary society is a crust over something dark, inexplicable, other.

That's a source of fear but, as experts coming at the subject from a perspective of race, gender, and class explain, also an avenue for liberation. There are deeper levels, as everyone has the primordial other to fear (Christians fear pagans, but pagans have the same mistrust of those that practice black magic, who will have even worse to say about devil worshippers, and so on, and so on).

Janisse's definition of folk horror steers close to being too broad, explaining the three hour run-time that stretches from "The Legend of Sleepy Hollow" to Midsommar and all points in between. Yet what she's really doing is showing the influence of folk horror on other genres, and how much the basic concept pervades so much of horror. Perhaps it's like the musical arguments about grunge: every band from Seattle was tagged as grunge, even if they weren't, while bands that sonically fitted alongside Tad or L7 wouldn't get filed with them because of geography (and then there are the bands that flirted with grunge, even if they never signed to Sub Pop).

That's a reflection of the pastoral and wild origins of folk horror. Roots intertwine, single trees become forests, moss grows in between boughs, and myths dance twixt sunlight and shadows. Folk horror, like the old ways, will find you before you find it.

Woodlands Dark and Days Bewitched: A History of Folk Horror
US Premiere
Saturday, Sept. 25, 2pm at Alamo South Lamar
Eyes of Fire will be available on FF@HOME Sept. 30-Oct. 11.

Fantastic Fest 2021 runs Sept. 23-30. Tickets and info at fantasticfest.com. Follow all our coverage at austinchronicle.com/fantasticfest.