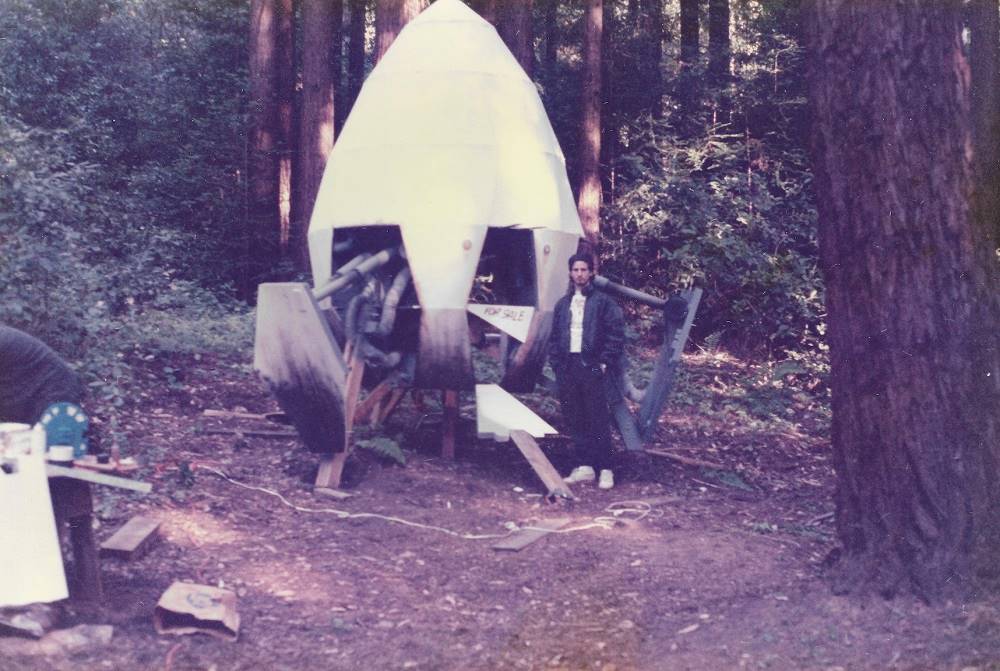 Is that a real paranormal activity in your trousers or are you just happy to mess with my head?

Love ‘em or hate ‘em, the twisted roots of cinema’s found footage genre were already snaking their way into popular culture a long time before you were born, according to Sarah Appleton and Phillip Escott’s granular and engrossing doc, The Found Footage Phenomenon.

As noted by Steven Degennaro, Austin-based director of 2016’s Found Footage 3D, there's an argument that found footage stems from other art forms, from epistolary novel such as Bram Stoker’s Dracula, its diary entries and letters "written in a sort of found journal-esque style.” Even listening to the radio could cause a “found sound” panic, as Orson Welles’ 1938 prank gone haywire War of the Worlds proved.

Of course, the limbic lynchpin for the horror show version of the found footage genre remains 1999’s The Blair Witch Project, with Heather Donahue’s runny nose and the film’s stark, shaky-cam Hi8 video footage turning co-director’s Eduardo Sanchez and Daniel Myrick’s micro-budgeted filmic con into one of the most profitable indie movies ever made netting close to $250 million in worldwide sales. And yes, the rumors of viewers actually becoming physically ill and losing their popcorn-and-cola lunches during screenings are true.

One of the most impressive aspects of The Found Footage Phenomenon is just how many filmmakers are on board and eager to discuss and dissect not only their own forays into the frightening found, but those of other filmmakers as well. Alexandra Heller-Nicholas, author of Found Footage Horror Films, breaks down what’s probably the most notorious film in the genre, Ruggero Deodato’s 1980 magnum vomitus Cannibal Holocaust, while Deodato himself recalls how he was charged with murder in his native Italy due to the gruesomely effective, literally visceral fake-viscera pouring out of the actors on the screen. Two decades before that, Michael Powell’s seminal, Hitchcockian Peeping Tom used the psychotic killer’s view through the viewfinder of his killer camera, and while The Found Footage Phenomenon excels at underlining the history of the genre, things get really intriguing when everyone from Fantastic Fest favorite Andre Ovredal (Trollhunter) gnaw on the form's post-Paranormal Activity resurrection following Blair Witch’s release nearly a decade before.

All agree that the introduction of prosumer video and editing equipment had a major impact via the previously impassable budgetary line items necessary for shooting on film. More interesting though is the effect that the then-new(-ish) tech of the internet and the web had on the cultural zeitgeist. The birth and seemingly overnight global dominance of YouTube, several filmmakers, including Rob Savage of last year’s pandemic-isolated Zoom-doomer Host point out, was a massive game changer. All-too-real snuff films were being uploaded by both Taliban fighters and U.S. Army grunts (a clear influence on Brian DePalma’s stridently anti-war film Redacted). David Ayer’s faux-footage bad cop/bad cop End of Watch rattled nerves with nary an exorcist in sight. Found footage films had found their own specific ideologies and pop cultural messages, be they the dangers of unsupervised social media, as in Michael Goi’s Megan is Missing, or the rise of neo-Nazi nationalism and the corresponding tides of white power anti-Semitism found in James Cullen Bressack and screenwriter Jarret Cohen’s fiercely out-of-bounds home invasion nightmare Hate Crime.

It’s not explicitly mentioned in Appleton and Escott’s excellent albeit often disturbing documentary, but now that we’ve opened the Pandora’s Box into the era of fake news, Deepfakes, conspiracies run amuck, and a real-life virus going viral in every sense of the word, the question is where will found footage films — horror or otherwise — go from here?