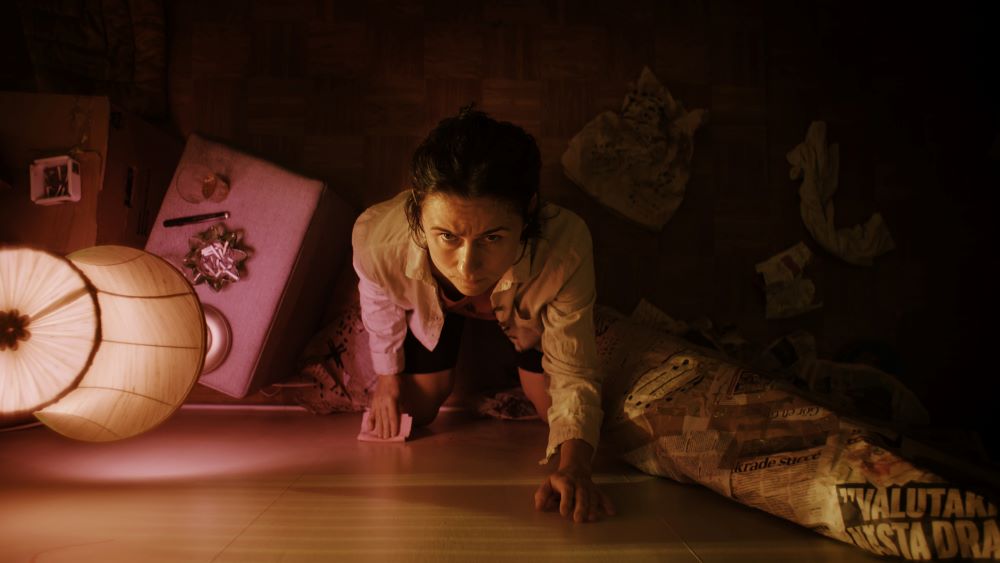 Grief is ringing a phone number you know will never answer. That's where Molly (Cecilia Milocco) is in Swedish psychological thriller Knocking after the death of her lover, a tragic event that has sent her spiraling mentally and emotionally. But while she makes that pointless call, an older summoning may be reaching out to her.

She's been recently released from a mental hospital and holed up in a new apartment, plagued by visions of old joys and trying to reconstruct something like a life again on the foundations of despair. Yet it's hard to say what's more unwelcome: the strange nighttime knocking, like a rat-a-tat at the door, from the floor of the apartment above, or the constant intrusion of the opinions of men. They dominate the frame, while director Frida Kempff creates voids around Molly, like she's trying to fill the space left by Judith (Charlotta Åkerblom). And why would anyone believe her about the noises she claims she can hear? A grieving widow, a stranger, a recently released mental patient plagued by hallucinations, a woman, especially one living alone, a little older. Someone to be ignored.

Take away the mystery of the knocking, and what Kempff and the extraordinary Milocco craft is a story of the easily dismissed (whether Molly's right or wrong, sane or collapsing, someone should be there for her). Knocking feels like the duo are reclaiming the foundations under Roman Polanski's Repulsion. There's the same sense of ambiguity without the cheap sexualization and rape fantasies. Indeed, Knocking is at its most effective when it's clearly from the highly unreliable perspective of Molly, and less so when it moves from low-key delusions to choral-backed visions of ecstasy, and from enigma to a definitive answer to what's going on.

But that doesn't undermine what Milocco achieves. Molly may be pulled back into herself, but Milocco fills her out with roiling details, in the way she purses her lips or furrows her brows at the latest instance of her diminishment by yet another authority figure. It's a performance built on tiny, expressive details that reflects a chaotic inner live, blown from inner calm dependent on delusional memories into the stormy waters of complete breakdown.