Austin Film Society’s Doc Days, a celebration of the best in filmmaking’s true tales, only had two annual iterations before COVID-19 derailed its path.

Thankfully, it’s back for a third round, and it promises an octet of remarkable documentaries from around the world, complete with director Q&As for several of the features. Previous Doc Days selections have gone on to be recognized at the Academy Awards, including Best Documentary Feature nominee Minding the Gap and winner American Factory. 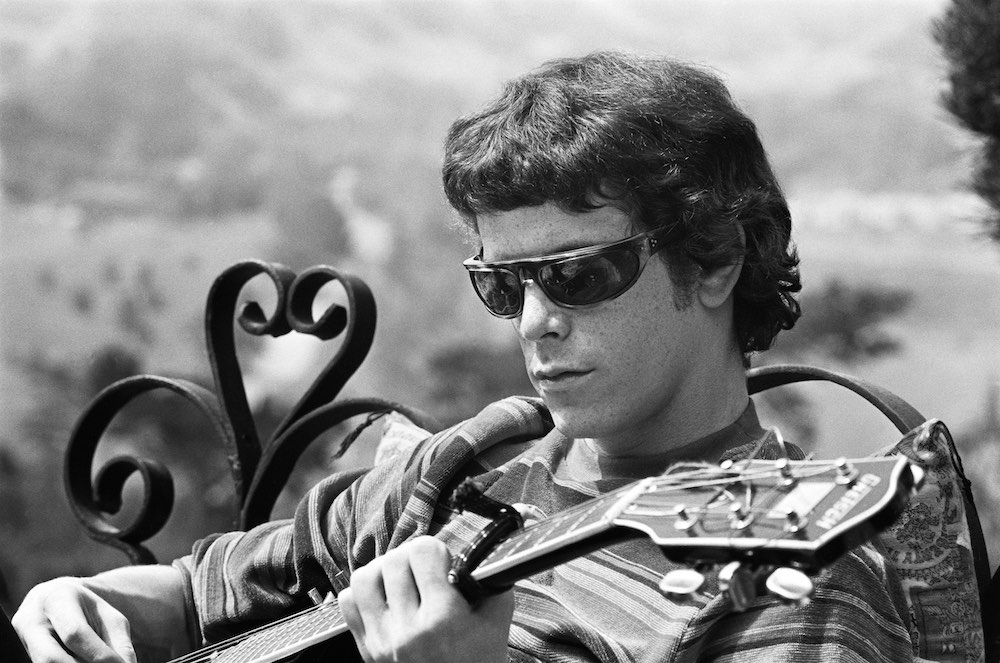 Experimental NYC music legends the Velvet Underground made their mark starting in the Sixties, and were famously associated with Andy Warhol, as chronicled in opening night film The Velvet Underground by Todd Haynes (Velvet Goldmine, Dark Waters, Carol). AFS founder and artistic director Richard Linklater will moderate a post-screening discussion with the director that’s sure to be revelatory and engaging, but for even more background, revisit the Chronicle’s oral history of member Sterling Morrison by Margaret Moser (“Velvet Underdog,” Music, March 17, 2000).

Doc Days’ centerpiece is Jonas Poher Rasmussen's Flee, which is presented in an unconventional animated style and explores the journey of the filmmaker’s childhood friend, an Afghan refugee who settles in Denmark. The mini-fest trots across the globe to China for raw truth from the 2019 Hong Kong demonstrations, to India for stories from an all-female reporting team, to Cuba to follow a star dancer whose career hangs in the balance, to the deep blue sea to investigate the songs of humpback whales.

Poignant stories from the unhoused in El Paso presented in Dirty Feathers should be essential viewing in Austin’s post-Proposition B landscape, and the inspiring narrative of groundbreaking conductor Marin Alsop is an uplifting selection to round out the series. 
The fest opens with a deep dive into the history of the avant-garde rock band, helmed by acclaimed director Todd Haynes. Interviews and footage from the films of Andy Warhol, Jonas Mekas, Maya Deren, Kenneth Anger, Shirley Clarke, and others weave a portrait of the legendary Velvets and their inspirations. A live discussion with Haynes, moderated by Richard Linklater, follows the screening.
Thursday, Oct. 14, 7pm D: Jonas Poher Rasmussen (Denmark, 83 min.)
Winner of the Grand Jury Prize at Sundance, this stunning animated doc is the centerpiece of Doc Days, and reveals how identity can be shaped by the experience of being a refugee. The subject, Afghan refugee Amin Nawabi, is director Jonas Poher Rasmussen’s childhood friend, which brings a personal note to the storytelling. Screening includes a virtual Q&A with Rasmussen.
Saturday, Oct. 16, 7pm 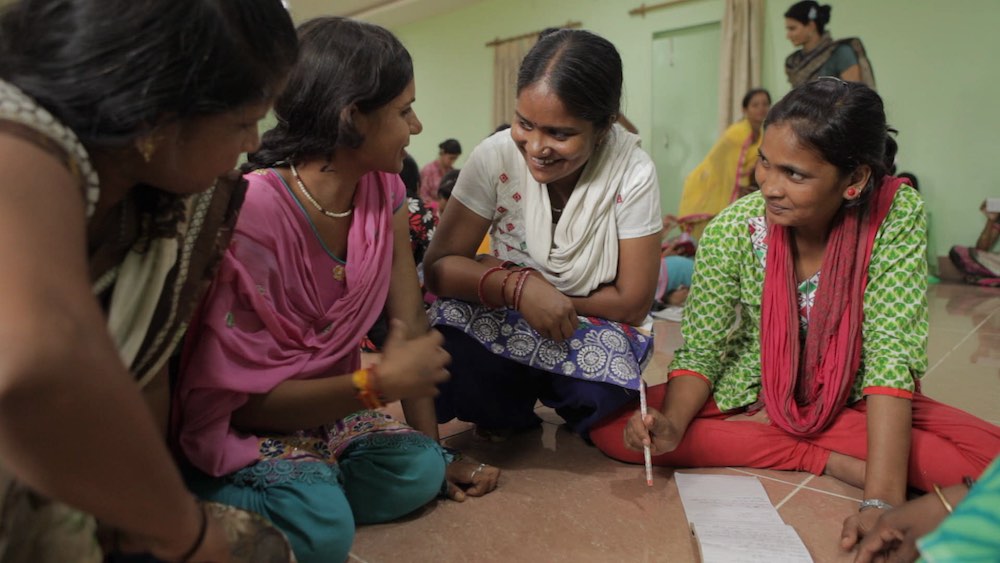 D: Sushmit Gosh and Rintu Thomas (India, 92 min.)
This winner of Audience and Jury prizes at the 2021 Sundance Film Festival explores the stories of the women who run India’s only all-female news service and produce the Khabar Lahariya newspaper. All of the “Dalit” (or “Untouchable”) class – India’s lowest in the caste system – their reporting takes them all over the country to bring human rights issues to light.
Saturday, Oct. 16, 2pm D: Roberto Salinas (Cuba, 90 min.)
Ambitious teenage dancer Alexis Martinez of the prestigious Cuban National Ballet School is profiled in this doc that follows his journey and the choices he and his family must make when political forces interrupt his training. Expressive dance sequences illustrate the narrative of a family following their dreams.
Saturday, Oct. 16, 4:15pm

D: Drew Xanthopoulos (USA, 86 min.)
Austin Film Society Grant recipient Drew Xanthopoulos brings together two scientists from across the globe to shed light on the communication techniques of humpback whales and the processes of the dedicated experts who study these majestic creatures. As a Science On Screen presentation, doc subject Dr. Michelle Fournet will appear for a special virtual Q&A, and director Xanthopoulos will be in-person for the screening.
Sunday, Oct. 17, 1pm

Inside the Red Brick Wall with Taking Back the Legislature Inside the Red Brick Wall

D: Hong Kong Documentary Filmmakers (Hong Kong, 88 min.; 44 min.)
An anonymous group of demonstrators documented the occupation of Hong Kong Polytechnic University in November 2019, resulting in a visceral inside view of the historic standoff between demonstrators and police seen in Inside the Red Brick Wall. The screening is followed by Taking Back the Legislature, the filmmakers’ documentation of the July 2019 storming of the Hong Kong Legislative Council Complex. A special guest introduction precedes the screenings.
Sunday, Oct. 17, 4:15pm 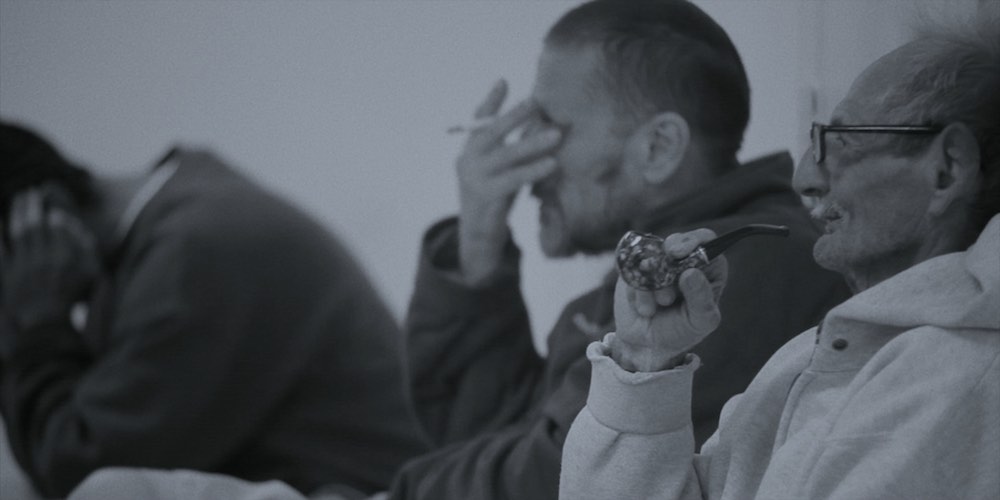 D: Carlos Corral (USA, 75 min.)
This AFS Grant-supported project captures the difficulty of life for unhoused people in El Paso who have been banned from a city shelter. Presented in stark black-and-white, it offers a humanistic and poetic view of its subjects. Director Corral will be in attendance for an introduction and post-screening Q&A.
Friday, Oct. 15, 9pm