Fantastic Fest – the Austin-based film festival dedicated to horror, sci-fi, action, and other genre offerings – has announced its final wave of programming for the September event, including a trio of high-profile world premieres.

Leading the charge is The Black Phone, from director Scott Derrickson and Austin screenwriter C. Robert Cargill, whose previous collaborations have been both strange and sinister. They reteam here with leading man Ethan Hawke for a serial killer horror with a supernatural edge, based on a short story by Joe Hill (Horns). 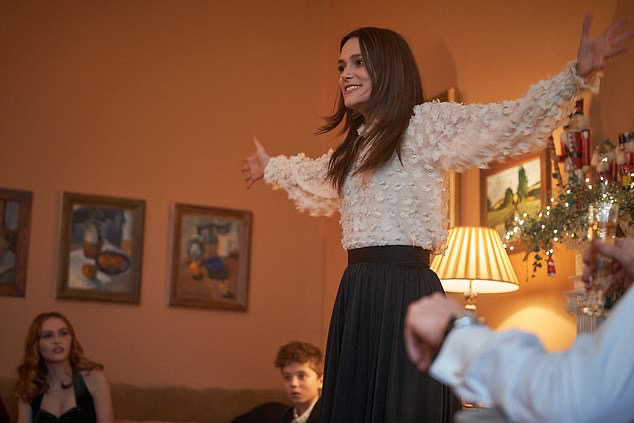 The programming drop follows last week’s announcement that Fantastic Fest is tinkering with how the in-person festival will work, including a switch from badges to individually ticketed events taking place at multiple Alamo Drafthouse locations rather than the usual sole home base at Alamo South Lamar. Organizers said that decision was made in an effort to make the event more COVID-safe; Austin is currently part of a Delta-variant-ravaged region that has repeatedly seen ICU bed capacity hover at or around zero.

The in-person festival will take place Sept. 23-30, while a virtual fest, FF@HOME, will run Sept. 30-Oct. 11 on Alamo On Demand. Keep reading for the rundown on titles announced today.

Japan, 2021
International Premiere, 95 min
Director - Hugo Sakamoto
Two teenage assassins are just trying to get by when a run-in with the Yakuza throws a wrench in their plans. Bummer!

United Kingdom, 2021
US Premiere, 97 min
Director - Ruth Paxton
Betsey, the eldest daughter of a widowed mother, suddenly finds herself unable to eat. Betsey believes this to be a spiritual blessing rather than an ailment — a belief that threatens the fabric of her family.

Japan, 2021
Texas Premiere, 122 min
Director - Mamoru Hosoda
Suzu is a shy girl from a small town who moonlights as a pop singer in a digital universe known as “U.” When a mysterious dragon crashes one of her performances, Suzu is driven to track down its user in the physical world.

USA, 2021
World Premiere, 102 min
Director - Scott Derrickson
After being abducted by a child killer and locked in a soundproof basement, a 13-year-old boy starts receiving calls on a disconnected phone from the killer’s previous victims.

Iceland, 2021
North American Premiere, 98 min
Director - Hannes Thór Halldórsson
Bussi is the best and most reckless cop in the Reykjavik police force. When, after thwarting a bank heist, he’s paired up with Hördur, the best and sexiest cop in Gardabaer, sparks start to fly. Professionally and personally.

Belgium, 2021
World Premiere, 104 min
Director - Jeroen Perceval
Johnny is a street-smart kid in Antwerp who moves drugs to survive. When he establishes a friendship with one of his clients — an actor worried about remaining relevant — both are hoping for a chance at a new life.

Japan, 2021
US Premiere, 114 min
Directors - Masashi Ando & Masayuki Miyaji
In the Kingdom of Aquafa which is under the dominion of Zol, enslaved warrior Van may hold the cure to a disease known as the Black Wolf Fever. When he escapes the mines, a manhunt begins.

Russia, 2021
North American Premiere, 130 min
Director - Lado Kvataniya
Issa Valentinovich is celebrating his promotion to police chief when a phone call reveals that the serial killer case that made his career may not be closed. Italy, Belgium, 2021
International Premiere, 140 min
Director - Gabriele Mainetti
During WWII in Italy, after circus director Israel disappears, four performers gifted with special powers go looking for him and unknowingly walk into a trap set by an SS Officer who is obsessed with finding them.

South Africa, 2021
US Premiere, 94 min
Director - Kelsey Egan
In a dangerous dystopia, a matriarch struggles to protect her children and shield them from the harsh truths of the world.

United Kingdom, 2021
World Premiere, 75 min
Director - Sebastian Godwin
A trip to the countryside turns out to be far from idyllic for a father and his new fiancée when his kids decide the house is a little too crowded…

Norway, 2021
US Premiere, 117 min
Director - Eskil Vogt
A group of children discover that they have psychic powers that defy explanation. Will they use them for good… or evil?

Austria, 2021
North American Premiere, 103 min
Director - Peter Brunner
Johannes, a man with the mind of a child, lives secluded in the Austrian Alps with his God-fearing mother. When a developer starts buying out the land in order to build a cable car, their world is turned upside down with tragic consequences.

Austria, 2021
World Premiere, 90 min
Director - Johannes Grenzfurthner
An IT technician locks himself in his apartment and sets up a homemade lab in order to better understand and cure his tinnitus. His experiment will ultimately lead to tragedy.

South Africa, 2021
US Premiere, 92 min
Director - Jenna Cato Bass
The aftershocks of apartheid reverberate through a family as a daughter tries to free her mother from the grip of her mysterious employer.

Netherlands, Belgium, 2021
World Premiere, 103 min
Director - Alex van Warmerdam
A stranger whispers the word “kamaihí” into stage actor Günter’s ear and disappears. Günter was found abandoned in a forest as a child and never wondered about his birth parents… until now. Will his quest to unravel the mystery of his past provide peace or further plunge him into chaos? 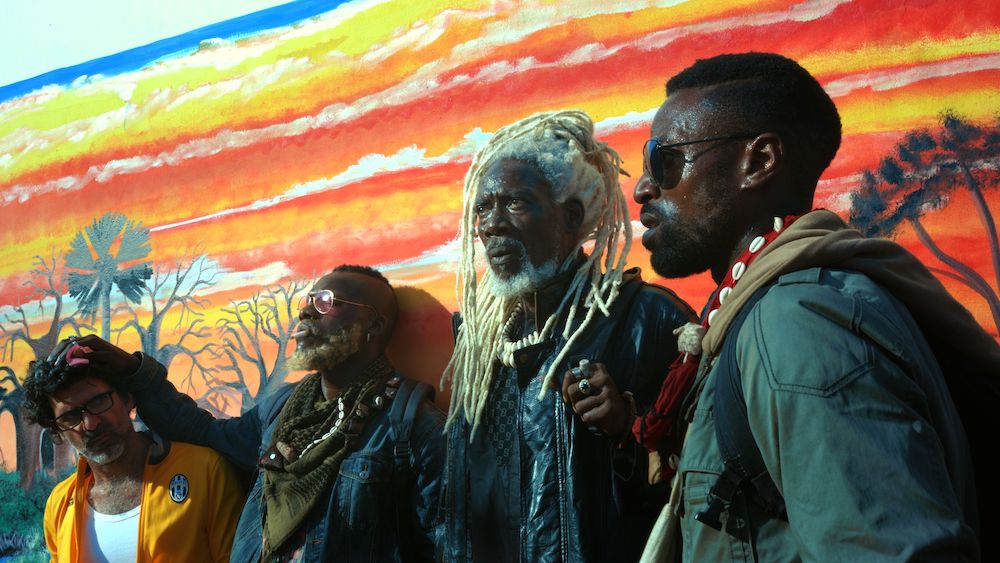 Latvia, 2021
World Premiere, 85 min
Director - Aik Karapetian
Samuel travels to Eastern Europe to look for the father he’s never met. When he accidentally hits a piglet with his car, he ends up enslaved at the owner’s farm.

United Kingdom, 2021
US Premiere, 90 min
Director - Camille Griffin
Family and friends come together to celebrate Christmas. The gathering quickly escalates into arguments and the rehashing of old issues, but there may be a very simple reason for the rapidly rising implosion.

France, 2021
North American Premiere, 87 min
Director - Fabrice Eboué
Vincent’s butcher shop is not doing well. After he intentionally runs over a vegan activist who has vandalized his store, he uses his skills to dispose of the body… to the delight of his clueless customers.

SWEETIE, YOU WON'T BELIEVE IT

Kazakhstan, 2020
Texas Premiere, 85 min
Director - Yernar Nurgaliev
What begins as a fishing trip with the boys quickly spirals out of control when they witness a mob hit in the forest, and that’s just the beginning of this insane, violent, hilarious misadventure from Kazakhstan.

USA, 2021
World Premiere, 76 min
Director - Alexandre O. Philippe
In his sublime new documentary, Alexandre O. Philippe analyzes the myth of Monument Valley, its symbolism in westerns (including John Ford’s), and its significance during the conquest of the West and in American history.

THERE'S SOMEONE INSIDE YOUR HOUSE

USA, 2021
World Premiere, 96 min
Director - Patrick Brice
Makani Young and the graduating class at Osborne High are being targeted by a masked killer intent on exposing their darkest secrets to the world. 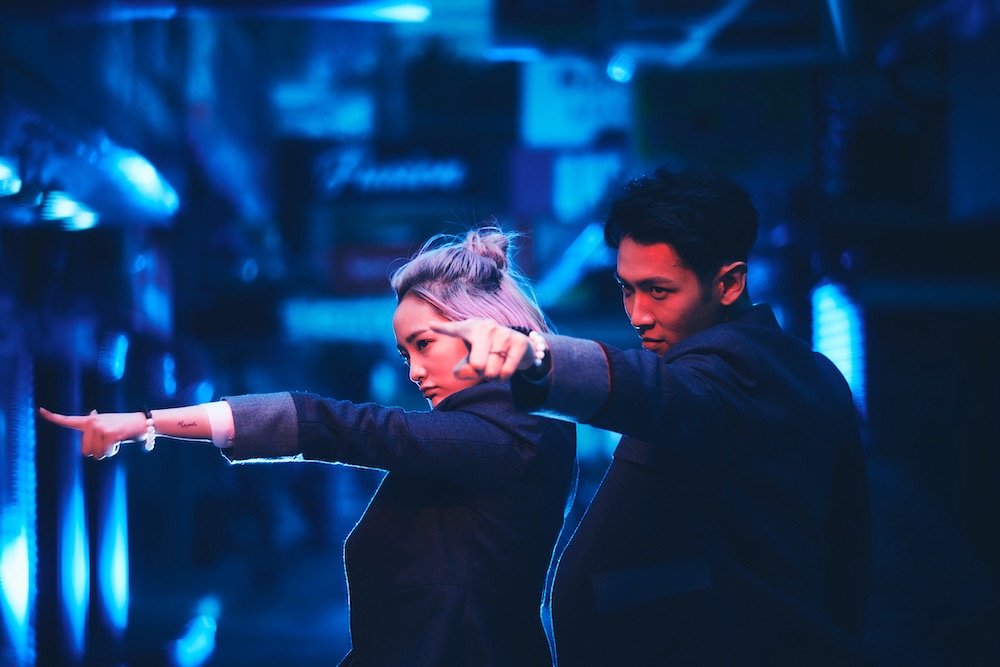 Till We Meet Again

TILL WE MEET AGAIN

Taiwan, 2021
North American Premiere, 128 min
Director - Giddens KO
After being struck by lightning, Alan wakes to find himself in a bureaucratic underworld. Facing the prospect of being reincarnated as a snail, he opts instead to train as a love god.

THE TIMEKEEPERS OF ETERNITY

Greece, 2021
World Premiere, 64 min
Director - Aristotelis Maragkos
In this mesmerizing experimental film, a Stephen King television movie is compressed and transformed through hypnotic black and white collage animation that meticulously reconstructs and reshapes its supernatural drama to an eerie and profound effect.

THE UNITED STATES OF INSANITY

USA, 2021
World Premiere, 99 min
Directors - Tom Putnam & Brenna Sanchez
Get to know the men behind the makeup in this illuminating doc about the Insane Clown Posse as they fight for their fans’ right to enjoy their music, free from government harassment.

WHO KILLED THE KLF?

United Kingdom, 2021
World Premiere, 88 min
Director - Chris Atkins
They came to spread chaos and to make you dance. When the dancing stopped, the chaos was all that remained. One way or another, WHO KILLED THE KLF? is gonna rock you.

WOODLANDS DARK AND DAYS BEWITCHED: A HISTORY OF FOLK HORROR

USA, 2021
US In-Theater Premiere, 192 min
Director - Kier-La K. Janisse Dracula III
The world’s most passionate and knowledgeable genre film expert, Kier-La Janisse, takes you on a global tour of folk horror that will simultaneously rock your world and will change your life forever.

Each short film will be presented either as part of a traditional shorts block programs (FANTASTIC SHORTS, SHORT FUSE, SHORTS WITH LEGS, and DRAWN AND QUARTERED) or paired to screen a feature.