Today, Austin Film Festival announced the second wave of film selections slated for the 28th annual festival, scheduled for October 21-28. Six films have a local connection and three will be directorial debuts. 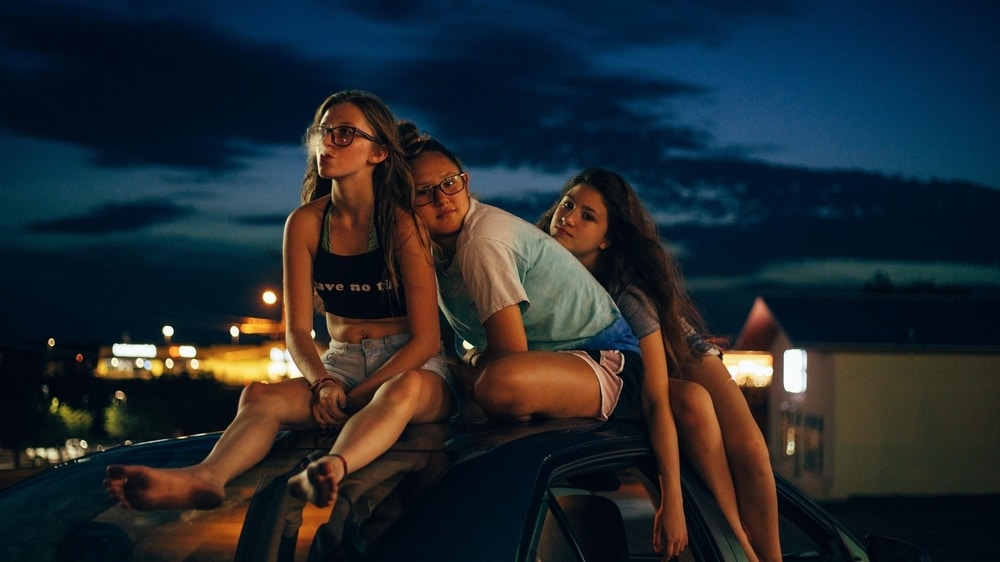 AFF's mission is to put writers first, and this second wave includes narrative features from local writing talent. Ranch Water, from UT-Austin alum Sophie Miller (who also directs), follows a group of friends on the verge of graduation, and Jockey from Greg Kwedar tells the story of an aging jockey on the verge of retirement.

We've all had first dates, with varying degrees of success, but what if your first date lasted 60 days? Austin native and AFF alum Chad Werner tackles that question in The One You're With, telling the story of a couple whose relationship is forged during quarantine.

Meanwhile, the Austin-shot Buck Alamo captures the heart of the Live Music Capital of the World with the tale of a musician attempting to reconnect with family while facing death.

And documentary Commissioner of Power sheds light on the origins of Austin's Stark Center, telling the story of powerful local figure and Olympic weightlifter Terry Todd, who passed away at age 80 in 2018.

Read about the first wave here, get all our coverage of the festival at austinchronicle.com/austin-film-festival, and snap up your tickets and passes at austinfilmfestival.com. Keep an eye out for more announcements later this month. COMMISSIONER OF POWER
Written/Directed by Todd Sansom
World Premiere
This documentary feature details how Terry Todd used his passion for writing, weight training and history to shape the Iron Game and its influence on people throughout the world. Todd and his wife Jan would go on to co-found the H.J. Lutcher Stark Center for Physical Culture and Sports at the University of Texas at Austin.

THE KING OF NORTH SUDAN
Written by Danny Abel and Brett Blake, Directed by Daniel Abel
USA Premiere
Jeremiah Heaton embarks on the journey of a lifetime in the feature documentary, directed by Daniel Abel and executive produced by Danny McBride and David Gordon Green. Heaton’s brash quest to make his daughter a princess by claiming a plot of land in Sudan and trying to get unspeakably rich in the process is full of twists and turns.

CUSP
Directed by Parker Hill and Isabel Bethencourt
Texas Premiere
This feature documentary from Showtime examines the lives of three girls living in a rural Texas town where their summer break serves as a small window into their lives as the audience watches them grow, struggle with relationships, and navigate life as a modern teenager.

LARRY FLYNT FOR PRESIDENT
Written by Nadia Szold and Tchavdar Georgiev, Directed by Nadia Szold
Texas Premiere
Following the dynamic figure during his presidential run in 1983, when Flynt took his defense of free speech to the national stage. The One You're With

JOCKEY
Written by Clint Bentley and Greg Kwedar, Directed by Clint Bentley
Austin Premiere
From Sony Pictures Classics, written by Austin local Greg Kwedar, the film explores the world of horse racing as an aging jockey attempts to win one last title while a young rookie guns for his crown.

THE ONE YOU’RE WITH
Directed by Chad Werner
World Premiere
A comedy that explores a romance forged during turbulent times as a first date leads to spending 60 days in quarantine together. Written and directed by Austin native and AFF alum Chad Werner.

RANCH WATER
Written/Directed by Sophie Miller
World Premiere
Written and directed by University of Texas alum Sophie Miller, which follows a group of women who are on the brink of graduating college and deciding their futures and untangling their friendships.

ADDICT NAMED HAL
Written/Directed by Lane Michael Stanley
Texas Premiere
Explores the everyday lives of a group of addicts in a halfway house through the lens of a young woman who enters treatment for the first time. From first-time feature filmmaker Stanley comes a personal film that reminds us of what is most needed: empathy.

North American Premiere
Ailing musician Buck spends his final days trying to reconnect with his estranged family while dueling with death. Shot in Austin, the film captures the spirit of the city and its growing pains.