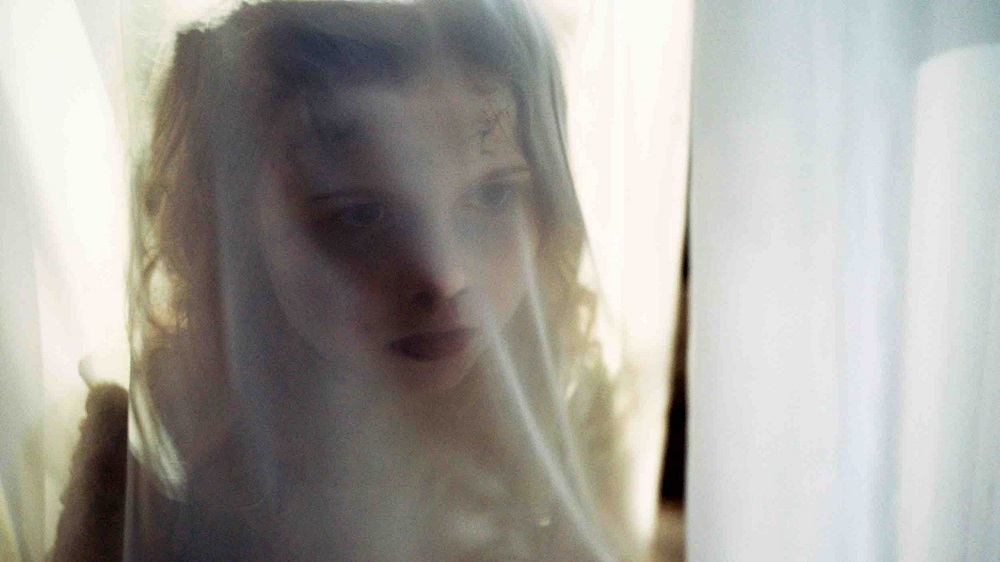 Ghosts, its said, are greedy things. Angels, according to lore, are generous. So which it is that comes walking up the titular Martyrs Lane is a matter of life and death.

Writer/director Ruth Platt places an innocent in the path of whatever this spirit is: Leah (Kiera Thompson), the child of an English village rector, Thomas (Steve Cree), and Sarah (Denise Gough), a transparent whisper riddled with inexplicable bitterness to her youngest daughter. Older sister Bex (Hannah Rae) is already eyeing the door of their home, but with more than the usual spiky teen determination driving her towards university. So of course Leah is drawn to the offer of friendship from a girl with home-made wings (Sienna Sayer).

Catholic horror is such a well-worn path in modern horror that it's hard to find anything new to say, so Platt presents Anglican horror - less riddled with dogma and with a lot more cake (small town English religiosity is probably best summed up as a firm belief in the healing power of tea and a Vanilla slice). That's where the ambiguity that allows Leah to open her door to the spirit comes in, with a basic challenge to her young, instinctively devout mind: how can there be an angelic order from heaven if the spirits of the dead are roaming the Earth?

Platt lets the supernatural seep in incrementally. Initially it's through Ben Baird's layered and subtly distressing sound design, which fluctuates from the norm with sudden bursts of vibrato and bass, even blowing out the sound with a disquieting rattle. As the nature of the unearthly visitor becomes clearer, subtle and distressing practical effects play their role.

Yet what's really chilling is why the spirit is drawn to the family, and in this Platt follows in a peculiarly British lineage, from The Innocents to The Little Stranger, where the seeming tranquility of a family has a hidden spot of rot: not a sin, but a tragedy. That's all captured in Gough's performance, a brittle construct of bitterness and tragedy, given greater resonance by Thompson in her desperation to fix her relationship with her mum.