Jordan Levin on the Future of Rooster Teeth

Post-pandemic, the studio's general manager looks at the next steps 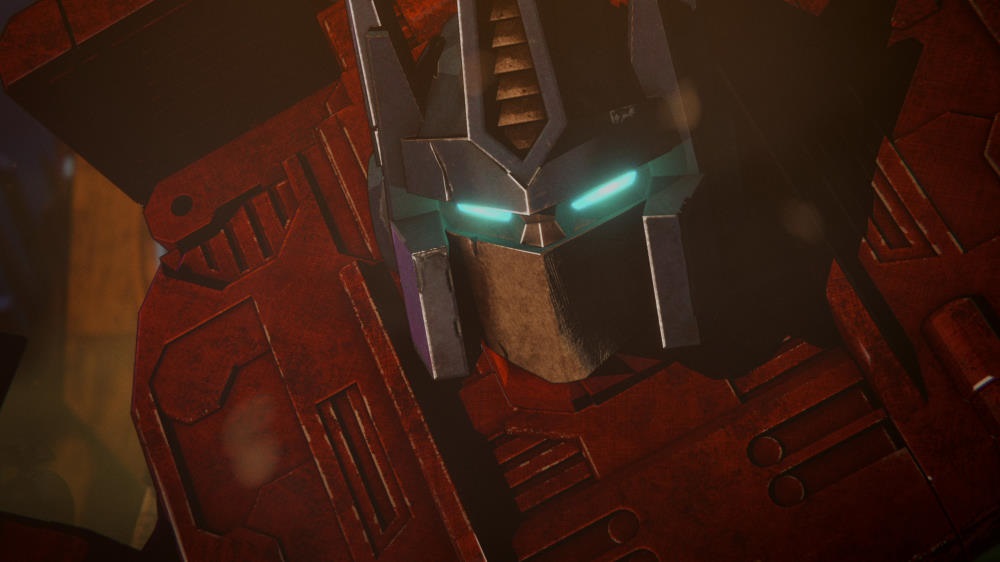 The Transformers: War for Cybertron trilogy, a landmark change in the evolving business model of Austin's Rooster Teeth (Image Courtesy of Rooster Teeth)

Burnie Burns once called Rooster Teeth - the Austin-based online content leviathan he cofounded - the biggest cult no one in the city knew about. But Jordan Levin, the industry veteran who now serves as RT's General Manager, knew all about them long before they became a household name locally.

So did anyone whose been looking at the future of online video. "I followed Rooster Teeth from pretty close to inception," he said. "Not as a hardcore fan but as someone who was paying attention to what people were doing."

He's now leading the company during one of its most pivotal phases in its existence, one that has seen a dramatic evolution - providing shows for external partners including Netflix (Transformers) and HBO Max (gen:LOCK) - while also coming out of a pandemic in which the firm produced vast quantities of free, live content for its fans and subscribers. While the team begins the process of reintroducing its pre-pandemic mainstay of prerecorded content into its scheduling, it's definitely a different firm to the one that entered the pandemic.

The pivot to live stream came quickly during lockdown, and out of a sense of responsibility to the loyal fanbase. Back when everyone thought the lockdown was going to last a few weeks, one of the first events cancelled was the planned West Coast tour for the studio's gaming strand, Achievement Hunter. As way of a make-up event/thank you to disappointed fans, they launched a 12 hour livestream event. Levin spent the evening with Achievement Hunter host and RT Executive Creative Director Geoff Ramsey, watching that chat and monitoring the response on social media. "We were really amazed by how many people around the world who were proceeding us on lockdown were so appreciative. They were saying things that you couldn't help but be moved and surprised by."

Coming out of the event, Levin and the team decided to pivot to livestreams during the pandemic, and that's been "the path forward" for the last year and a half. There was some sheer good luck involved, too: Levin noted that they'd wrapped one of his one of his favorite new shows, Last Laugh, just before lockdown. Similarly, news show Wrestling With the Week brought All Elite Wrestling star Scorpio Sky to the team, just at the point when its flagship show, AEW: Dynamite, started to dominate cable ratings.

None of this would have been possible if it wasn't for the biggest lucky break of all: they had upgraded their internet connection in the spring of 2020, just before everyone started working from home. Levin recalled, "Our tech team was out there with pick and shovel trying to get that upgraded, and that was critical for keeping the bandwidth of employees, especially on the animation side."

That technical upgrade is part of how the company was able to produce hundreds of hours of live shows during lockdown. Levin explained, "This is our purpose and mission during this. ... We're entertainers, at the core of it, but we're an entertainment company that is built on this nexus of community."

“This is our purpose and mission during this. ... We’re entertainers, at the core of it, but we’re an entertainment company that is built on this nexus of community.”
Community has long been at the core of Rooster Teeth, and its loyal fanbase (much of it subscribing to the Rooster Teeth First platform) has allowed it to grow from the founders' home project to one of the biggest year-round production studios in Texas. Founded in 2003, it was among the first online video studios firms to market, predating YouTube. At that point, Levin was CEO of the nascent WB Network (now the CW), which he left to found full service studio and talent management service Generate. That's when RT really got on his radar, and that of everyone in the rapidly-evolving online entertainment industry. In the space of fan-driven, purely digital content creators, "Rooster Teeth was the one company that everyone was envious of. It was the one company that was viewed as figuring out how to monetize its content across multiple businesses."

Levin ended up crossing paths with RT cofounder Matt Hullum through an unexpected connection: both UT Austin grads, they also sat on the advisory council for the Moody College of Communications, and so he also got to know cofounder Burns. Every year or so, when he visited Austin, "I would touch base with them to see what's going on, and compare notes.

Even though Levin didn't join Rooster Teeth until 2019, the turning point really came in 2014. He'd sold Generate two years earlier to Alloy Digital, and finally left the firm in February. In November, Rooster Teeth announced it had been acquired by Fullscreen - the first of a series of mergers, sales, restructurings and acquisitions for the Austin firm. As a veteran of the corporate media world got to know Burns and Hullum even better "[and] there were a lot of conversations about what it is to deal with corporate owners." Every year since acquisition, Rooster Teeth had gone through some corporate shift and a change in reporting structures "which is how I got here. In the summer of '19 I was here visiting family, and [Rooster Teeth] had just got moved from Warner Bros. to the HBO Max side, and I just said, 'How's it going?' They rolled their eyes and said, 'Would you ever consider coming in here to run things, because we'd really like to get back to the creative stuff?'"

It was an easy sell. "I've always been interested in younger consumers and how they change behavior, leveraging new technology and shifting models," Levin said, and RT had always been ahead of the curve - first when it comes to increasing media convergence, but also specifically in relation to its position in Austin's media scene, "in terms of animation becoming a bigger part of Austin's production scene, the founding of Austin Studios, the growth of the vide game industry, the move of a lot of tech companies here, and more recently podcasting."

Moreover, there was the appeal of coming back to Austin, where he had cut his entertainment industry teeth as a unit publicist of the 1997 Touchstone feature D.O.A.. "In LA, everyone competes with each other ... I wouldn't even say it's frenemies. It's enemies with a smile. Here. we're doing a project with Minnow Mountain, we're talking to Powerhouse about doing things. They'll help out if we have needs, we'll help out if they have needs. I love the sense that what's good for someone in Austin is good for all of Austin."

Shows like Last Laugh and Wrestling With the Week are seen as appealing beyond the traditional RTX audience: at the same time, it's seen the beginning of content for platforms other than Rooster Teeth. While he's the corporate expert in the company, Levin noted that the process began well before he joined. The first, the Transformers: War For Cybertron trilogy produced for Netflix was a legacy project, the deal in motion with Machinima when parts of that company were absorbed into Rooster Teeth in 2019. It was gen:LOCK, produced for HBO Max and starring Michael B. Jordan, "that opened our eyes to the opportunity," Levin said.

Rooster Teeth's current business model plays into both: providing content for the big players, while still appealing to its dedicated fanbase. That includes an evolving role for the Rooster Teeth First service. "To my mind," Levin said, "it's a patronage model for which you get rewarded a number of benefits, including seeing things first, but also getting discounts on merch, first access to ticket sales, exclusivity access."

One big question that has been asked by loyal fans, many of whom are long-time First subscribers, is the future of RWBY, Rooster Teeth's signature anime-influenced fantasy epic. Season 9 has been announced, but the studio has always made it clear that there is a definitive end. When that is remains a closely-guarded secret, but plans are already in process for that change. "We're taking a franchise-management approach," Levin said. Much as with the slow development of their first real success, Red vs. Blue, there's a change from "a singular narrative thread" to a whole canon. In part that's driven by the rising costs of the show, which started as something that could be done readily in-house but now has become a premium-level series. That expansion includes merch and spinoffs, including games, but also crossovers like the RWBY/Justice League "but there are other opportunities ... an infinite number of stories that can emanate from that world, in our mind no different to the Star Wars universe or The Lord of the Rings."

For now, there's a degree of appreciation that Rooster Teeth has come through the pandemic with both its talent, its behind-the-scenes staff, and it core audience in tact. Levin said, "The fact we were able to largely stick together, it really speaks a lot about the company, their commitment to one another and the community. I'd like to take some credit, but I didn't found it, and I just feel really privileged to be part of it."