Passing in America: Colman Domingo on Complex Identities in Zola

The character actor cracks open the life of a villainous pimp 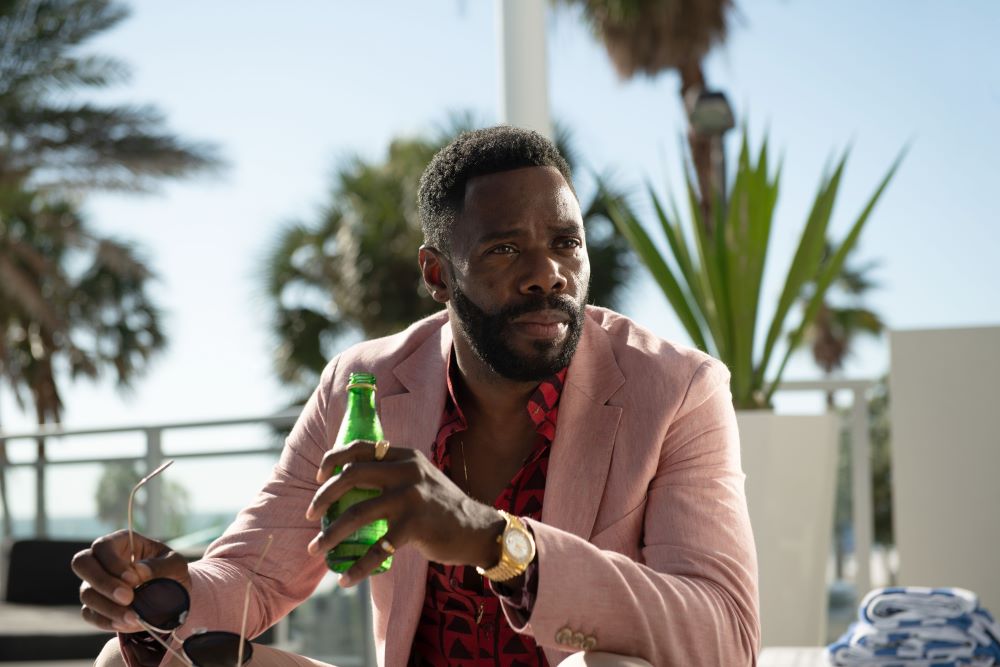 Colman Domingo as X, the enigmatic and violent pimp in torn-from-Twitter crime dramedy Zola (Image Courtesy of A24 Films)

Is anything more fun for an actor than playing an intriguing villain? If the answer is yes then X, the manipulative pimp in torn-from-Twitter drama Zola must have been a blast to inhabit. "Ya think?" laughed Colman Domingo. "The best villains are the ones that really challenge you, and make you find their heart and soul."

X, the malevolent manipulator at the heart of the film, is one of the key figures in the (in)famous 2015 Twitter thread by Aziah “Zola” Wells (played by Taylour Paige) who sets off from Detroit to Florida for a weekend of stripping with Stefani (Riley Keough), who she barely knows, Stefani's hapless boyfriend, Derek (Nicholas Braun), and X, who she introduces as her room mate but ... well ....

“The best villains are the ones that really challenge you, and make you find their heart and soul.”
The Fear the Walking Dead star admitted that he came in blind to the script, having never read the original thread. "I'm a terrible person on Twitter. I barely know how to navigate it," he explained. He only discovered the story when director Janicza Bravo (Lemon, Gregory Go Boom) sent him the script "and to be honest, I was very surprised. When I read it I thought it was so arresting and unique and brilliant and witty and dark and hilarious, and then I thought, 'What the heck has she seen me do that makes her think I would be a good X for her?'" He'd just come off parts like the grandfather-to-be Joseph Russell in If Beale Street Could Talk, compassionate doctor Russell Daniels in The Knick, and civil rights leader Ralph Abernathy in Selma, "so I thought, wow here's someone that's able to understand what I'm able bring as a craftsman and really go into some deep character work to create a complex villain."

At least, that's what he thinks she was thinking. "She has not told me, but what I believe is that, just by taking a look at Janicza Bravo's direction, and her world view, and how she thinks outside of the box with every frame, every bit of writing and storytelling from her and Jeremy O. Harris, you see that she sees more than what meets the eye."

When crafting the part of X, he effectively three archives upon which he could draw: the original thread, David Kushner's 2015 Rolling Stone article on the wild weekend, and the script, and he dived as deeply as he could into all three. But he went far beyond that in his research. "My job was to find the heart and mind and soul of a pimp, of someone who traffics women, so I had to go down the rabbit hole of whatever I could find, whether it's on YouTube, whether it's on documentaries, whether it's Iceberg Slim and his autobiography, Pimp."