Masters of the Universe: Revelation Trailer Threatens All Life

More details on the new show from Kevin Smith and Powerhouse 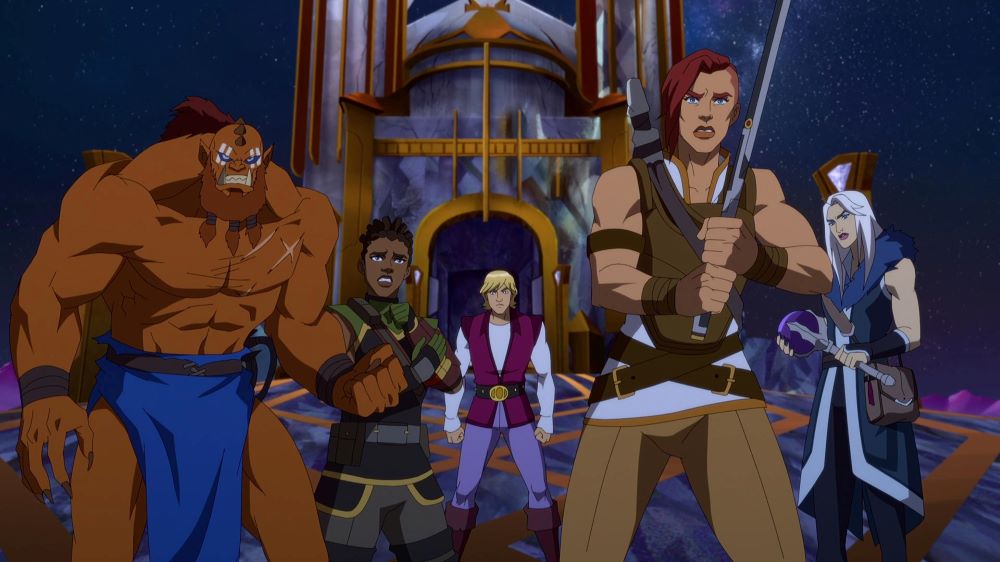 Strange alliances form in the Masters of the Universe: Revelation from Austin's Powerhouse Animation

So, it looks like the entirety of creation is ending - at least, in the new trailer for Masters of the Universe: Revelation, the continuation of the fan-favorite 1980s TV animated show now being revamped by Clerks creator Kevin Smith and Austin's Powerhouse Animation.

The new trailer dropped today, just after Netflix announced an exclusive first-look deal with the Austin studio behind the massively successful Castlevania adaptation, which just wrapped its fourth season and announced a new spin-off show.

But this new look at the continuation of the show provides a lot more plot details, some of which explain why it was worth bringing back the show. How does the fate of the entire universe sound?

In between the last episode (broadcast in December 1984) and the new show, something terrible has happened to Eternia, the first planet to ever host life. Magic has disappeared, and now it seems that all life is doomed. The only person who can save everything is, no, not Prince Adam or his muscle-bound alter-ego (both voiced by Chris Wood), but Teela (Sarah Michelle Gellar), who is very much front-and-center in this new trailer. Plus, we get new looks at Moss-Man (who seems to get a very cool Swamp Thing-style upgrade), and some wise words from Cringer (Stephen Root) who lays out exactly how high-stakes this all is.

So that explains why we're seeing Skeletor's most loyal lieutenant, Beast Man, seemingly on the same side as Teela and He-Man, but is it going to be that easy to get old boney-bonce himself on the same side as his old nemesis? Guess we'll find out when the first installment of Masters of the Universe: Revelation drops on Netflix on July 23.