The Return of Ted Lasso, the Rescheduled Tokyo Olympics, and 44 Other TV Somethings to Consume in July 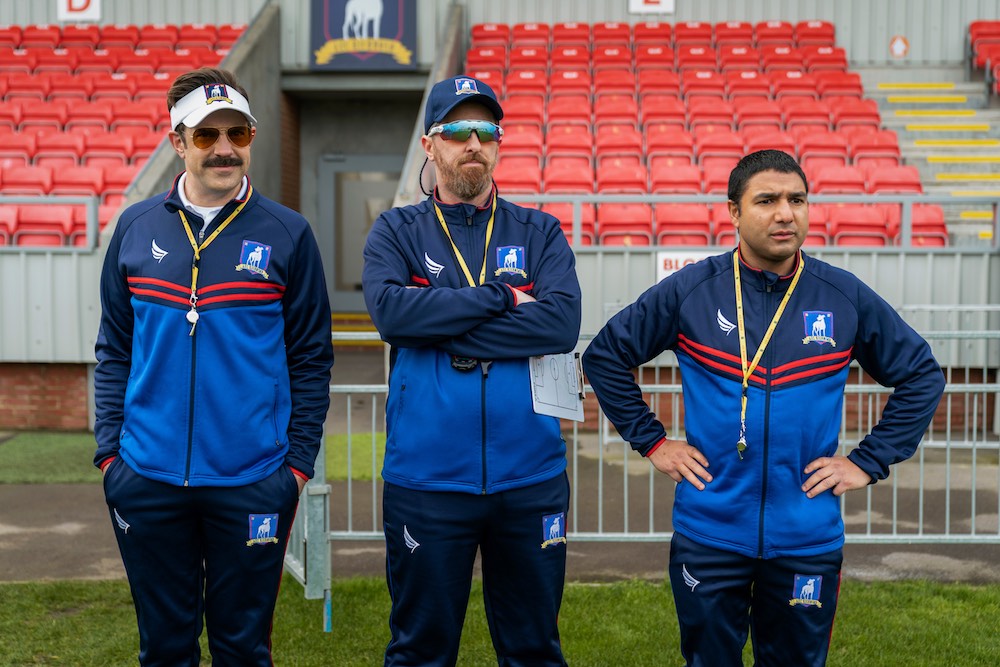 How many times have you watched Ted Lasso’s first season? How many people have you recommended it to? As its gentle humor and uplift of kindness and decency wash over you, do you wonder if it’s actually uplifting your serotonin levels, too?

Good news for the cult of Ted Lasso, Apple TV+’s breakout show about an American football coach who relocates to the UK to take over a down-and-out soccer team (aka “the show about soccer that doesn’t require you to actually understand soccer in order to get it, to love it, to want to curl up with it like you do the weighted blanket you bought off the Internet to deal with your crippling pandemic stress and existential dread”). It’s coming back July 23!


If you prefer your heartwarming sports stories sourced from real life, the Tokyo Olympics, rescheduled from last summer, kicks off Friday, July 23 and runs through Sunday, Aug. 8. Peacock, NBC’s streaming app, will launch a “Tokyo Olympics destination” on July 15, featuring multiple channels offering a mix of live coverage – including Men’s and Women’s Gymnastics, Men’s and Women’s Track and Field, and USA Men’s Basketball – as well as on demand content, with a rotating set of hosts and contributors, including Amber Ruffin providing comedic analysis.

Other July programming highlights include:

• Some of the original creative team behind Gossip Girl is back for this reboot, which debuts July 8 on HBO Max. A distinctly more diverse cast this time around steps into the shoes of spoiled, bitchy private schoolers in Manhattan; Kristen Bell returns as the voice of the anonymous social media account that tracks the It Crowd's every movement.


• For those of us who love reality TV dating shows but can’t stomach the Bachelor franchise’s love’s-journey schmaltz (or its extremely problematic history with representation), Love Island UK is welcome antidote – trashy in a fun way, not futzing around with too much love talk, and totally addictive. (It has its own problematic history; notably, contestants in past seasons have argued they haven’t received enough post-show mental health support, and there have been three suicides among the cast ranks.) The pandemic nixed the UK’s 2020 show, but the U.S. version on CBS managed to pull off a fairly successful season (leaps and bounds over its first, piffling try in 2019), with cast members quarantined at a Las Vegas resort and the real-world Black Lives Matter movement informing frank conversations on the show in a way American reality TV does not always embrace. Love Island US relocates to Hawaii with a July 7 premiere on CBS (streamer Paramount+ will also air additional content), while Love Island UK – which debuted this week across the pond – begins streaming episodes stateside on Hulu on July 12. Meanwhile, Netflix is expanding its niche dating show concepts (which already include Indian matchmaking, dating on the spectrum, and the no-peeking Love Is Blind) with the truly bizarre-sounding Sexy Beast, in which potential paramours are concealed in elaborate costumes and prosthetics (a panda, an insectoid, a lady Beezlebub). That oddity drops July 21.


• Let’s class things up a bit, shall we? UK export The Pursuit of Love – a three-part adaptation of Nancy Mitford’s classic 1945 novel of manners – debuts July 30 on Prime Video. Reader, I inhaled it. A meditation on female friendship and potent picture of the limited roles available to women at the time, The Pursuit of Love bursts out of the gate as a stylish, energetic lark, channeling Sofia Coppola’s penchant for anachronistic music drops and Wes Anderson’s flair for fussed-over tableaux, and almost imperceptibly becomes a darker, more moving thing as war looms and youthful romanticism drops away to the disappointments of adulthood. Downton Abbey alums Lily James and Emily Beecham are terrific as two cousins, one flightly, one steadfast, in pursuit of said love; certified Hot Priest Andrew Scott (Fleabag) is even hotter in to-the-manor-born leisure wear; and writer-director Emily Mortimer cannily casts herself, Harry Lime-like, in the small but essential role of a wayward woman dubbed The Bolter.


• For now at least we’re still getting movies once destined for the multiplex debuting on TV instead, or appearing shortly after a theatrical exhibition. Steven Soderbergh starter-guns the month with No Sudden Move, a heist film set in 1950s Detroit starring Don Cheadle and Benicio del Toro (July 1, HBO Max). Prime Video drops another big-budget actioner July 2 with the Chris Pratt sci-fi/war hybrid The Tomorrow War (Prime Video, July 2). Following three original limited series on Disney+, the Marvel Cinematic Universe finally has fresh film fodder in the long-delayed Black Widow prequel (Disney+, July 2), while the theme-park-to-moving-pictures pipeline will chunk out Jungle Cruise, starring the Rock and Emily Blunt (Disney+, July 30). Further mining of childhoods past comes by way of the Space Jam reboot starring Lebron James (HBO Max, July 16). Non-tentpole options include Questlove’s directorial debut, Summer of Soul (... Or, When the Revolution Could Not Be Televised), a widely praised documentary look at the formative Harlem Cultural Festival of 1969 (Hulu, July 2); Sundance dramedy How It Ends (as in, how the world ends) from partners Zoe Lister-Jones and Daryl Wein (July 20, VOD); and a couple of Netflix romancers, JoJo Moyes’ adaptation The Last Letter From Your Lover (July 23) and Resort to Love (July 29).

NEW AND RETURNING SERIES COMING TO TV AND STREAMING IN JULY 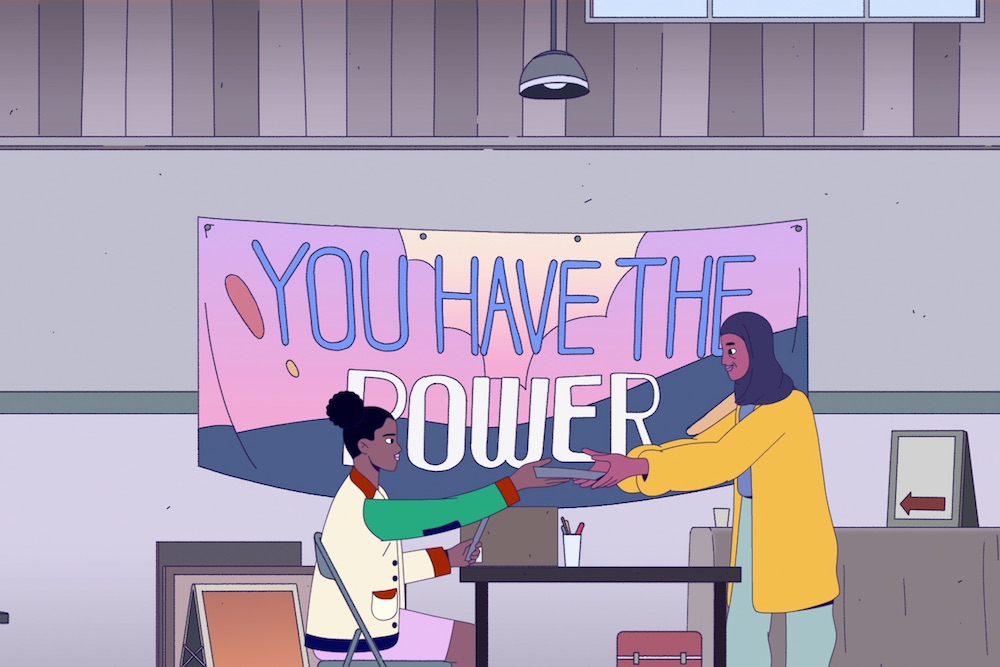 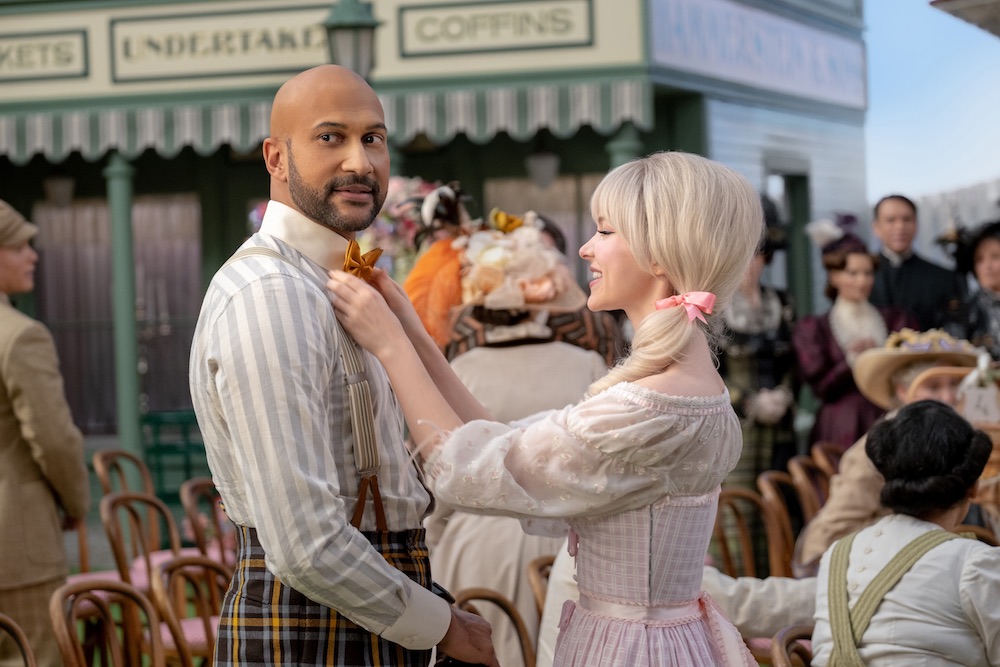 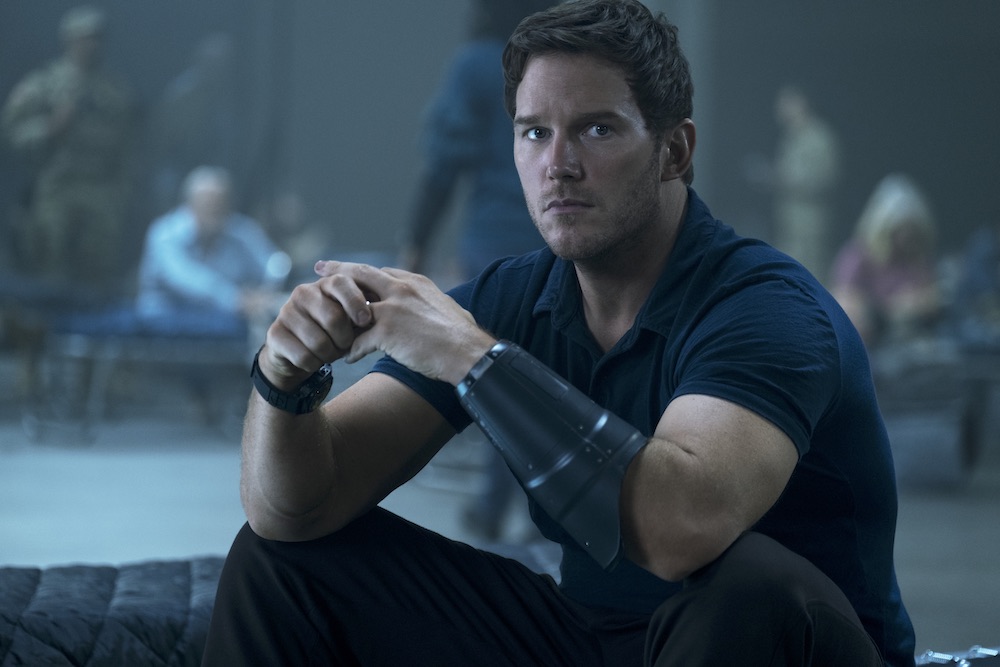 Chris Pratt in The Tomorrow War (courtesy of Prime Video)