Brain-twisting SF drama questions who you believe you are 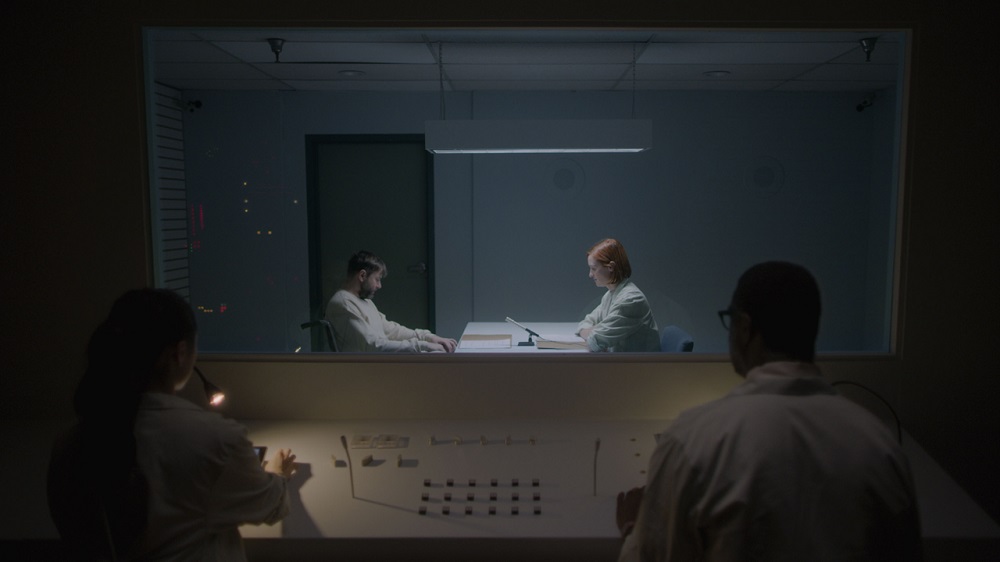 A tire is flattened by a plank filled with nails on an empty road. It's the classic set-up for the opening of a redneck horror film, but in Tribeca 2021 selection Ultrasound the tortures awaiting are subtle, and of the metaphysical kind.

Much like another Tribeca selection, maternity horror False Positive (which arrived on Hulu this weekend), Ultrasound is an intriguing and sometimes sickening look at what happens when you gaslight an unreliable narrator, because it becomes clear that, whatever anyone is telling Glen (Vincent Kartheiser), and whatever he believes is happening, neither of them is true.

Clearly something happens when Glen's tire conveniently pops near the house of Art (Bob Stephenson) and Cyndi (Chelsea Lopez), a couple with a marked age difference, which could be part of why Art spends the entire evening cajoling Glen into sleeping with his wife. But that version of events doesn't seem to stick with any of them, with subtle variances in memories to begin with, then a whole different shared history emerging. And what can any of that have to do with Katie (Rainey Qualley), who is having an affair with a mysterious and well-connected man (Chris Gartin), and doesn't seem to realize she's pregnant?

The answer, fairly obviously, lies in the work of a researcher (Breeda Wool) working in the fields of hypnosis and suggestion. Yet in this freeform adaptation of Conor Stechschulte's comic Generous Bosom (scripted by the artist himself), director Rob Schroeder is less interested in the mechanism than in the chaos it causes. Resolutions and absolute statements of fact are elusive, which is what makes Ultrasound both intriguing and headscratchingly infuriating in equal and deliberate measure.

Shot in the muted browns and blues that seem de rigueur in contemporary indie SF, but blessed with a subtle electronic hum of a score from Zak Engel, Ultrasound almost feels like it was birthed from the same research lab as Noah Hutton's brilliant PhD thesis on the gig economy, Lapsis. However, it deliberately lacks a brilliant central performance like that of Dean Imperial in the techno-satire, instead using its ensemble to create a patchwork of shifting sympathies. The balance is not always perfect: reflecting Stechschulte's chapterized approach to storytelling in the book, characters move into background and foreground, so much so with Katie's story that it's occasionally easy to forget that she's even there.

The key to decoding the narrative is that the more constant someone is, the less you can trust that they are who they say they are, pushing the actors to reinvent constantly. Thus it's Stephenson's Art, the seeming cuckold and obvious manipulator whose implorations set everything in motion, who provides the most twistedly charismatic performance in a film where just about everyone else undergoes constant and subtle resets. Honestly, he feels like he wandered in from the set of an Onur Tukel film, carrying the same sense of gleeful selfishness as his odious protagonists. That's an essential spark that adds an emotional level beyond the observed sadness of Ultrasound's clinical heart.

Ultrasound streamed as part of the Tribeca Film Festival 2021.