Gold, demons and dads in this Venezuelan docu-fiction 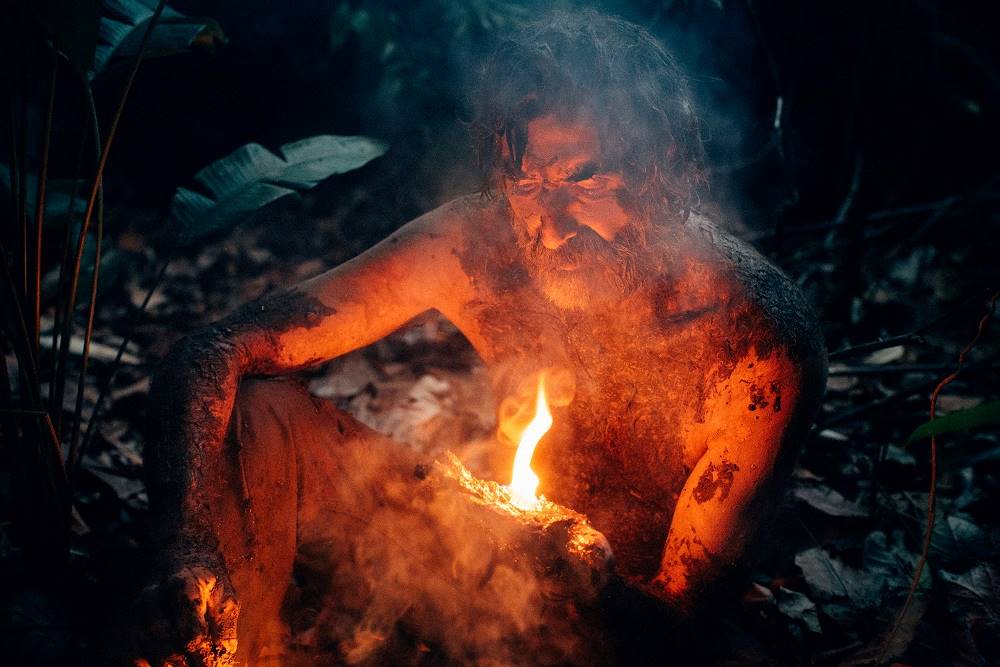 A car crash kicks off La Fortaleza, a meandering film that retains that sense of unease through a semi-fictional narrative of Venezuela’s societal dissolution, through the eyes of a man who himself is collapsing.

The use of shaky, POV camera often feels documentarian, and in fact the end credits reveal that the actors play a fictionalized version of themselves. Roque, played by director Jorge Thielen Armand’s father, Jorge Thielen Hedderich (Armand himself plays Roque’s filmmaking son up in Canada), is an aging alcoholic, tossed out of his parents house after one too many benders. He blames the unlivable situation in Caracas, and journeys into the Amazon jungle to fix up a dilapidated lodge he once rented out, on the way meeting up with an old friend from his misspent youth.

Yoni (Yoni Naranjo) is a dubious character, aggressively misogynistic and violently punitive to workers in his illegal gold mine that steal from him. This violence builds over the course of the film; at first it’s the exploitation of the natural world, then humans. It spreads to Roque as well, as he becomes more self-destructive and distrustful of Yoni; it’s as if the ambient violence of the environment seeps into his psyche. In one scene they’re out at a bar and Roque goads someone to kill a pig for fun; it’s then that the viewer knows something worse is coming.

Nature is an omnipresent force in La Fortaleza, portrayed with striking beauty by cinematographer Rodrigo Michelangeli. Mercury seeps into the water around the gold mines, poisoning the children; Roque rolls in mud on the jungle floor, wallowing in his misery; the gold itself is a seductive and destructive force in human lives. Armand seems to use it as a device to illustrate the inevitable dissolution of things, the helplessness humanity has to forces beyond its control. Roque grounds the viewer in a vicarious sense of feverish collapse, further foregrounded by Leila Bordeuil’s disjointed score; he coughs and vomits, poisoning himself with alcohol, he’s never able to rebuild his fortaleza (in Spanish, both “fortress” and “fortitude”) in the jungle to its former glory, ultimately succumbing to the same violence that Yoni embodies.

Several times Roque calls his son drunkenly and insults him – “maricón!” – later on, his act is semi-together and he’s back in Caracas, working in construction, Facetiming with his son who enjoys a stable life with a wife and kid in Canada. In contrast, Roque’s construction job in Venezuela seems futile, like building for a future that isn’t certain. The father and son in La Fortaleza bear witness to the crisis in Venezuela, from inside and out.