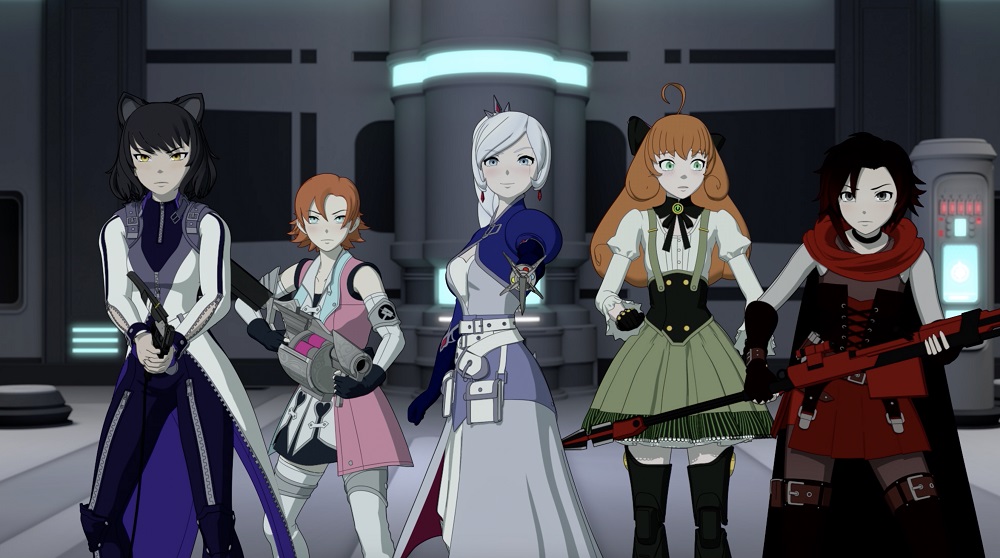 RWBY, one of the shows to be spotlighted at in the Animation Festival component Rooster Teeth's second virtual gathering, RTX at Home (Image Courtesy of Rooster Teeth)

Rooster Teeth lives online, that's for sure. The Austin-based nerdtastic media mini-empire has always been a streaming pioneer, and now it's taking its annual gathering of the fans, RTX, online for a second year. Today's opening announcement? The full lineup for the Animation Festival, its celebration of all things cartoony.

As streaming experts, the team at Rooster Teeth were better positioned than many festival organizers to make the jump to the virtual space last year (even if there was still a lot to the transfer from in-person to online). That could explain how they managed 1.77 million views over all platforms during the 11 day fest. For the second year in a row, RTX stays virtual, with the full fest running July 8-17, and the Animation Festival happening within that, July 9-16.

Obviously, the event concentrates on Rooster Teeth properties, with previews for the upcoming season of fan favorite action fantasy RWBY, the new season of Red Vs. Blue: Zero, a glimpse at season two of gen:LOCK (the star-studded mecha anime developed by Rooster Teeth and currently streaming on HBO Max), and a look at RT's new anthology show, Neon Konbini, which debuts today. However, the focus does pull out to broader issues, such as a panel hosted by industry nonprofit Women in Animation.

1pm RWBY Beyond: Beyond the new episodes, with a look at new tie-ins, video games, toys, and more.

1pm Red vs. Blue: Zero A cast-and-crew look behind the new era for the original RT animated show.

4pm The Ship-it Show LIVE Ah, the bane of fandom gets a friendly makeover as Tara Strong and Greg Cipes bring professionals and fan together to celebrate shipping.

2pm: A Decade of Death Battle Wiz and Boomstick look back on past and forward to the future of the fantasy fight matchup show.

Plus, for the major fans, RTX is now taking bookings for virtualized meet-and-greets and personalized video messages from Rooster Teeth regulars including Gustavo Sorola, Blaine Gibson, and more. They're available for RT First members exclusively until May 29, and then open up to the general public.