Paramount Summer Classics Are Back!

Celebration of classic cinema with Brando, Hitchcock, and 1971 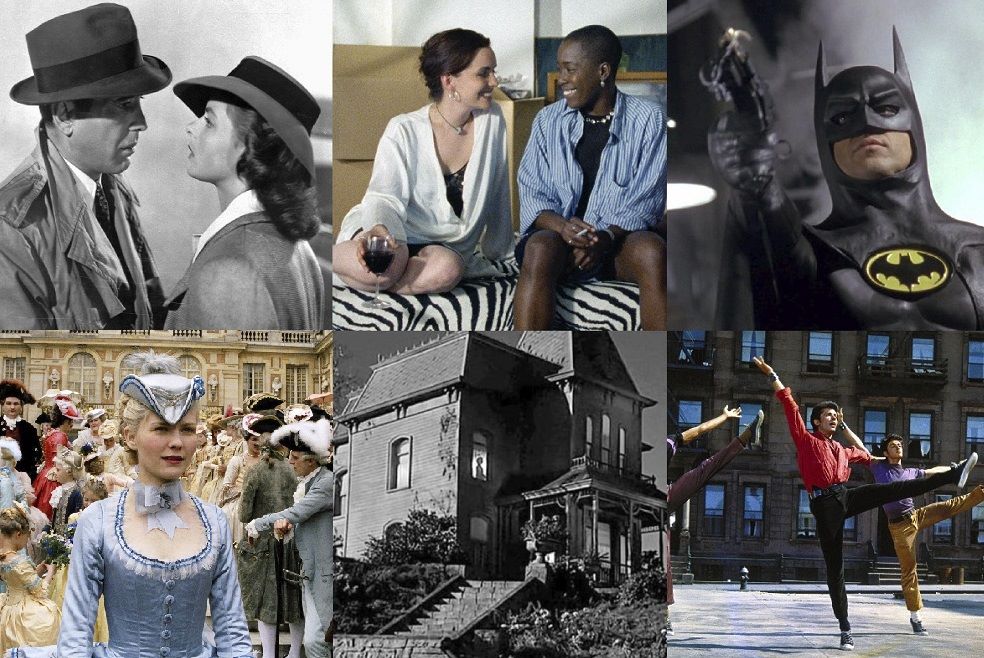 The Paramount Classic Film Series is back for the Summer, with titles familiar and extraordinary (clockwise from top left: Casablanca, The Watermelon Woman, Batman, West Side Story, Psycho, Marie Antoinette)

Where were you in 1971? Failing that, 1996? The Paramount Summers Classic Film Series is welcoming you back with a slate of vintage films that include the best movies that celebrate the gold and silver anniversaries this year.

Paramount film programmer Stephen Jannise echoed the sentiments of generations of movie lovers when he wrote, “It doesn’t really feel like a summer in Austin without the Paramount Summer Classic Film Series. That’s why we’re so excited to be bringing the annual tradition back this year in all its three-month-long glory!"

Today's lineup announcement is only the first of three, with extra titles to be added in June and July. Of course, it wouldn't the Paramount summer season without the traditional opening night screening of Casablanca, which this year not only kicks off the Summer, but also opens a run of films about travel under the banner Planes, Trains and…Ocean Liners? So pack your toothbrush and pillows for Planes, Trains and Automobiles, Monkey Business, and Strangers on a Train (which is far from the only Hitchcock title).

Homing in on legendary talents, there'll be a special tribute to Marlon Brando (Guys and Dolls, A Streetcar Named Desire, and On The Waterfront). Plus, as promised, there's the eagerly-awaited return of Hitchcock week, with To Catch a Thief, Psycho, North by Northwest, and a pair of screenings for the 75th anniversary of Notorious.

The anniversaries come thick and fast, with the special 50 Years Later series. It's the ultimate primer to 1971, with the gloriously mordant Harold and Maude and the just glorious Willy Wonka and the Chocolate Factory. For the Gen-Xers out there, Silver Anniversaries on the Silver Screen brings back the best of 1996, and that's quite a best-of list, including Fargo, Romeo + Juliet, and the home-grown vampires vs crooks classic, From Dusk Till Dawn.

In the summer when it seems like musicals are back (courtesy of In the Heights and Steven Spielberg's new version of Westside Story), there's a torrent of Terpsichore as Let's Dance brings Swing Time, The Red Shoes, and, yes, the original West Side Story to get your feet tapping.

And as a reminder that super heroes are nothing new on the big screen, some old favorites are back to fight evil, with the 1989 Batman and 1978 Superman, plus everyone's favorite bullwhip-wiedling archeologist/Nazi smasher, Dr. Indiana Jones, in Raiders of the Lost Ark.

Of course, pandemic safety is still an issue, so screenings will run at limited capacity with a socially distanced seating map, and everyone over 10 must keep their mask on unless eating or dinking (and, to make life easier, there'll be touchless ticketing and concessions).

Here's the full schedule. Tickets and info at www.austintheatre.org/film/classic-film-series.

May 30
1pm Monkey Business
3:40pm Strangers on a Train