Masters of the Universe Still Has the Power

New images from the Austin-made series for Netflix Time to strap on your chest armor, unsheath your Power Sword, and grab the keys to Castle Greyskull: Netflix has just dropped the first preview stills from Masters of the Universe: Revelations, the Austin-made animated series bringing He-Man back to the small screen.

The revamped series debuts on July 23, and picks up where the original show He-Man and the Masters of the Universe (based on the original Mattel Toys action figures) show up in 1984. Developed by showrunner Kevin Smith, and produced by Austin's own Powerhouse Animation (which has a long, long, long history with the Clerks moviemaker), the new Netflix series has assembled an astounding new roster of talent, including:

Plus, as a nod to the original series, listen out for the OS (Original Skeletor) Alan Oppenheimer as Moss Man

The war for Eternia culminates in Masters of the Universe: Revelations, an innovative and action-packed animated series that picks up where the iconic characters left off decades ago. After a cataclysmic battle between He-Man and Skeletor, Eternia is fractured and the Guardians of Grayskull are scattered. And after decades of secrets tore them apart, it’s up to Teela to reunite the broken band of heroes, and solve the mystery of the missing Sword of Power in a race against time to restore Eternia and prevent the end of the universe.

Smith has called the show both a jumping-on point for new fans, and bathed in the lore that fans will adore. He said, "We're playing with the original mythology and characters, and revisiting and digging deeper into some of the unresolved storylines. Visually we also made the conscious decision to lean into the Masters of the Universe line of toys for inspiration as well. Mattel owns this entire vast library of that artwork, so right away we wanted the show to open with classic pieces of that artwork. Mattel has been committed to this look since they first started as a toy line in the '80s, and now we’re leaning into it and honoring it.

Still, that plot synopsis makes things seem pretty bleak for the heroes of Eternia, but it's great news for Powerhouse, which sees the fourth and final season of its adaptation of Konami's monsterpiece gaming franchise Castlevania arrive this week.

These first preview images from episode 1-3 of the first five-episode first season have that distinctive muscle-bound look of the original show, but undoubtedly through that Powerhouse lens. A brutal-looking Beast Man? A battle-hardened Teela? Orka, but you don't want to throw him out of the window? What sorcery is this? 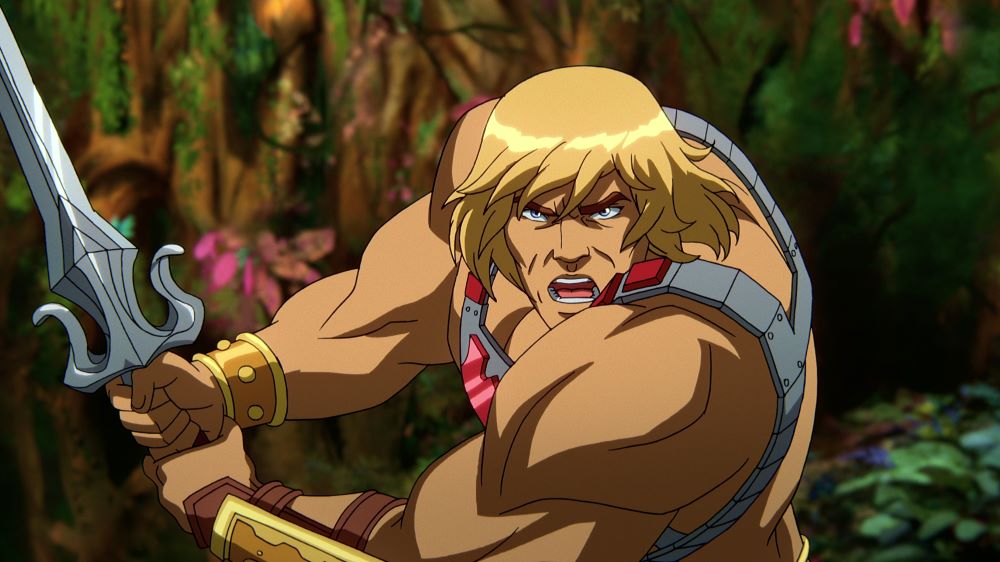 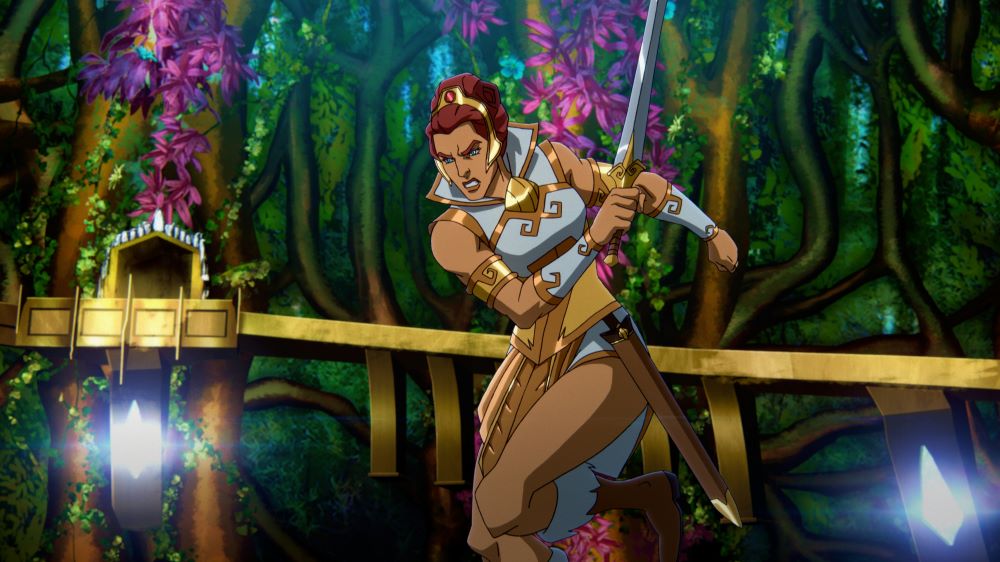 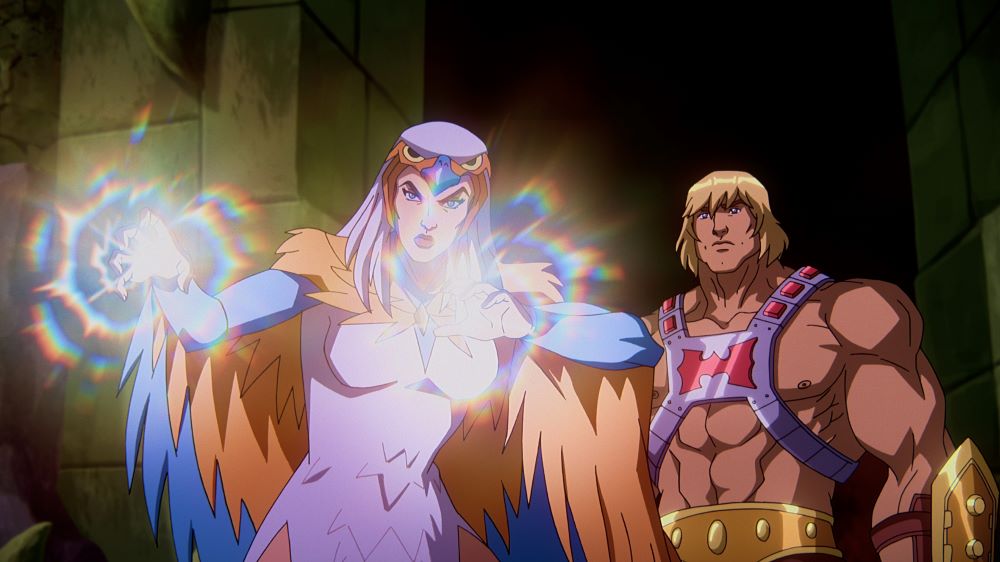 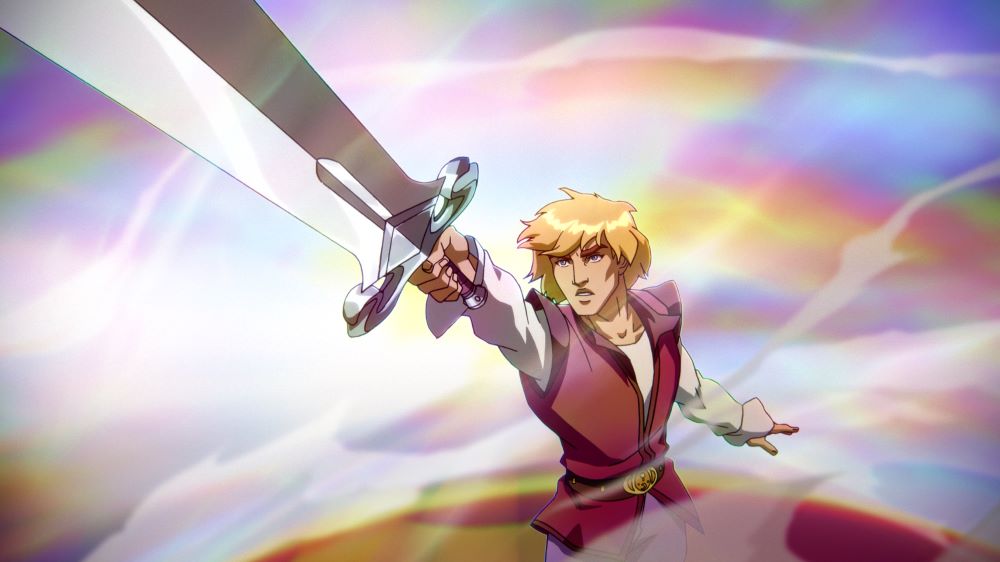 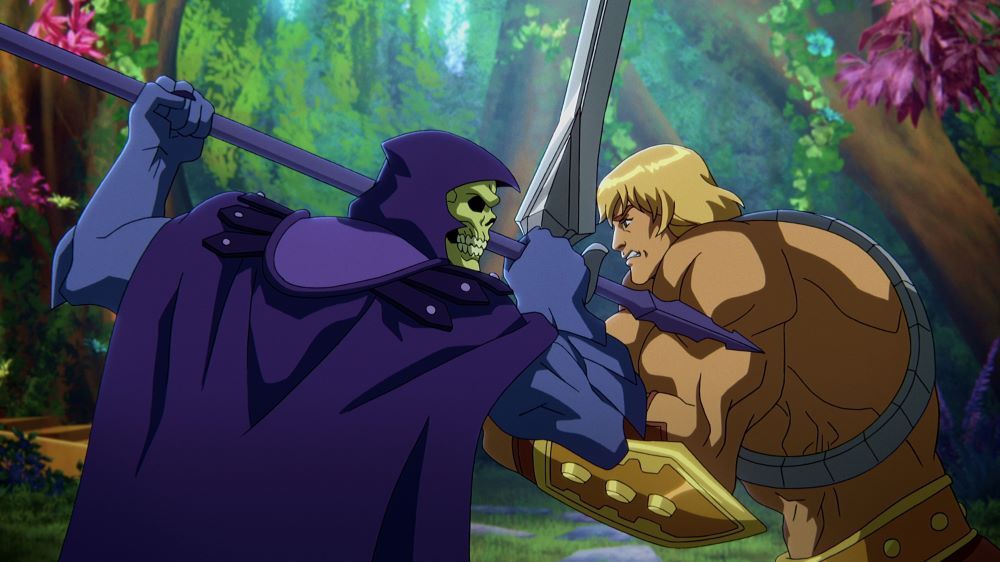 Catch the all-new Masters of the Universe: Revelations on Netflix starting July 23.