AFS Cinema Will Reopen This Summer With The Next Picture Show 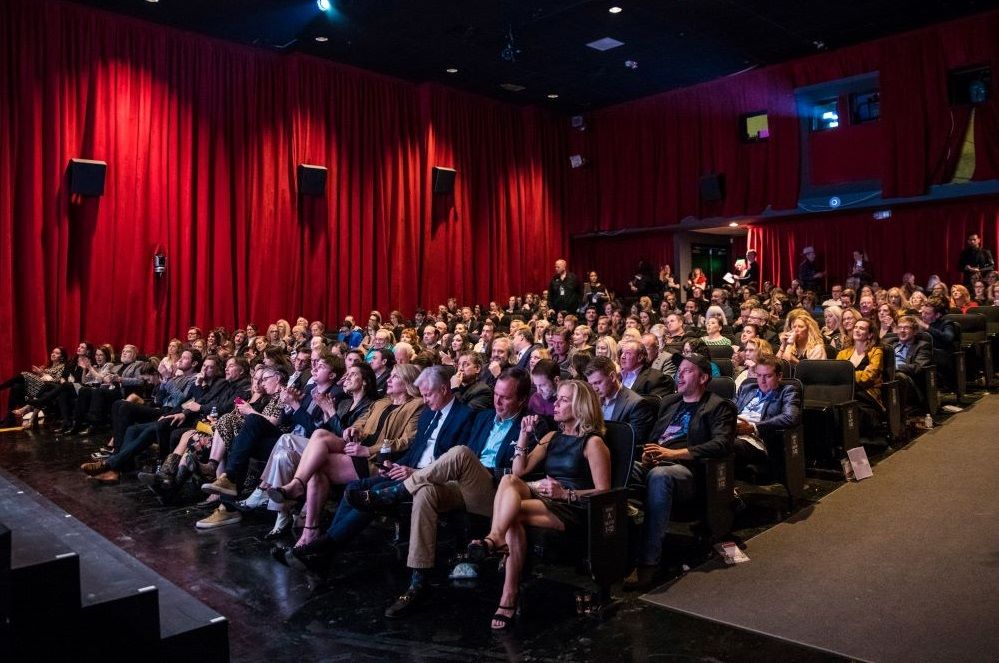 It's (nearly) time for the show. AFS Cinema is getting ready to reopen, and Austin Film Society has launched a Kickstarter to get the two-screen theatre glowing again. (Photo by David Brendan Hall)

AFS Cinema, one of the gems of Austin's film scene, is coming back, and Austin Film Society has launched a special fundraiser to get the projector shining and the screen glowing once more.

The cinema closed at the beginning of the pandemic: in the interim AFS has launched its AFS at Home virtual cinema streaming platform, as well as running drive-in screenings for special events like the Sundance Film Festival. However, with vaccination rates rising and audiences coming back to the theatre, the plan is to reopen the physical two-screen cinema at 6406 N. I-35 later this summer.

To cover reopening costs, AFS has launched a fundraising campaign, The Next Picture Show, running through until June 17. The goal is to raise $150,000 to cover training, repairs, increased Covid-19 safety features including HEPA air filters, and to fund increased community inclusion, outreach, and partnerships. If your donation is part of the first $50,000 given, it will go twice as far, as there will be a matching gift from long-time AFS supporters the Still Water Foundation.

Like all crowdfunding campaigns, there are perks, and they roll over from one tier to the next:

• $25 and up: AFS Cinema bumper sticker, plus a popcorn pass, and recognition in a special pre-show reel for the first three months after reopening.

• $50 and up: Special edition Next Picture Show t-shirt, in your choice of gold, red, or black.

• $100 and up: Watch-level AFS membership, plus an invite to the soft opening weekend.

• $299 and up: Love membership, plus a Criterion Blu-ray for the first 50 donors (choose from Beau Travail, The Before Trilogy, Fast Times at Ridgemont High, Irma Vep, Memories of Murder, Merrily We Go To Hell, Paris is Burning, Police Story, Slacker, or Touki Bouki).

• $500 and up: Love dual membership, plus a $25 gift card from Antonelli's Cheese Shop, Better Half, Easy Tiger, or Hold Out Brewing.

• $3,000 and above: How's about all those perks, including the Premiere dual membership, and a personalized voice mail message from Mike Judge, creator of King of the Hill and Beavis and Butthead?

AFS CEO Rebecca Campbell said, “When we were able to start the AFS Cinema in 2017 after 30 years of showing films around town, it was a dream come true. Our audiences were growing and our cinema had become a very special place in Austin, where people could come together and experience everything great about independent and arthouse film. We are ready to welcome back the entire community to take part in the rich and ever-expanding film culture that Austin is known for."

You can donate right now at Give Lively, and find out more about the campaign at www.austinfilm.org/the-next-picture-show.

AFS Cinema, Give Lively, The Next Picture Show