Drac's back as the blood-soaked horror animation returns 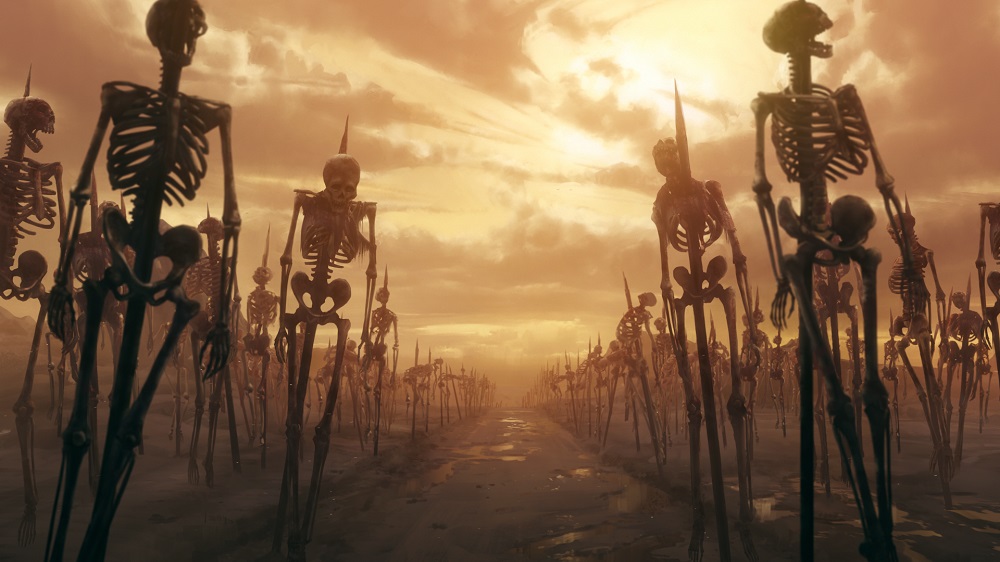 Someone's yard decorations may need some cleaning up when Dracula comes home in season 4 of Castlevania, Netflix's adaptation of the long-running horror gaming franchise, developed by Austin's Powerhouse Animation (Image Courtesy of Netflix)

Dead doesn't always mean dead, especially for the undead in Netflix's Castlevania. Yet even dead and buried doesn't seem to be a guarantee of a peaceful fate in the new trailer for season 4 of the supernatural gorefest from Austin's Powerhouse Animation.

Here's the logline and first trailer for season 4 of the animated series, adapted from Konami's expansive and massively successful gaming franchise:

As the trailer makes clear, a lot more is going on. Yes, it looks like our fearless vampire slayers are back on the Dracula beat as evil forces seek to bring back the series' ultimate evil ("why the fuck would anyone do that?" Belmont wisely asks). However, the Council of Sisters seem to be setting their own plans for world domination in process, having seduced and bound resurrection man Hector (Theo James) into their scheme. They're headed for a showdown with the equally ambitious Devil Forgemaster Isaac (Adetokumboh M'Cormack), hellbent on raising his own monstrous army. Of course, if someone does bring Dracula back, his plan for global destruction means conflict between all of these forces. Plus, with all his daddy issues, Alucard is likely determined to ensure that there are no happy family reunion.

With the series wrapping up with season 4, they all seem set on the road to Targoviste, where Dracula's apocalyptic war on humanity began. Look for the final battle to begin when the show returns on Netflix on May 13.