Mueller, Village to light back up across the summer 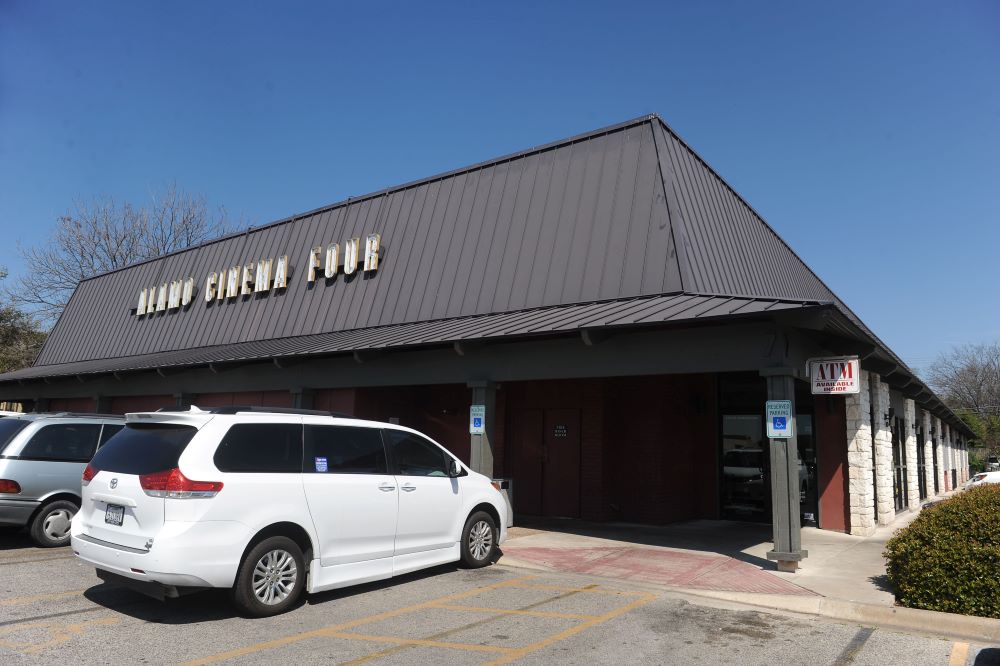 The Alamo Village, the oldest location in the Austin-based cinema chain, will reopen as part of a program to get 32 of its locations back in operation by the end of July (Photo by John Anderson)

The resurgence of the Alamo Drafthouse continues. The chain is heading out of pandemic-induced bankruptcy, and today has announced that it will be reopening a massive number of locations, including two of its Austin sites.

The chain opened its newest location, Montecillo in El Paso, on March 31, signaling that it was gearing up for a summer with higher Covid-19 vaccination rates, and major releases including Black Widow and Fast & Furious 9. However, the unexpected $50 million box office over the weekend, led by $20+ million grosses for Mortal Kombat and Demon Slayer – Kimetsu No Yaiba – The Movie: Mugen Train proved that (as Matthew McConaughey noted during the Oscars) the big screen is back. CEO Shelli Taylor said the weekend “wasn’t just the biggest for our theaters during the COVID era – in fact, it would have been pretty healthy in ‘the old days’ era."

The Drafthouse went into lockdown at the beginning of the pandemic, and has slowly opened locations for limited hours. Not every location made it, with New Braunfels, Kansas City, Mo., and the beloved Alamo Ritz in Austin closing permanently, and the planned Orlando location canceled. Moreover, the Drafthouse confirmed today that its Westlakes location in San Antonio will close permanently.

However, with 17 locations already open, the Drafthouse has announced today that 15 more sites will reopen between now and the end of July, totaling 32 locations nationwide. Locally, this means all five of the Austin locations will be open by the end of the summer. Lakeline, Slaughter Lane, and the mothership, South Lamar, are already open: Mueller will start screenings again on May 28 (with tickets going on sale May 17), while Village – the oldest continually operating Drafthouse in the nation – will reopen in July, just in time for its 20th anniversary.

However, we're clearly not out of the pandemic woods at all, and so the reopened sites will place extra emphasis on keeping everyone healthy, including HVAC upgrades, pre-ordering for food and drink, and, if you're still not ready to share a screen with strangers, the rent-a-theatre Your Own Private Alamo program. The end result, Tim League, Alamo Drafthouse founder and executive chairman, said, is the "most relaxing cinematic experience possible. We are thrilled to finally be able to bring what we’ve learned to New York, Los Angeles, and many other theaters for what we hope is the home stretch, and a colossal season of big movies."