This Is Your Brain on Conspiracies As Duncan Hits Panic Fest 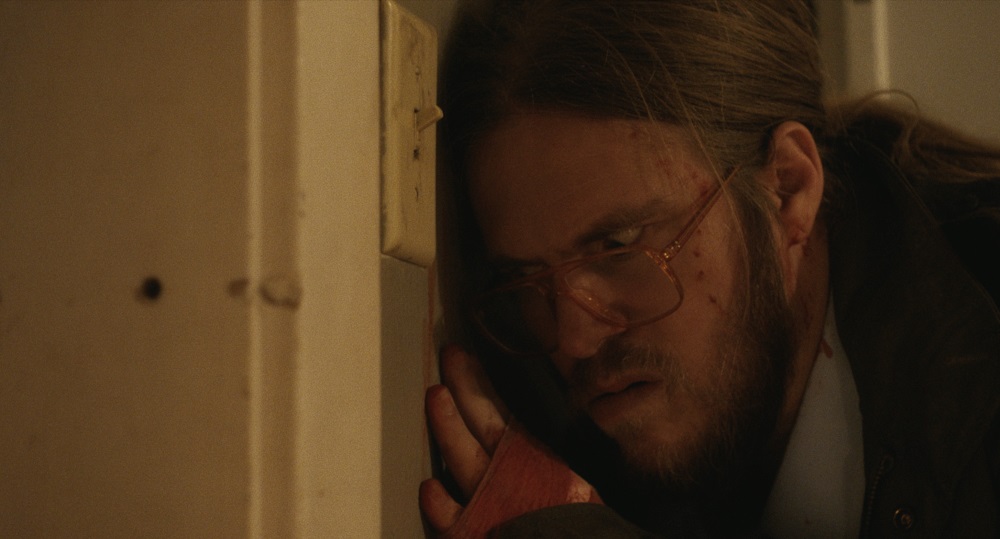 What's that old saying? If everyone's out to get you, you must be doing something right? That's kind of how Austin filmmaker John Valley feels when it comes to his Pizzagate satire Duncan, which is part of this week's streaming Panic Fest.

Not that it felt that way when he first released a trailer for the twisted comedy back in 2019. One of the first people to pick it up was a figure that Valley dubbed a "QAnon hive leader," who then spread the trailer to thousands of his followers. "He went, 'Oh my god, Hollywood's trying to squash our movement." This, Valley added, may have been the first time anyone had accused his micro-indie of being Hollywood. "It was hysterical to me," he said. "On one end of the spectrum, they're accusing me of siding with these right-wing psychos, and then from the right wing psychos they're accusing me of being a leftist shill. So I was caught in the middle of these two arguments that were completely missing the point and the nuance."

Say Pizzagate and QAnon, and all kinds of red flags get raised online as the Google Alerts start pinging. The internet is notoriously no place for subtlety, as Valley found out when he launched a Facebook page for the movie, got 15,000 followers - and it immediately got taken down in one of the mass purges of lunatic fringe material. He sighed at the memory: "It was this bizarre twist of the knife from the universe."

“I don’t think that there is a coincidence that QAnon supporters could be stood next to someone wearing a Nazi symbol on their shirt.” Duncan writer/director John Valley
So, now we've established that Duncan isn't crazy conspiracy garbage, what is it really about? Valley called it "first and foremost a satire, but it's also meant to be an empathetic look at a very troubled person." Duncan (Tinus Seaux) is exactly what the founding fathers weren't talking about when they wrote about well-regulated militias. He's a true believer, genuinely well-meaning, which is how he ends up as security for a documentarian (Alexandria Payne) who is convinced that there's a liberal demonic vampiric pederast lizard-people cabal under a pizza joint in Austin.

The inspiration came from the now-infamous Pizzagate incident, when Edgar Welch walked into Comet Ping Pong in Washington, D.C., armed to the teeth, demanding he be allowed to search for the kidnapped children that he heard were hidden in the basement. Valley said, "He turned himself in when he realized there were no children in the basement, because there was no basement." The crime shocked Valley, but then so did how quickly people laughed it off, or forgot about it, or didn't notice at all. Here was the tip of the QAnon iceberg "and all it turned into was a punchline for Colbert the next week, and I remember thinking, 'This could have been bad, and it could have been way worse. Why we do we have to wait until there's a bunch of people shot up to have a serious, sober conversation about this?'"

The situation didn't become quite that dire for Austin to start taking the situation seriously. Instead, it was the near-miss of when followers of Infowars chief troublemaker Alex Jones started beseiging Austin's own Eastside Pies (Jones finally had to issue a formal apology for his role in spreading the conspiracy). That, for many, was when Jones stopped being an adorable local crank, and became the spokesman for an increasingly unstable wing of American politics, often detached from reality. "I come from rural Iowa," Valley said, "and so I understand and I know when people are coming from who support Donald Trump, and support this right-wing movement, and I have family members who 100% believe in Pizzagate and QAnon, and have all but disowned me over this movie - even though they haven't seen it."

Miss out on what motivates a Welch, Valley argued, and you end up with Donald Trump, "where, lo and behold, not only is he the king of conspiracy theories but he's also the face of American racism."

It came down to one thought, Valley said: "These people are funny until they're not." That was an idea he'd been playing with in multiple scripts that he had drafted, none of which was really coming together. There was "a spiritual remake of Taxi Driver, and then I heard that Steven Soderbergh is going to do it, so I went, 'Well, I can't do that because I'm going to get completely overshadowed. So I moved on, and it turned into The King of Comedy and I heard that Todd Phillips is doing a Joker movie that is basically King of Comedy, so I can't do that." Gestating in both scripts was the figure of Duncan, this grimy, credulous, violent underdog, "and once Pizzagate happened I went, 'Oh, there it is. That's the vehicle I can drop this character into.'" 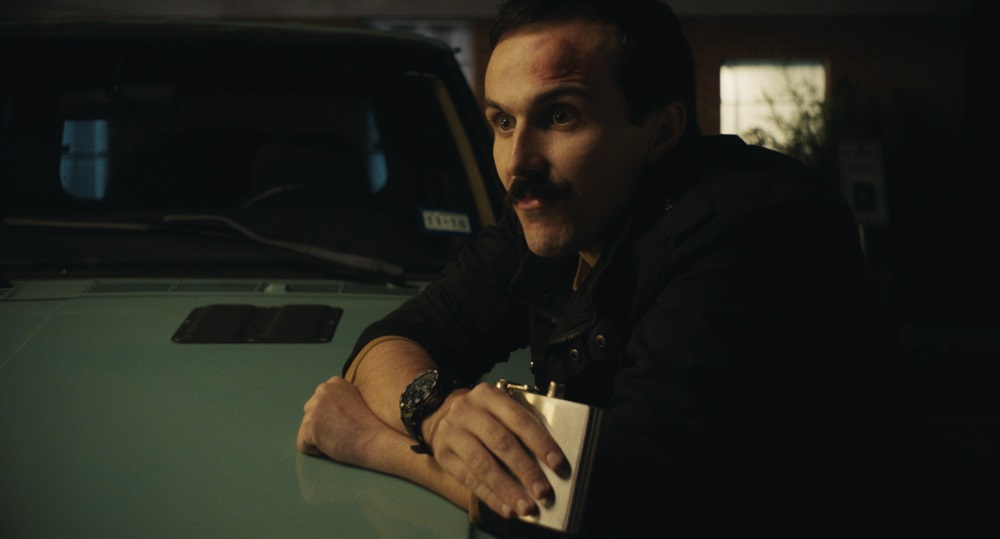 While Pizzagate was the key to fitting the script together, Valley wanted to look at the broader issue of how people become so detached from reality that they'll kill or die for what they believe, even if it's clear fiction. He said, "The part of our brain that is susceptible to fantastical thinking is an open well - whether it's a conspiracy theory or whatever your given organized religion is, or something like racism." He also wanted to more specifically tackle how many white men in particular ignore their own culpability in the country's inherent racism, especially among fringe groups. "I don't think that there is a coincidence that QAnon supporters could be stood next to someone wearing a Nazi symbol on their shirt, or they themselves are holding the Nazi flag."

But Valley also wasn't interested in making Duncan himself either a cardboard villain or a ridiculous poltroon. Instead, he wanted him to be explicable, because otherwise there was no reason in telling his story. He'd even been in Duncan's shoes a bit - at least, in the sequence when he drives down from Waco and is shocked by the ravaged Sodom and Gomorrah of the ATX. It's the Austin that conservatives have been selling to rubes outside of city limits, and Vally was able to draw on his own experience for Duncan's culture shock. "I remember the day I drove into Austin, driving my pickup from Iowa with all my shit packed in the back, seeing skyscrapers, and thinking the same thing: 'Oh, no, I'm in the big city now!'"

With all the controversy about the subject material, Duncan has had its own tough journey, with even people who liked the film worried about attracting the attention of Q crowd. At the same time, the trailer raising the ire of the conspiracy theorists got the film unexpected mainstream attention, and that got it on the radar of Austin-based Paper Street Pictures cofounder Aaron B. Koontz (Scare Package, The Pale Door). "He was like, 'Woah, what the hell is this?' and reached out to me.'" It was a union of minds that was meant to be, even if Valley didn't expect it to be on this project. He also has several horror projects gestating, and mutual friends had told him that he should connect with Koontz for those scripts. Instead, it was Duncan that brought them together. "Lo and behold," Valley said, "we're like two peas in a pod because of the people who wanted it shut down."