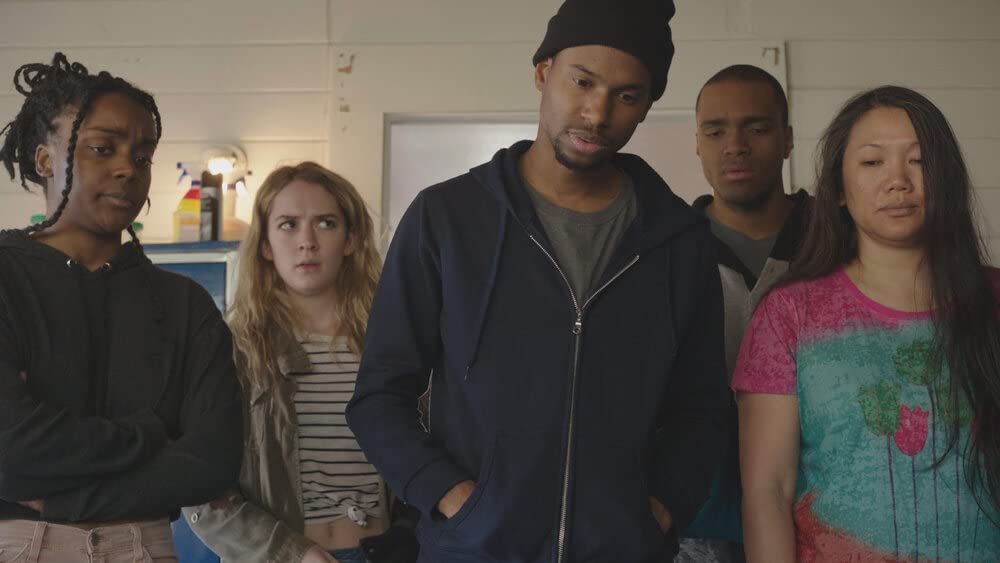 The sun may be up, but if you're in California you can catch today's world premiere of Austin-made rehab drama Addict Named Hal as part of the Santa Barbara International Film Festival - and even if you can't make it there, it's streaming through April 10 for badge holders.

Writer/director Lane Michael Stanley shot the autobiographically-inspired drama in Austin and Round Rock in early 2020 (read more here), with a cast and crew primarily drawn of current students and grads of the UT RTF program. Stanley completed the film in March, and it's starting its festival run.

Streaming tickets are still available, but if you're actually in Santa Barbara you can actually catch the in-person premiere at noon local time today (April 6) at their drive-in facility at Santa Barbara City College lower parking lots, 140 Loma Alta.

When young, sheltered Amy (Natalie L'Amoreaux) is sent unwillingly to a recovery house by her mom, the connections that she makes with everyone who lives there — including Hal (Ray Roberts II), a recently incarcerated heroin addict — have intense consequences. Inspired by writer/director Lane Michael Stanley’s experiences for six months in a halfway house for drug and alcohol recovery, this personal, intimate drama explores the everyday struggles, joys, and horrors of getting clean.

You can read our set visit report ("In Production: A Trip to Rehab in Addict Named Hal", Jan. 24, 2020), and we'll keep you updated on the film's progress.