Review: We Fell For Made For Love 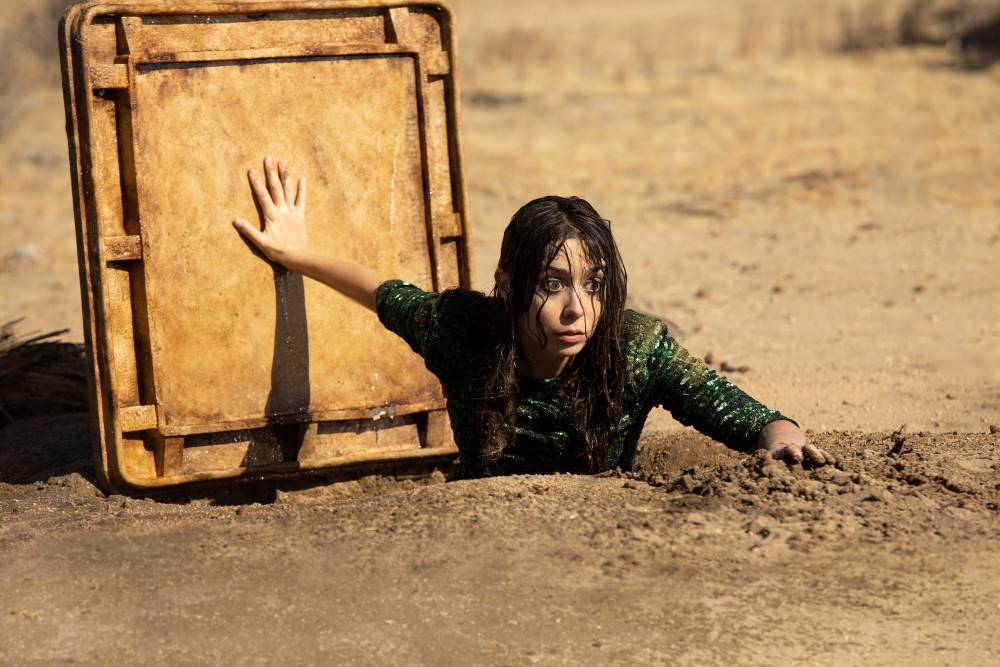 Hazel Gogol (Cristin Milioti) wanted a divorce long before her husband and tech CEO Byron Gogol (Billy Magnussen) inserted a chip in her head, allowing him to see her every move and track her “emotional data.” That, understandably, was the last straw.

The latest in Black Mirror-esque tech nightmares, HBO Max’s Made For Love premiered its first three episodes on April 2. Adapted from Alissa Nutting’s 2017 novel of the same name, the series tenses the moment Byron makes Hazel "Made For Love," the name of his romance-optimizing brain microchip. Splicing together Hazel’s desperate attempts at freedom and her secretly unhappy, ten-year marriage stuck inside a doorless tech campus called the Hub, the series unravels itself as a creepy, comically unhinged portrait of the extents of “love.”

The series oozes on-the-nose critiques. Byron’s Gogol Tech is a clear stand-in for our favorite search engine, while he himself is a conglomerate of the Mark Zuckerburg/Elon Musk/Jeff Bezos types — ultrarich, reclusive, and obsessed with control. He chuckles at news footage of riots caused by Gogol’s latest tech release. However, obvious criticisms of corporate tech giants don’t dismiss its other narrative explorations. With Hazel laughably as our audience surrogate, Made For Love wades into self-awareness.

Though Made For Love’s premise could easily go stale, its riveting performances and unravelling characters point to greater substance. Milioti shines through what first appears to be a run-of-the-mill dystopia as “Byron’s secret weapon,” who’s forced to take naps and rate her orgasms. No stranger to off-her-rocker sci-fi roles, Milioti has previously been trapped in a co-worker’s video game in an Emmy-winning "USS Callister" episode of Black Mirror and Groundhog Day-ed at her sister’s wedding in Palm Springs. She masters the worry-tinged smile and sharpness of someone completely unhinged. Milioti paints Hazel’s distress with comical intensity; though at the same time, her beady, doe-eyed delirium is a relatable reaction. Hazel parallels the audience in her recognition of absurdity, something that becomes increasingly clear across the show’s first three-episode arc.

Magnusson’s Byron balances sly entitlement and suspicious sensitivity, a recipe for blatant manipulation. His natural advancement into the industry of “emotional data” reflects his delusions: “We’ve created your phones, your computers, your software. Now it’s time for love to evolve, too,” he proudly states in an advertisement. When others show hesitancy about the willingness of the public to install chips in their brains, Byron pushes back with more hurt than anger. His easily bruised ego masks fallacies as justifications: why would you want privacy when secrets lead to divorce?

The lack of trust between the pair was always stewing below the surface, which makes the contrast between the before and after Hazel’s escape feel more like an elusive mystery than a cheap framing device. The eventual bubbling over sees Byron in a moment of honesty: “I had to read your diary first, to know if I could let you read mine.” Yet his unreliable guise of authenticity leaves room for him to snap. His obsession is terrifying, but Hazel’s duty to piss him off spirals into something hilarious. 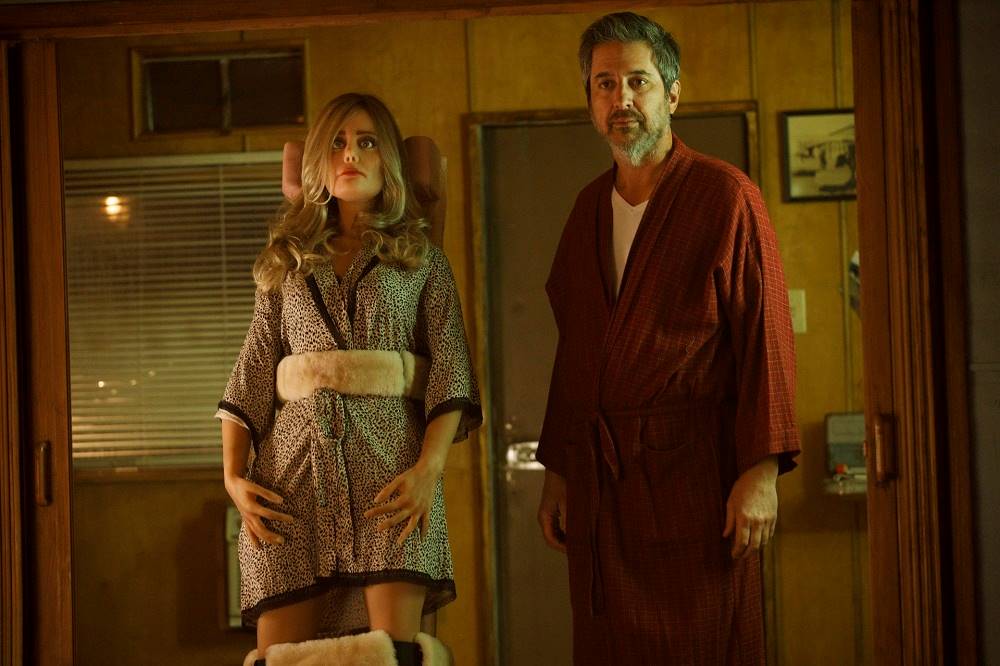 With more to bite into as it progresses, Made For Love has less to say about the increasingly terrifying tech landscape and more about the human need for love — and how it gets warped by our desires for personal autonomy and outward control. Even Hazel’s perpetually drunk father (Ray Romano) has a better relationship with his “synthetic partner,” Diane — essentially a sex doll — than the Gogols do with each other. While sci-fi tends to use its world as a vessel to explore humanity, Made For Love’s absurdity adds a laugh to it.

The series’ first three episodes carve out two tones: one darkly funny and hysterically fraught, and the other a constant, suspenseful tip-toe. The next three episodes won’t be available until April 9, with the final two following the week after, on April 16. HBO Max followed a similar release cycle for other shows (Search Party, Lovecraft Country), avoiding the one-day drop that encourages a single-sitting binge watch.

Prompting a more reflective viewing experience, Made For Love’s first three episodes gained its footing as a balancing act, but concluded in a resolution that teems with Byron’s emotional instability. So, we’ll sit with that stewing energy for another few days, awaiting the only satiation: Milioti’s cold stare and devious smirk. Perhaps with Made For Love, you can start microdosing television again.